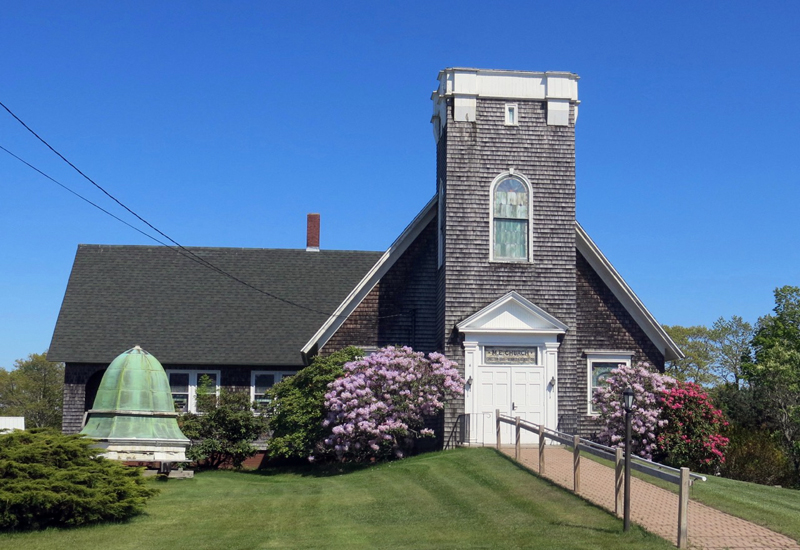 Accidental, a clarinet quartet from the Midcoast area, will perform a benefit concert for the United Methodist Church of New Harbor at 7 p.m. on Thursday, June 20.

This is the first of several concerts planned for the summer. Accidental’s repertoire includes music from the baroque to contemporary, something for everyone, including jazz and ragtime as well as classical and spiritual. Its members are David Collier, Beth Whitney, Beth Foster, and Greg Anderson.

The church was built in 1911 after an accidental fire that started nearby entirely destroyed it. Being 108 years old, it is now in need of some repairs, the major one being the replacement of its steeple, which was taken down for safety reasons in November 2015. Architects have nearly completed the new design and estimates.

Events for the summer planned to date will be on alternate Thursdays at 7 p.m. On July 11 will be a story hour facilitated by Robert Ives, a previous minister of the church, and it will include Jack Brackett, Brian Sawyer, and Steve Hope talking about what it was like to grow up in the New Harbor area. It is hoped the audience will participate. On July 25, the music duo of Richard Kinney and Jamie Delaney will perform a variety of music.

Doors to the church will open at 6:30 p.m. and refreshments will be available after the program. Donations will be welcomed.