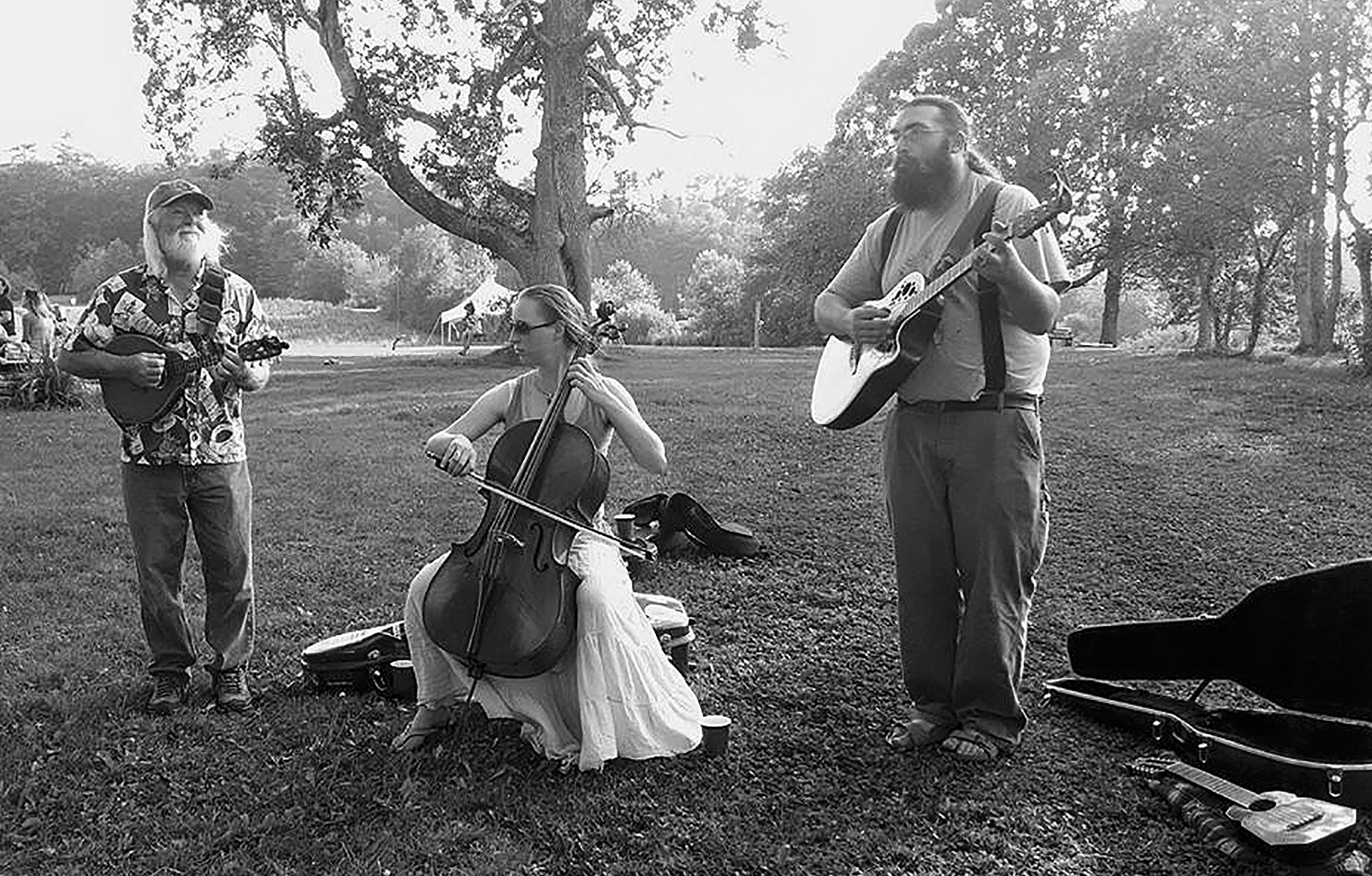 St. Paul’s Union Chapel, at 1075 Dutch Neck Road in Waldoboro, is pleased to announce its first musical gathering of the summer at 8 p.m. on Saturday, July 8, featuring the Ale House String Band, consisting of Oren Robinson, April Reed-Cox, and Brian Dunn. The band, formed as a pickup group at The Narrows Tavern in Waldoboro, has been actively performing its unique style of folk music at a variety of venues up and down the coast of Maine for almost a decade.

The band’s sound, which the band refers to as “chamber folk,” melds the theory and techniques of classical music with traditional folk styles.

In 2013, the band released its debut album of traditional songs, “Affairs of Common Living,” and it currently has a five-song EP out that is only available at the group’s live shows. A full album of original music, “Chasing Gold,” will be released this summer.

Concert attendees are encouraged to come early, and to bring a picnic and enjoy the beautiful setting. The suggested donation for this event is $10.