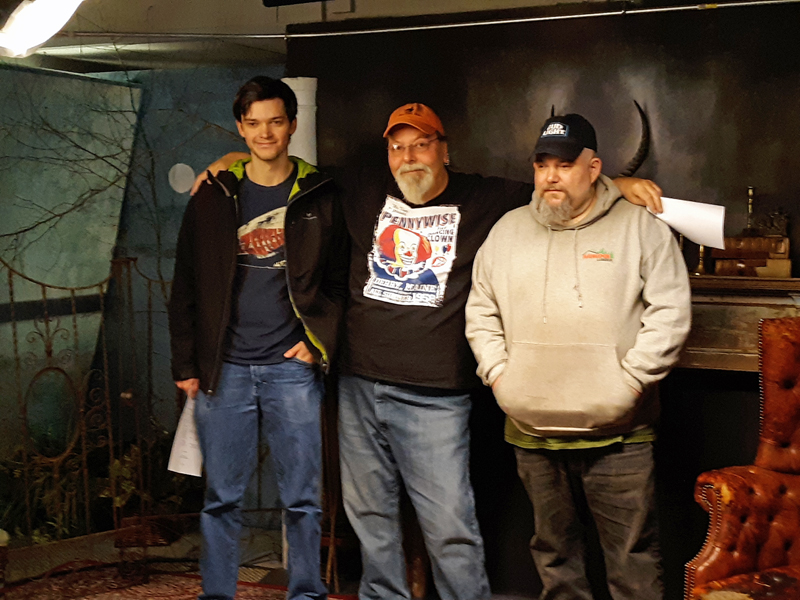 Local artist and “Master of the Macabre” Glenn Chadbourne recently met with his production crew and program sponsor at a very creepy set designed by LCTV for the upcoming “Gruesome Glenn’s Friday Fright Night” series.

Program sponsor Mike Welch, owner of Mike’s Place in Newcastle, is excited that LCTV Executive Director Stephen Popp and crew will begin filming next Monday, May 20 at the LCTV studios.

The 40-week-long horror series will broadcast with its premiere episode airing on Friday, May 24 at 9:30 p.m. The Friday-night horror series can be viewed on channel 1301 Spectrum or via live-streaming at lctv.org.