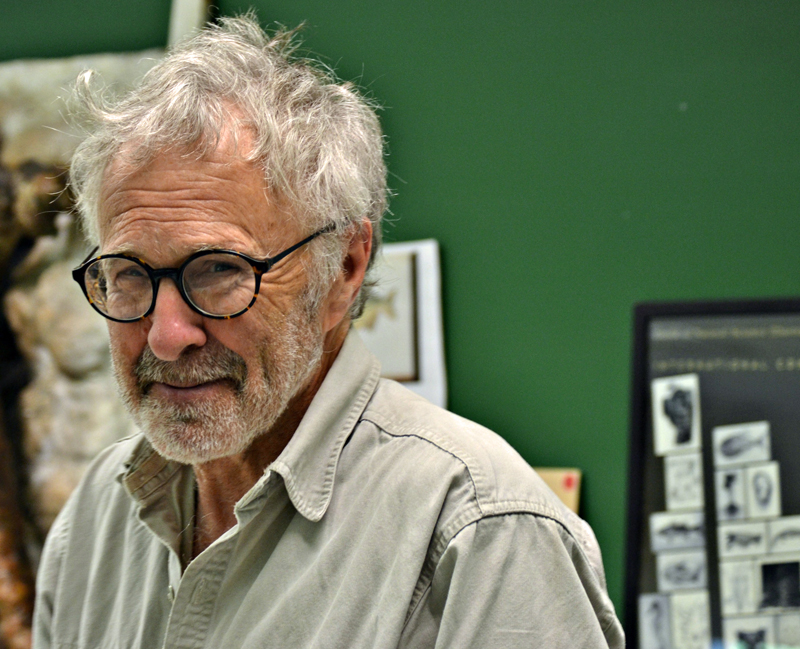 The University of Maine’s Darling Marine Center is known as the hub of research and innovation, and for one week in the summer, it is also an art studio.

For the past eight years, the marine center has hosted natural-science illustration workshops led by David Wheeler. Before moving to Maine two years ago, Wheeler taught illustration to college students in New York for more three decades.

Last July, Wheeler and his wife, Catherine Sanderson, opened Habitat: Open Ocean, a museum in Harpswell that houses scientific illustrations and artifacts from around the world that the couple collected.

“I have somewhere around 6,000 specimen and objects, maybe more,” said Wheeler.

In today’s world, taking the time for creative pursuits seems almost impossible. In essence, Wheeler provides a place, tools, and most importantly, the time for people to unleash their inner artists. He brings his expertise as an illustrator and his enthusiasm for the natural world with his collection of fossils, bones, and objects found in ocean habitats, including an ear bone of a blue whale and a skull of a turtle.

After collecting samples of nature in fields and forests, and on the banks of the Damariscotta River, the workshop participants return to the classroom to sketch. Picture a typical marine science classroom, equipped with microscopes, Petri dishes, and a touch tank. Now imagine it transform into an art studio, with colorful paints and brushes scattered on the desks and vivid illustrations hung up on the blackboard. It is as if the room gets a breath of fresh, artistic air.

For Linda and Terry Castor, of Illinois, this workshop has become an annual tradition. Five years ago, Linda Castor, a natural science illustrator by training, read an article about Wheeler’s workshop at the Darling Marine Center. She convinced her husband, an electrical engineer, to sign up for the workshop and embark on a journey to renew their ideas about natural science illustration.

“The Darling Center became a special place to us,” Linda Castor said. “Here, I get to be among people who appreciate science and art as much as I do.”

The workshop wraps up with an exhibition of the participants’ work.

For more information about the Natural Science Illustration Workshop and the Darling Marine Center, go to dmc.umaine.edu. Wheeler and Sanderson’s museum is located at 6 Cod Row, Harpswell. Entry is free. Visits are by appointment and can be made by calling 833-2477.

Located in Walpole, the University of Maine’s Darling Marine Center is an active center of marine research, education, and community engagement. The center studies coastal and marine ecosystems, as well as the human communities that are a part of them, in Maine and around the world.