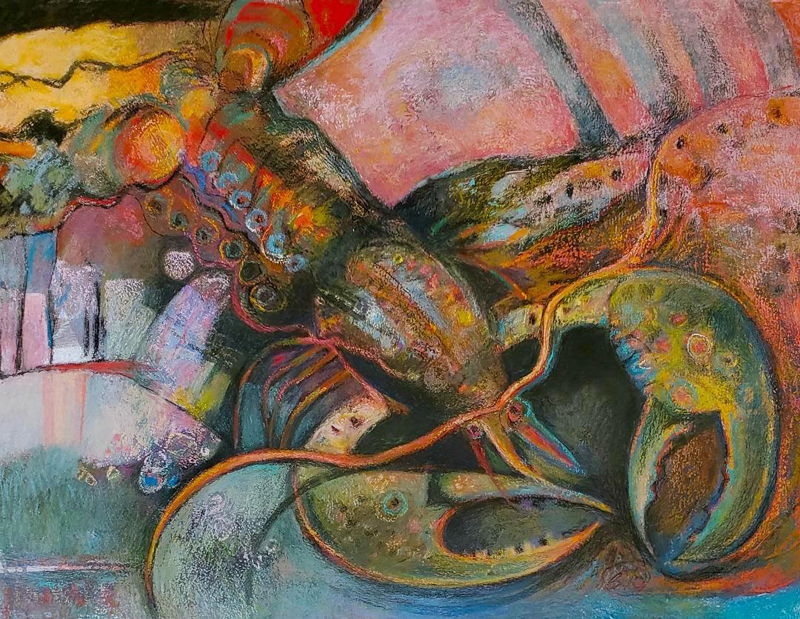 Artwork by Bernadette de Cesare will be on exhibit at the Bristol Area Library for the month of June. 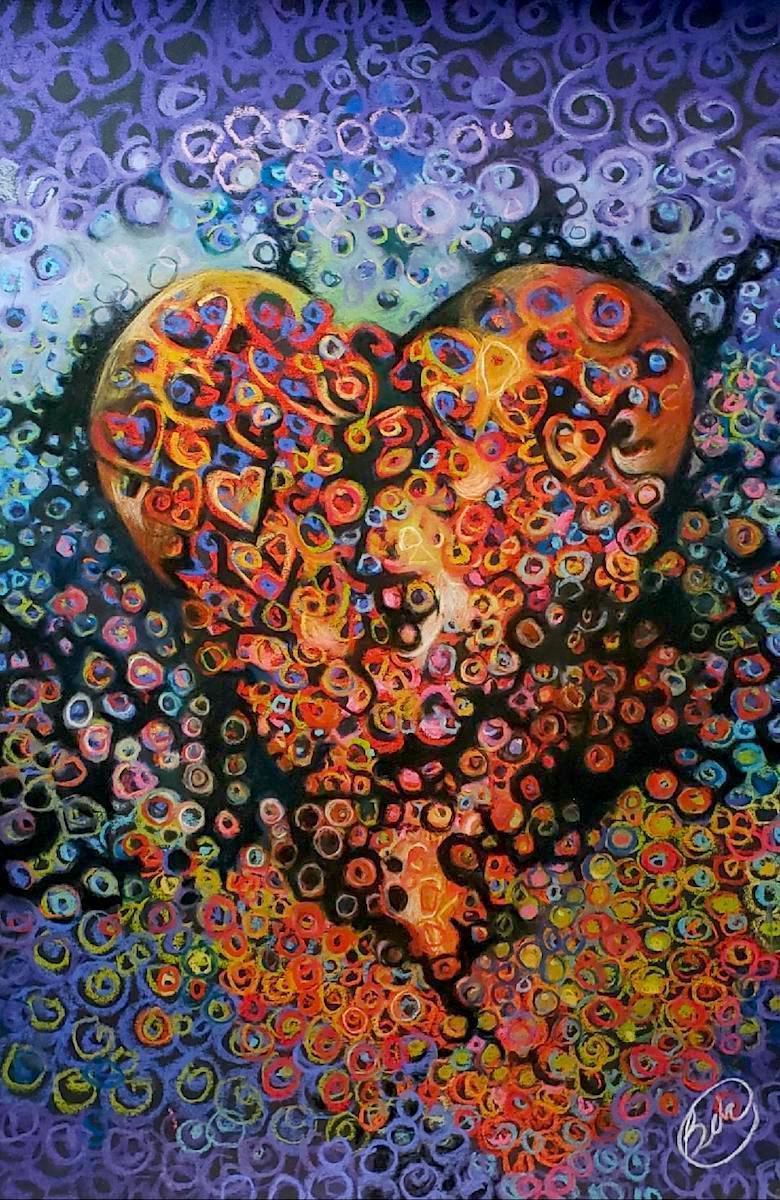 An award winning artist, de Cesare weaves symbolic imagery and mystical connections throughout her work. They emerge from a form of daydreams, where she reaches into her home life, people, animals, landscapes, metaphysical studies, social and current events. The results at times vary from simple to complex patterns that include images of deep-felt stories.

Color is a powerful element which aids in representing her personal style. They reflect her ever-changing choices where, as she says, “the realm of the subconscious is part of the journey.” Her mediums were mostly in oil and acrylic until about a decade ago, when the discovery of the soft pastel medium has given her an extraordinary selection of colors seen throughout her work. Over the past few years, the acrylic medium has returned with a passion.

A Brooklyn native, de Cesare graduated from the Parsons School of Design into the kaleidoscopic of the New York art world of the 1960s and 1970s, where she supported herself as a fashion illustrator and graphic designer as her own art developed. De Cesare has received numerous awards and recognitions over the years from many art organizations and pastel societies, and her works are in private collections around the country.

Motivated to live closer to their sons, de Cesare and her husband illustrator /designer Bob Morello, moved to Maine’s Midcoast area in 2017, where they share fond memories of many summer vacations over the years. She welcomes the observer to connect to her paintings and share in her journey. Her Facebook page shows current activities and new art. For more information visit bdecesare.com.