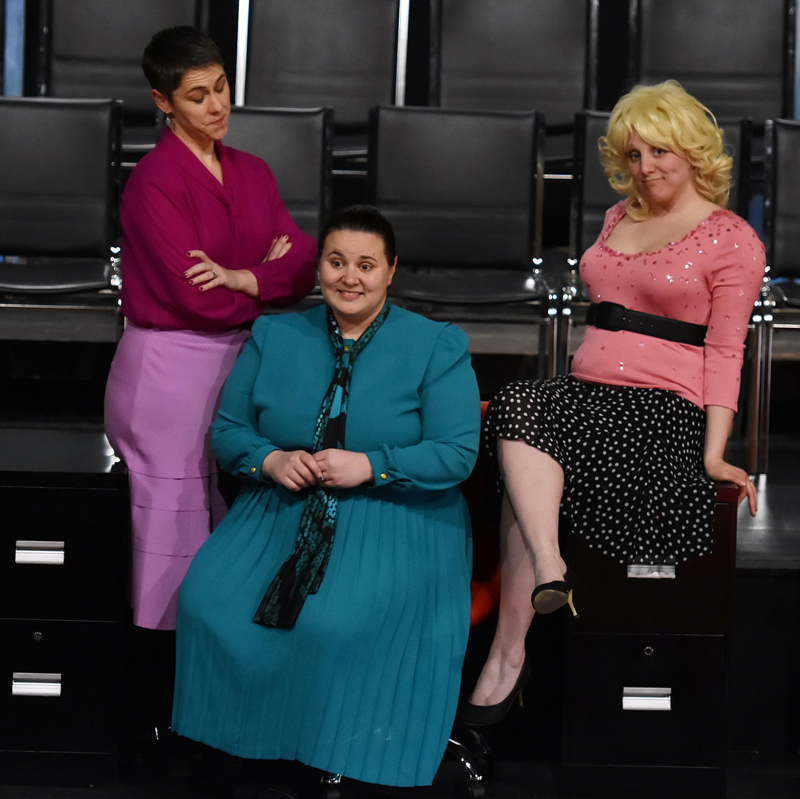 Weeks of rehearsals are over, the set built, the lyrics learned. The performing company consists of leads, a chorus, and an orchestra of more than 50 people. More folks are working behind the scenes. It truly “takes a village” to put on a live musical production.

And now, “9 to 5: The Musical” takes to the stage for a feel-good time. Come chase away the winter blues and spring grays with some country-pop bright colors and Dolly Parton magic. Tickets are available at the door starting one hour prior to the performance. Curtain going up!

With music and lyrics by Dolly Parton and the book by Patricia Resnick, “9 to 5: The Musical” is based on the seminal 1980 hit movie, which starred Parton, Jane Fonda, and Lily Tomlin. Set in the late 1970s, this hilarious story of friendship and revenge in the Rolodex era is outrageous, thought-provoking, and even a little romantic.

From a handful of beginners, the program has developed in to a thriving membership, currently around 40-plus musicians who range in age from 7 to over 80. The orchestras rehearse weekly throughout the school year and offer two concerts each year, which are free and open to the public. Concert is Tuesday, April 10 at 7 p.m.

In 1937, the Nazi regime held two exhibitions in Munich, one to stigmatize “degenerate art” and one, personally curated by Hitler, to glorify “classic art.” Revealing the Nazi obsession with art, “Hitler vs. Picasso and the Others” offers viewers a rare look at condemned works that have finally come to light.

Cidny Bullens is a two-time Grammy nominated American singer-songwriter who debuted as a backup vocalist with Elton John and Rod Stewart in the 1970s. In 2012, Bullens came out as transsexual and changed his name from Cindy to Cidny. As an artistic outlet for coming out as transsexual, in February 2016, Bullens premiered a “one wo/man show” titled “Somewhere Between — Not an Ordinary Life.” Nashville Scene voted it Best One-Person Show of 2016.