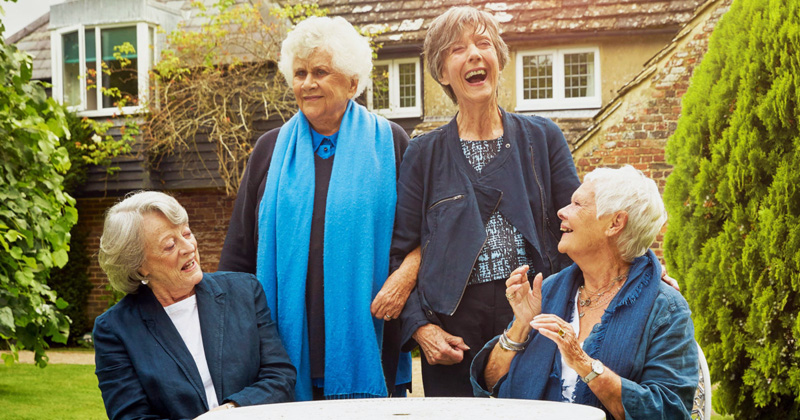 Music, conversation, laughter, and much more this week as we head further into fall and the last week of October.

Following its record-breaking, sell-out run in London’s West End and national tour, the critically-acclaimed musical “Funny Girl” is broadcast to Lincoln Theater, featuring Sheridan Smith in “an unforgettable star turn” (The Times). “Funny Girl” is semibiographical, based on the life and career of Broadway star, film actress, and comedienne Fanny Brice, a role made famous by Barbra Streisand on Broadway and in the 1968 film adaptation, and her stormy relationship with entrepreneur and gambler Nick Arnstein. Plays Thursday, Oct. 25 at 2 p.m.

Hosted by Aaron Robinson on Thursday, Oct. 25 at 7 p.m. This is a free event.

Dames Eileen Atkins, Judi Dench, Joan Plowright, and Maggie Smith have let the cameras in on a friendship that goes back more than half a century. The four acting greats discuss their careers and reminisce about their humble beginnings in the theatre. Plays Friday, Oct 26 at 2 and 7 p.m.; Saturday, Oct 27 at 7 p.m.; Sunday, Oct 28 at 2 and 7 p.m.; and Wednesday, Oct 31 at 2 and 7 p.m.

Join us to celebrate 150 years of this American classic with free showings of the first major dramatization of Louisa May Alcott’s novel about the lives of the four March sisters during the American Civil War as they learn to navigate love, loss, and the trials of growing up. The final episode plays Saturday, Oct. 27 at 10 a.m. This is a free event.

Soprano Eva-Maria Westbroek sings Puccini’s gun-slinging heroine in this romantic epic of the Wild West, with the heralded return of tenor Jonas Kaufmann in the role of the outlaw she loves. Conducted by Marco Armiliato. Screens Saturday, Oct. 27 at 1 p.m. Pre-opera talk with Dr. Mort Achter, “The ‘Exotic’ in Opera: America as the Last Frontier,” at 11:45 a.m.

Alan Bennett’s sharp and hilarious new play is “just what the doctor ordered” (Daily Telegraph). The Beth, an old-fashioned cradle-to-grave hospital serving a town in Yorkshire, is threatened with closure as part of an efficiency drive. A documentary crew, eager to capture its fight for survival, follows the daily struggle to find beds on the Dusty Springfield Geriatric Ward and the triumphs of the old people’s choir. Captured live at London’s Bridge Theatre during its limited run. Don’t miss this acclaimed production full of “sing-alongs and stinging wit” (Guardian). Plays Thursday, Nov. 1 at 2 p.m.