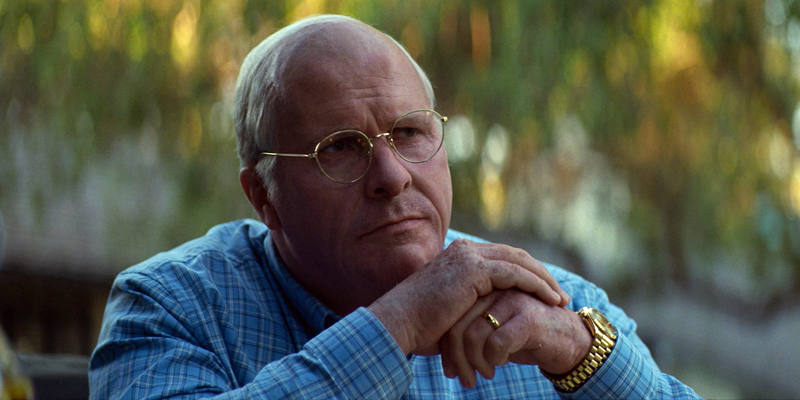 The Oscar contenders continue this week as we also launch the first in a series of seven new art exhibition films, bringing some of the finest art in the world to the big screen at Lincoln Theater.

When Bush wins by a narrow margin, Cheney begins to use his newfound power to help reshape the country and the world.

Bale is winner of the Golden Globe: Best Performance by an Actor in a Motion Picture — Musical or Comedy.

Take a fresh look at Vincent van Gogh through the legacy of the greatest private collector of the Dutch artist’s work: Helene Kroeller-Mueller (1869-1939), one of the first to recognize the genius of van Gogh. In the early 20th century, Kroeller-Mueller amassed nearly 300 of Van Gogh’s paintings and drawings now housed at her namesake museum in Holland. The Basilica Palladina exhibition in Vicenza, “Amid Wheat Fields and Clouded Skies,” with 40 paintings and 85 drawings on loan from the Kroeller-Mueller Museum, lends the basis of this program, revealing van Gogh’s art and his genius, while allowing audiences to understand the importance of drawing as part of his craft.