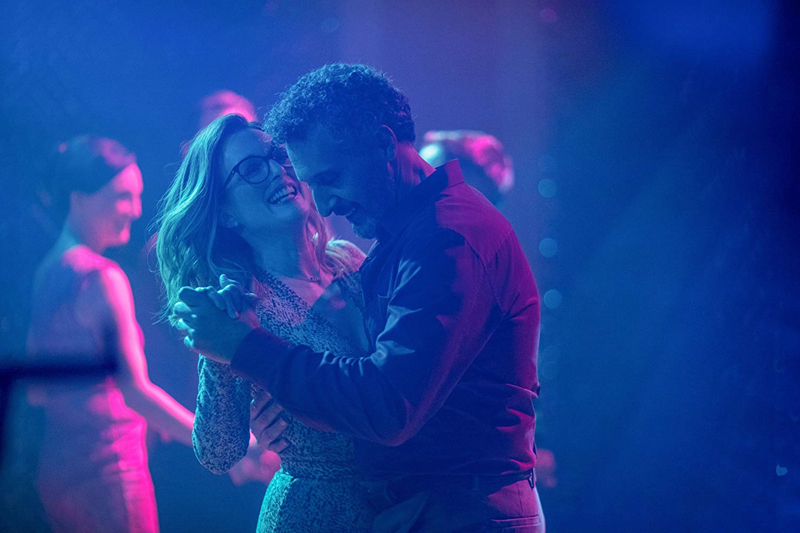 “Sister Act” is now a wonderful memory – and hopefully many of the songs continue to be hummed as people walk along. The theater is now back up and running with its wide variety of programming. This week, which includes, art, music, movies – including the second Harry Potter movie of our free eight-film series – is a good example of life at Lincoln Theater.

“Klimt & Schiele: Eros and Psyche” recounts the start of the Vienna Secession, a magical art movement formed in the late 1890s for art, literature, and music in which new ideas are circulated, Freud discovers the drives of the psyche and women begin to claim their independence. It was a movement that marked a new era outside the confines of academic tradition.

At the heart of Vienna Secession were artists Gustav Klimt and his protege and dear friend Egon Schiele. This exhibition proves an in-depth examination of images of extraordinary visual power: from the eroticism of Klimt’s mosaic-like works to the anguished and raw work of the young Schiele in his magnetic nudes and contorted figures against the backdrop of nocturnal Vienna, full of masked balls and dreams imbued with sexuality.

Plays Friday, April 19 at 2 p.m. Tickets: $15, adults; $13, Lincoln Theater members; $5, youth age 18 and under. Tickets available through the Lincoln Theater box office and at the door.

Gloria (played by Julianne Moore) is a free-spirited divorcee who spends her days at a strait-laced office job and her nights on the dance floor, joyfully letting loose at clubs around Los Angeles. After meeting Arnold (John Turturro) on a night out, she finds herself thrust into an unexpected new romance, filled with both the joys of budding love and the complications of dating, identity, and family.

From Academy Award-winning director Sebastian Lelio (“A Fantastic Woman,” “Disobedience”) comes a sophisticated romantic comedy that shows love can strike at any time, relationships are never simple, and nothing can get you down as long as you keep dancing.

‘Harry Potter and the Chamber of Secrets’

The second film in Lincoln Theater’s Stories to Screen program, featuring the Harry Potter films, based on the novel by J.K. Rowling about young wizard Harry Potter’s adventures at Hogwarts School of Witchcraft and Wizardry.

A mysterious elf tells Harry to expect trouble during his second year at Hogwarts, but nothing can prepare him for trees that fight back, flying cars, spiders that talk, and deadly warnings written in blood on the walls of the school.

From the National Gallery in London and the Rijksmuseum in Amsterdam, and back by popular demand!

Every Rembrandt exhibition is eagerly anticipated, but this major show hosted by the National Gallery and the Rijksmuseum was an event like no other. Given privileged access to both galleries, the film documents this landmark exhibition, while interweaving Rembrandt’s life story with behind-the-scenes preparations at these world-famous institutions.

Exploring many of the exhibition’s key works through contributions from specially invited guests, including curators and leading art historians, this Exhibition on Screen favorite makes a welcome return to the big screen, marking the 350th anniversary of Rembrandt’s death.

For many, Rembrandt is the greatest artist that ever lived, and this deeply moving film seeks to explore the truth about the man behind the legend.

Plays Saturday, April 20 at 2 p.m. Tickets: $15, adults; $13, Lincoln Theater members; $5, youth age 18 and under. Tickets available through the Lincoln Theater box office and at the door.

Forty-plus musicians ranging in age from 7 to over 80 present their spring concert. The Seacoast Youth and Community Orchestras perform under the baton of professional violinist Ferdinand Liva, of the DaPonte String Quartet, and Kaity Newell conducts the beginner orchestra. The program consists of three orchestras of three differing levels: primo, mezza, and avanzata. The members come mostly from the Midcoast area, from Brunswick all the way up to Rockland. The concert takes place Tuesday, April 23 at 7 p.m. This is a free concert.

Free: “Chesley Bonestell: A Brush With The Future,” Friday, April 26

Free: The Munk Debate on China, Thursday, May 9

Movie tickets prices are $8 and $6. Event ticket prices vary. For more information, go to lcct.org, call the box office at 563-3424, drop by at 2 Theater St. from 10 a.m. to 1 p.m. Tuesday-Thursday, or email info@lcct.org. Like Lincoln Theater on Facebook. Go to lcct.org to sign up for Lincoln Theater’s weekly e-blast. Curtain going up!