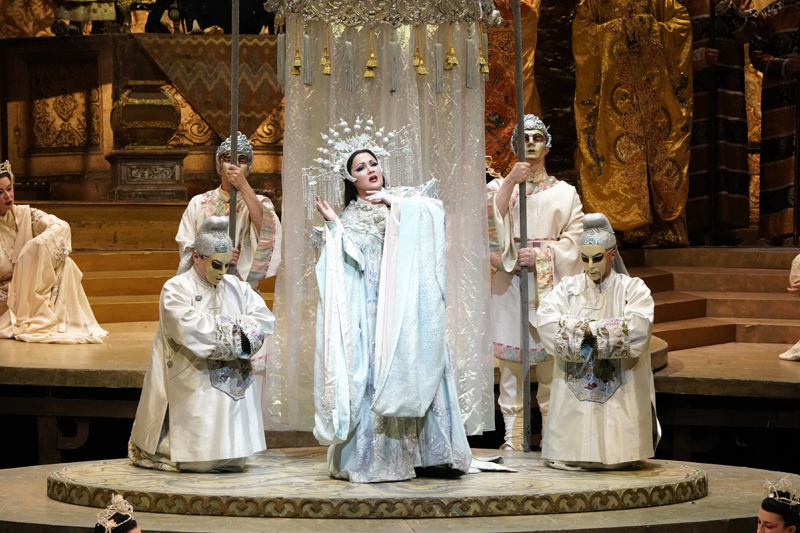 The Met Live in HD: “Turandot”

Marco Armiliato conducts Puccini’s stirring opera, which takes the stage in the company’s dazzling, ever-popular production by Franco Zeffirelli. The role of Turandot will be sung by Ukrainian soprano Liudmyla Monastyrska, who has sung Turandot previously at the Ukrainian National Opera and at the Bolshoi, made her Met debut in 2012 singing the title role in Verdi’s Aida, which she again sang with the company in 2014. Her other Met roles include the title character in Puccini’s Tosca, Santuzza in Mascagni’s Cavalleria Rusticana, and Abigaille in Verd’s Nabucco. Tenor Yonghoon Lee is the bold prince determined to win Turandot’s love, alongside soprano Ermonela Jaho as the devoted servant Liù and legendary bass Ferruccio Furlanetto as the blind king Timur.

Tickets are now on sale for LCCT’s spring musical “Bright Star.” Inspired by a true story and featuring the Tony-nominated score by Steve Martin and Edie Brickell, “Bright Star” tells a sweeping tale of love and redemption set against the rich backdrop of the American South in the 1920s and ’40s.

When literary editor Alice Murphy meets a young soldier just home from World War II, he awakens her longing for the child she once lost. Haunted by their unique connection, Alice sets out on a journey to understand her past – and what she finds has the power to transform both of their lives. With beautiful melodies and powerfully moving characters, the story unfolds as a rich tapestry of deep emotion. An uplifting theatrical journey that holds you tightly in its grasp, “Bright Star” is as refreshingly genuine as it is daringly hopeful.

Tickets, $20 adult, $18 Lincoln Theater member, and $5 youth 18 and under, are available in advance through our online box office, or at the door beginning 30 minutes before show time.

The Met Live in HD: “Lucia di Lammermoor,” Saturday, May 21

Movie ticket prices are $8 and $6. Event ticket prices vary. For more information, go to lcct.org, call the box office at 563-3424, drop by the theater at 2 Theater St., or email info@lcct.org. Theater office hours are Tuesday through Thursday from 10 a.m. to 1 p.m. Like Lincoln Theater on Facebook. Go to lcct.org to sign up for Lincoln Theater’s weekly e-blast. Follow the theater on Facebook, Twitter, and Instagram. Curtain going up!