As we head into August, in the heart of the dog days of summer, we have celebrations, movies, musicals, and plays.  Add to these the twins of air conditioning and ice cream from the concession stand and who could ask for anything more?

America in the mid-1980s. In the midst of the AIDS crisis and a conservative Reagan administration, New Yorkers grapple with life and death, love and sex, heaven and hell. Andrew Garfield (“Silence,” “Hacksaw Ridge”) plays Prior Walter along with a cast including Denise Gough, Nathan Lane, James McArdle, and Russell Tovey. This new staging of Tony Kushner’s multi-award-winning two-part play, “Angels in America: A Gay Fantasia on National Themes,” is directed by Olivier and Tony award-winning director Marianne Elliott (“The Curious Incident of the Dog in the Night-Time,” “War Horse”). “Part I, Millennium Approaches” was first performed at the National Theatre in 1992 and was followed by “Part II, Perestroika” the following year. The saga of Kushner’s epic play continues with Part II.  Broadcast live from London at 2 p.m. on Thursday, July 27 and rebroadcast that evening at 7 p.m. 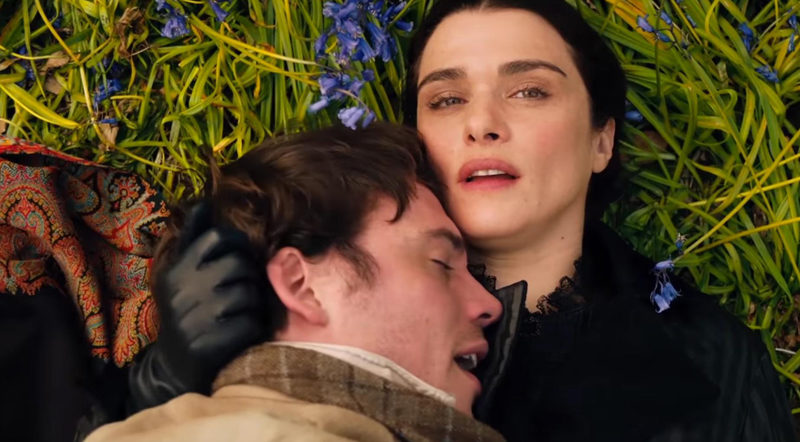 Rachel Weisz and Sam Claflin in “My Cousin Rachel.”

A dark and layered romance, “My Cousin Rachel,” based on the novel of the same name by British author Daphne du Maurier, tells the story of a young Englishman who plots revenge against his mysterious and beautiful cousin, believing that she murdered his guardian. His feelings become complicated as he finds himself falling helplessly and obsessively in love with her. Plays at 2 and 7 p.m. on Friday-Sunday, July 28-30 and at 7 p.m. on Wednesday, Aug. 2.

Join the finale of this year’s Community Read, “The Boys in the Boat,” by Daniel James Brown. The evening ceremony, at 7:30 p.m. on Tuesday, Aug. 1, will feature live music by Novel Jazz, footage from the 1936 Olympic race, a filmed interview with the author, refreshments, and raffle drawings.  Tickets are available in advance at Skidompha Library in Damariscotta.

Y-Arts Theater Music Camp is for kids in grades one through nine. Campers immerse themselves in the art of musical theater during this two-week day camp, which focuses on all areas of the dramatic arts and culminates in a junior-Broadway musical.  The show is picked based on the campers in each particular session. This summer, the shows were chosen from “Peter Pan Jr.,” “Once on this Island Jr.,” “Honk Jr.,” and “Alice in Wonderland Jr.” This time, it’s “Peter Pan Jr.”! The public is encouraged to come see and support the stars of the future on Wednesday, Aug. 2 at 1 and 5 p.m.