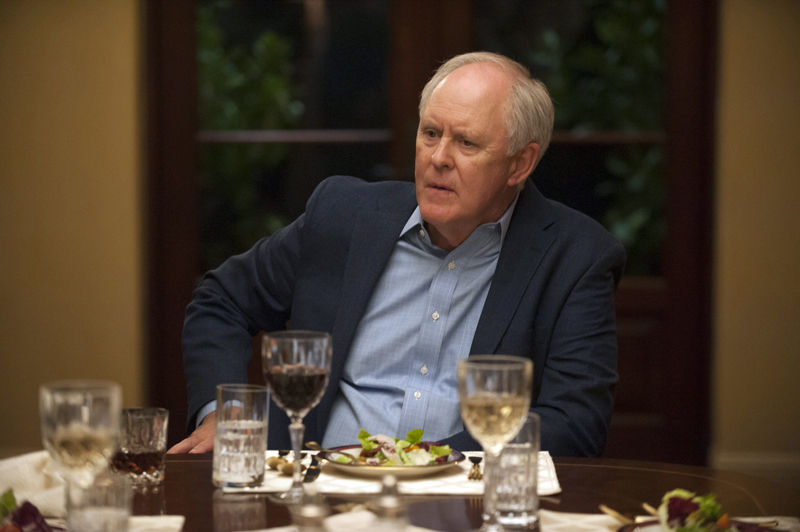 John Lithgow in “Beatriz at Dinner.”

Our series of Thursday summer broadcasts from the National Theatre in London has concluded and we have booked three very special items for Thursdays in August: a look at the Beatles, a look at GMOs, and a look at a Shakespeare classic, fit for the times, “Julius Caesar.” Then of course, we also have some terrific films in the lineup as well. Be sure to drop by and pick up the entire August schedule so you don’t miss anything.

Composer, musician, and Beatles expert Scott Freiman looks at “Sgt. Pepper’s Lonely Hearts Club Band” from multiple angles, exploring the history behind the music. Freiman conducts an educational journey into the creative process of The Beatles’ performances and recording sessions. One is guaranteed to leave amazed at The Beatles’ innovation in the studio and have a newfound appreciation for the talents of John Lennon, Paul McCartney, George Harrison, and Ringo Starr. Plays at 2 and 7 p.m., Thursday, Aug. 3.

Beatriz (played by Salma Hayek), an immigrant from a poor town in Mexico, has drawn on her innate kindness to build a career as a health practitioner in Los Angeles. Doug Strutt (John Lithgow) is a cutthroat, self-satisfied billionaire. When these two opposites meet at a dinner party, their worlds collide and neither will ever be the same. Plays at 2 and 7 p.m., Friday-Sunday, Aug. 4-6 and Wednesday, Aug. 9.

From Academy Award-nominated director Scott Hamilton and narrated by esteemed science communicator Neil deGrasse Tyson, “Food Evolution” is set amidst a brutally polarized debate marked by fear, distrust and confusion: the controversy surrounding GMOs and food. Traveling from Hawaiian papaya groves to banana farms in Uganda to the cornfields of Iowa, “Food Evolution” wrestles with the emotions and the evidence driving one of the most heated arguments of our time. Plays at 2 and 7 p.m., Thursday, Aug. 10.

“An Inconvenient Sequel: Truth to Power” (PG) is on the way