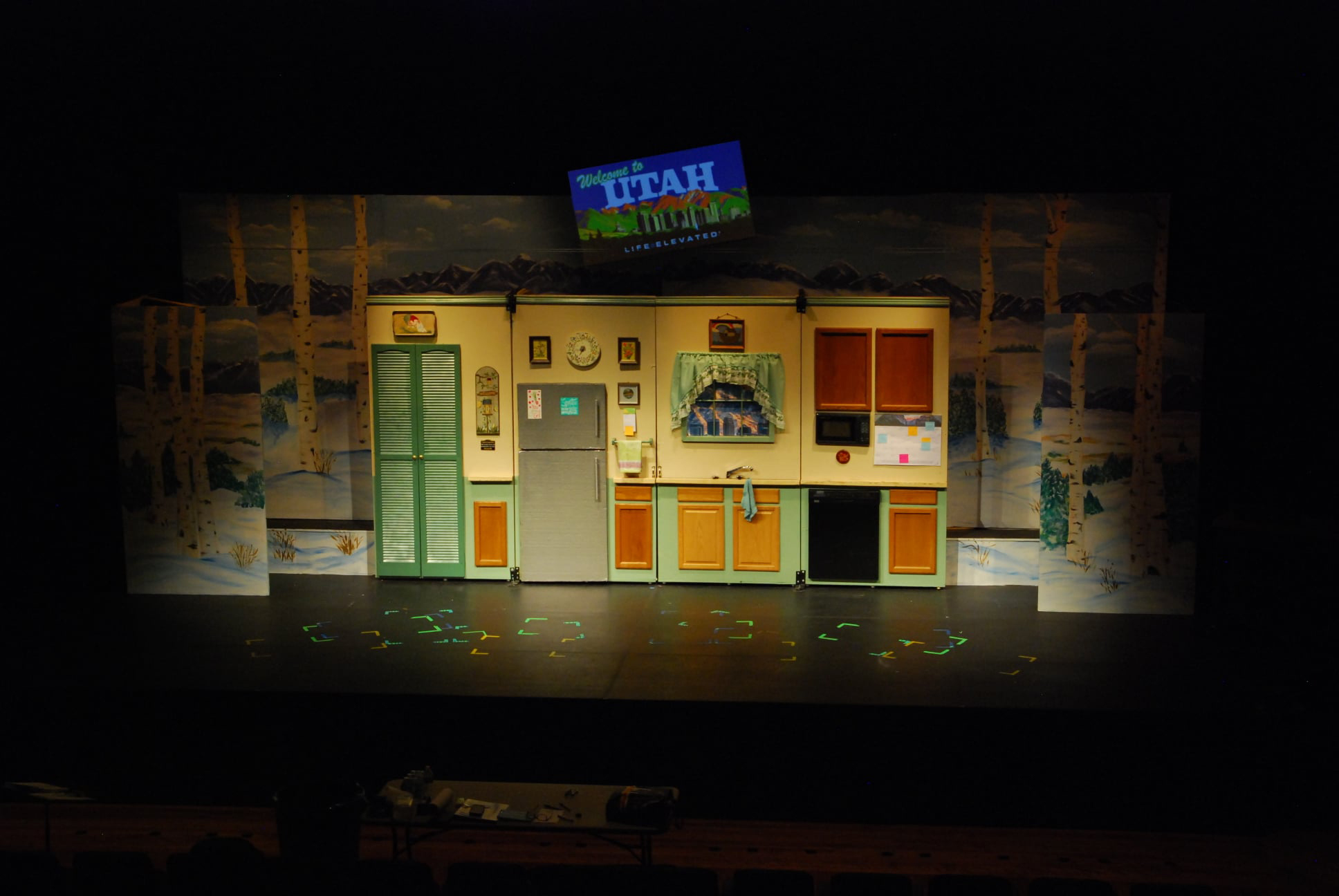 Who will appear next on the Lincoln Theater stage? Set photo of LCCT’s recent production of “Women In Jeopardy!”

While waiting to finalize the titles for this season until after auditions, the plays currently under consideration are Joshua Harmon’s “Admissions”; “Fox on the Fairway,” and “The Miss Firecracker Contest.”

Musicals under consideration include “Bright Star”; the recent Broadway version of Rodgers and Hammerstein’s “Cinderella,” and the timeless classic “Beauty and the Beast.”

The ensemble for the semi-staged musical production will rehearse Sunday afternoons starting mid-January. Members of the ensemble are not required to memorize the music. Principals rehearse independent of the chorus, based on availability, until the show is put together as performances near. The production is accompanied by a full orchestra.

For those auditioning for a play, cold reading sides will be provided. Should one choose to prepare an audition piece, such as a monologue, all are welcome to do so, but it is not required.

Those auditioning for the musical are asked to bring sheet music for a selection or two of personal choice. The music does not have to be from one of the titles listed under consideration. An accompanist will be provided.

Questions about auditioning for LCCT can be emailed to info@lincolntheater.net.