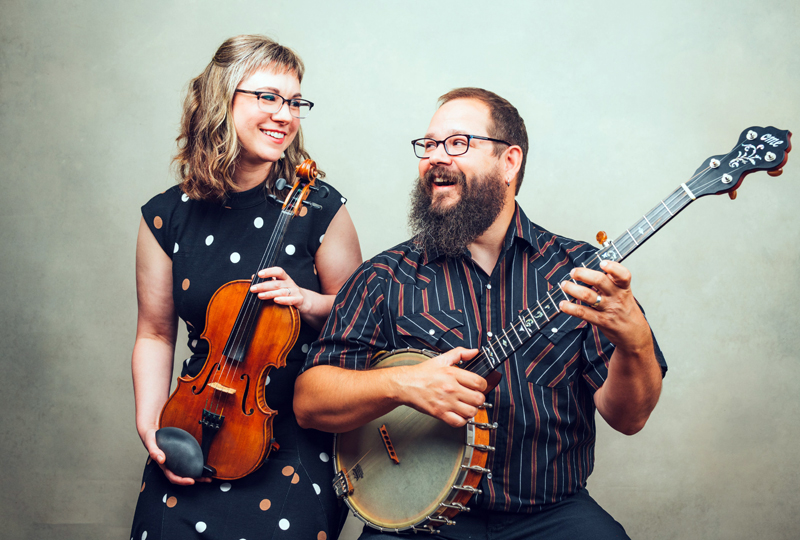 To listen to April Verch and Cody Walters is to be immersed in tradition. To watch them perform is to be transported. Be it regional Canadian roots, American old-time, 50’s Country, Scandinavian folk music, or something original that sounds as though it’s been around for a century the one common thread is their love and reverence for the music and traditions that have been passed down to them.

The husband-and-wife duo is a true partnership of kindred musical spirits, each a world-class musician in their own right. On Saturday, May 28, the duo will perform at the historic Opera House at Boothbay Harbor.

Verch and Walters began playing together in 2007 when Walters joined the April Verch Band as its bassist. Together they have traveled to four continents, performed in 14 countries, and played everywhere from tiny pubs and dusty festival workshops all the way to legendary stages including the Kennedy Center and the Ryman Auditorium.

Audiences remark at their sincerity in sharing stories between tunes. Verch’s delicate voice, energetic footwork, sandpaper foot percussion and stunning playing (sometimes combined all at once) are jaw-dropping. Walters’ melodic banjo stylings, solid rhythm guitar accompaniment and tasteful vocal harmonies are at once understated and brilliant, dueting with Verch’s skills in glorious harmony. Their ability to preserve the authentic folk traditions of the past and reintroduce them into the musical landscape of the present is a testament to their masterful musicianship.

Advance discounted tickets are $25 and currently available directly from the box office at 86 Townsend Ave. in Boothbay Harbor or by calling 633-5159. Regular tickets are $30 and are available online at boothbayoperahouse.com and at the door.