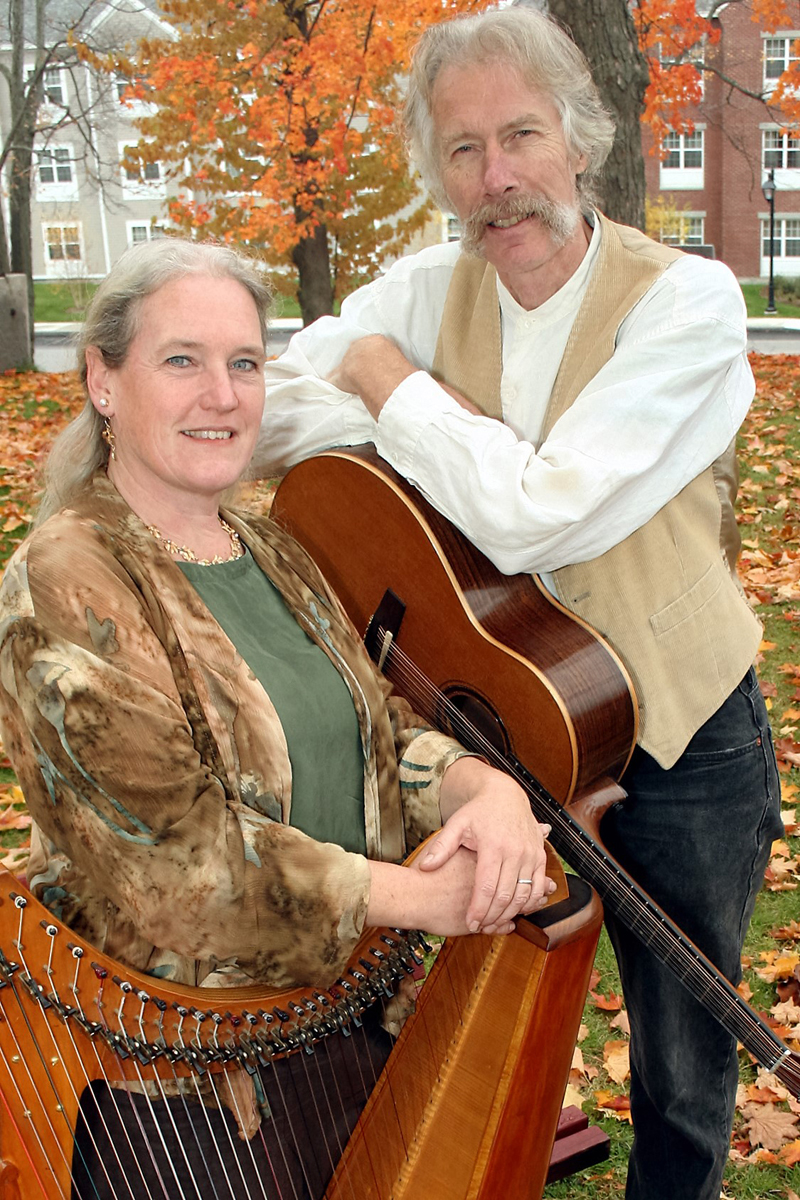 On Sunday, June 25 at 6 p.m. at the historic Bremen Town House on Route 32 in Bremen, Castlebay will present “Bygone Ballads,” a program of traditional songs from Maine, including some from Bremen and Bristol history. This special performance is free of charge and will follow the Bremen Historical Society business meeting and community potluck dinner.

Music has always been an important part of daily life for all people at work and play. Before the advent of radio and recording technology, people made their own music. Music — particularly singing — has been not only an avenue for self-expression and shared experience, but a kind of social glue. A convivial gathering at home or in a woods camp or ship’s fo’c’sle would include not only the popular music of the day, but also vernacular favorites that were passed down through generations and topical songs about news of the day. These songs reveal much about social priorities, morality, and lifestyles. Having withstood the rigors of time, they are a testament to the strength of their story or the enduring beauty of the music.

Although the traditional music of southern Appalachia has received a good amount of attention, there is a wealth of this same music in the archives of New England’s history, particularly in Maine. Collectors ranged across the state, from the coastal seafaring communities to the woodland logging camps, collecting the songs of the people there. They made journals as well as recording on wax cylinders or wire, preserving hundreds of songs.

Julia Lane and Fred Gosbee, of the folk duo Castlebay, have been exploring the archives of the Maine Folklife Center, the Library of Congress, Harvard’s Houghton Library, the Helen Hartness Flanders collection in Vermont, and others that house the fruits of the collectors’ labors. Their resulting transcriptions provide a wonderful spectrum of songs reflecting the sense and sensibilities of ordinary people. Castlebay interprets these songs with its own artistic skill, making them accessible to a modern audience while remaining true to the spirit of the music.

Castlebay treats an audience to a musical journey through time and across the Atlantic Ocean. Both exuberant and haunting vocals are supported with Lane’s award-winning Celtic harp style, and Gosbee’s expertise on 12-string guitar, a fiddle, and woodwinds. Frequently touring down the U.S.’ East Coast and to Ireland, Scotland, and England, Castlebay performs at arts centers, museums, festivals, and schools. The duo often will present concerts highlighting a specific theme, with songs and stories from a wealth of history and lore. Lane and Gosbee have created several multimedia productions based on their research.

Castlebay has produced over 24 recordings, which feature both songs of the Maine coast as well as songs, stories, and poems in the Scottish and Irish tradition. The first in a series of bygone ballads, “Bound Away, Seafaring Songs of Maine,” was released in July 2015. The duo has also recorded a collection of songs from and about Maine’s history titled “John Earthy’s Tavern.” For more information, go to castlebay.net.

One need not be a member of the Bremen Historical Society to attend; those coming to the potluck at 5 p.m. are asked to bring a salad, entree, or dessert to share. Tableware and beverages will be provided.