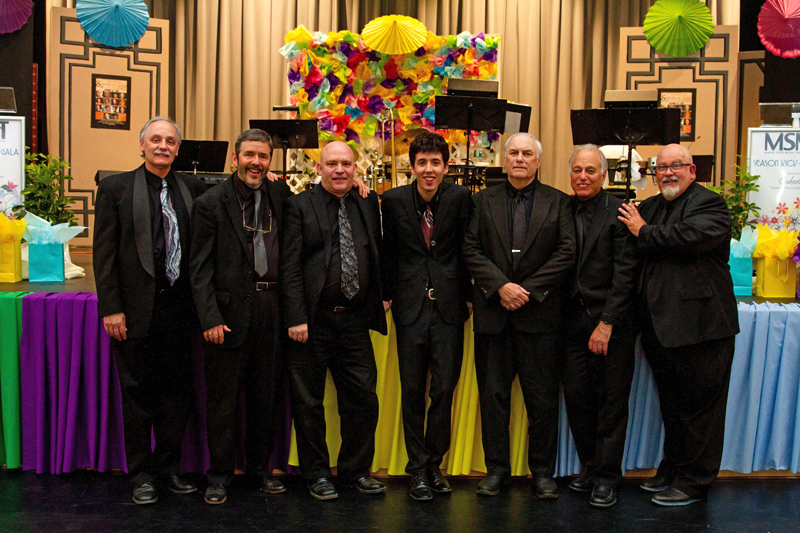 The Novel Jazz Septet will be performing at the Skidompha Library on Friday, June 21.

Novel Jazz marks the official beginning of summer at Skidompha Public Library, for an evening of classic jazz from the great American songbook on Friday, June 21 at 7 p.m. The band will also include a sneak preview of some of its new Duke Ellington and Billy Strayhorn compositions that they are featuring in their 2019 season concerts.

The band is also celebrating the release of its fourth CD, “Ellington & Strayhorn Novellas”, which features recently unearthed compositions by Ellington and Strayhorn from the Smithsonian Museum of American History, recorded by Novel Jazz over the last two years.

This year also marks the 15th year of Novel Jazz evenings at Skidompha, which began with the observation that lovers of books often are lovers of jazz. Moreover, the superb acoustics of Skidompha’s atrium, plus the seating “in the round”, make it a great place to see and hear the performance, all in a relaxed, informal atmosphere.

Performing on June 21 will be Barney Balch, trombone; Dave Clarke, guitar; Mickey Felder, piano; David Harris, reeds; Herb Maine, acoustic bass; Bill Manning, drums; and Mike Mitchell, trumpet. Admission is $15 for adults, $14 for seniors, and $7 for young adults ages 12-18. Those under age 12 accompanied by a parent will be admitted without charge.

The library is located at 184 Main St. in downtown Damariscotta. Don’t miss this special performance of Novel Jazz as they “swing into the solstice!”