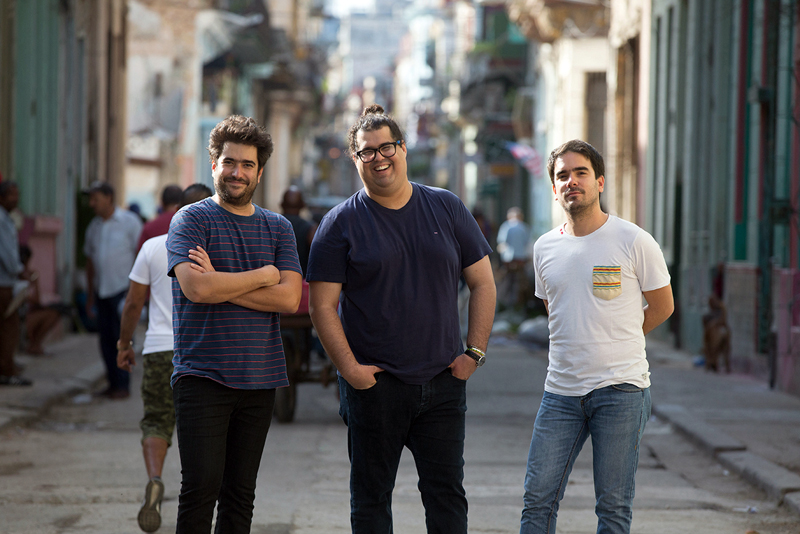 For more than a half-century, the embrace between Cuba and the United States has been subject to an odd dance of politics, including a still-standing embargo. Nevertheless, the bond between the two nations is as deep and strong as ever, expressed most forcefully through the dance of culture — especially music. On Wednesday, Aug. 8, one of Cuba’s most preeminent musicians, pianist Harold Lopez-Nussa, brings his trio to the stage of the historic Opera House at Boothbay Harbor. Their northeast tour includes nights at the Jazz Standard in New York City and the Newport Jazz Festival in addition to Boothbay Harbor.

It is hard to imagine the U.S. jazz scene without the influence of the many Cuban musicians living in the U.S. Yet the musicians who remain in Cuba, whose relationship with jazz and other musical forms stays grounded in their native island’s cultural traditions and daily life, maintain a unique perspective. They tell a specific story.

Lopez-Nussa was born 1983 in Havana, where he still lives. “I need the kind of relaxed life that Havana gives me,” he said.

For Lopez-Nussa, whose award-winning music has led to international tours, holds dual citizenship in Cuba and France. “Every time I return to Cuba, I feel something special — not just a connection with my family and friends, but with the place itself. This is where my music comes from, what it talks about,” he said. “I want to grow closer to the American people. This has always been an important desire for Cubans, especially musicians. It’s impossible for us to be separate because we have so much in common, so much to share.”

Lopez-Nussa will be sharing the stage in Maine with his brother, Ruy Adrian Lopez-Nussa on drums and percussion, and bassist Gaston Joya — a group the pianist first convened a decade ago in Cuba. “These are my closest friends and two of the greatest musicians of my generation in Cuba,” he said. “We’ve played a lot together through the years, but this is the first time that we’ve toured and recorded as a working trio. When we play to together, something special always happens and I feel comfortable and free, because they know how my music works and where I will go even before I get there.”

The island of Cuba is dotted with families known for musical achievement. Harold Lopez-Nussa grew up in one such home. This past spring, Washington D.C.’s Kennedy Center paid tribute to this legacy within its sprawling Artes de Cuba Festival through a concert showcasing the Lopez-Nussa family. Harold Lopez-Nussa and his brother performed alongside their father, Ruy Lopez-Nussa, an esteemed drummer and educator, and their uncle, Ernan Lopez-Nussa, an acclaimed pianist.

Harold Lopez-Nussa’s music reflects the full range and richness of Cuban music, with its distinctive combination of classical, folkloric, and popular elements, as well as its embrace of jazz improvisation and interaction. His career gracefully spans styles. Early on, he recorded Heitor Villa-Lobos’ Fourth Piano Concerto with Cuba’s National Symphony Orchestra, in 2003, and won first prize at the Jazz Solo Piano Competition at the Montreux Jazz Festival in Switzerland in 2005.

The ease and invention with which Lopez-Nussa improvises at the piano and the suppleness with which his trio swings make it hard to believe that Lopez-Nussa didn’t really take up jazz until he was 18 years old. “Jazz was scary,” he said. “Improvisation was scary.”

Yet he felt emboldened by Herbie Hancock’s 1996 album “The New Standard,” of jazz interpretations of pop, rock, and R&B songs. “That gave me new ideas about what was possible, and what I could do,” he said.

Lopez-Nussa found inspiration, too, from Cuba’s great jazz pianists — the ongoing work of the reigning master Chucho Valdes, as well as recordings of Chucho Valdes’ father, the late Bebo Valdes.

Discounted tickets for this extraordinary evening of music are $25 if purchased in advance from the box office at 86 Townsend Ave., Boothbay Harbor, or by calling 633-5159. Regular tickets are $30 and available online at boothbayoperahouse.com. All seats are general admission. Doors open at 7 p.m. and the music begins at 7:30 p.m.