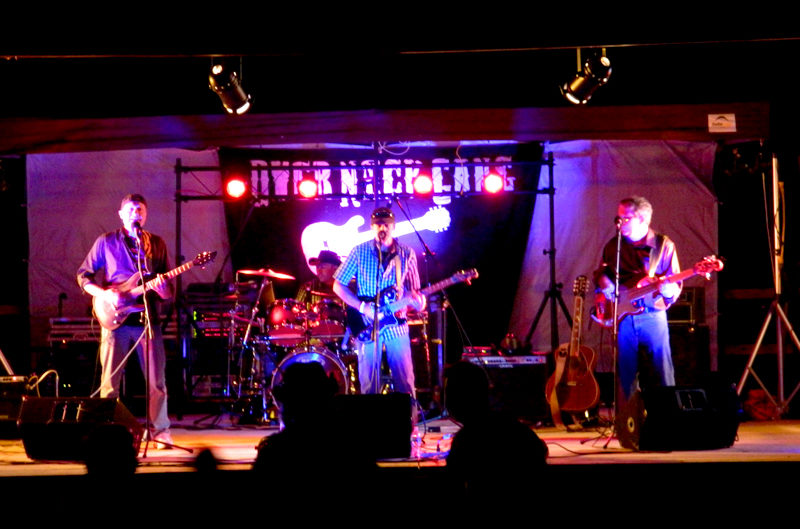 Among the three feature acts performing at the fair are Lincoln County’s own Dyer Neck Gang. Billing its sound as “country that rocks,” the Dyer Neck Gang offers some of the most popular country-rock songs from today’s hottest artists, as well as southern rock, classic rock, and country-rock classics from the past.

Also featured will be Sharon Hood & Dixon Road, a high-energy modern country band from Central Maine. In 2013, the group was the Pine Tree State Country Music Band of the Year, and in 2014, Hood was nominated for Female Artist of the Year at the New England Music Awards. The group plays everything from Johnny Cash to Carrie Underwood.

The Chris Fyfe Band features Chris Fyfe, a multi-award-winning vocalist, instrumentalist, and songwriter with 40 years in the entertainment business. Fyfe is an official Maine Country Music Hall of Fame inductee and recipient of the Maine Country Music Living Legend Award. He was also inducted into the Maine Ole Opry in 2014 and was given three awards in that same year from the Maine Academy of Country Music: Male Vocalist of the Year, Instrumentalist of the Year, and Entertainer of the Year. He is influenced by the likes of Merle Haggard, Waylon Jennings, Bob Willis, Asleep at the Wheel, and Floyd Cramer.

The Union Fair will take place Aug. 20 -27 at the Union Fair grounds, just off of Route 17 in Union. For more information and a complete schedule, go to unionfair.org.