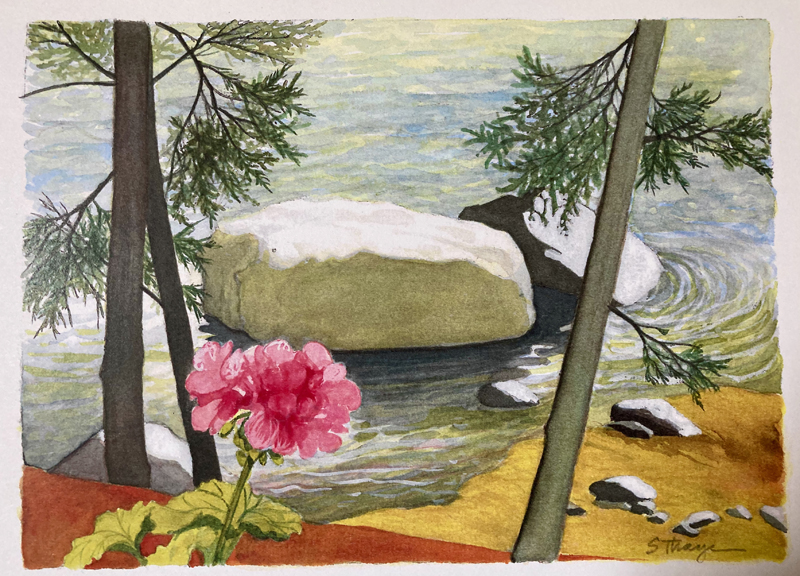 “I was never a great student, but always got ‘A’s in art,” said Edgecomb artist Suzi Thayer, whose work will be on display at the Southport Memorial Library through the end of June.

Cards with Thayer’s artwork will also be available for sale at the Coastal Maine Botanical Gardens this summer. One of her watercolors was used on the cover of local author May Davidson’s new essay collection “Salt and Roses.”

“I’ve had a passion for art since I was a young kid, coloring and sketching,” Thayer said. “My parents always indulged me, taking me to weekly summer art lessons at the Brick Store Museum when I was 10, and progressing from there to weekly lessons in Sanford, where I grew up, through high school.”

Continuing to paint, Thayer studied art education at the University of Southern Maine in Gorham, known at the time as Gorham State Teachers College.

“After my junior year I got a job, in Boothbay Harbor, as crew on a 100-year-old, 53-foot schooner, taking passengers out for day and week cruises,” she said. “I married the captain that fall and sailed to the Caribbean. Never finished college. But always had a sketch pad with me, and always did art in one form or another.”

Now, she paints primarily in nature. 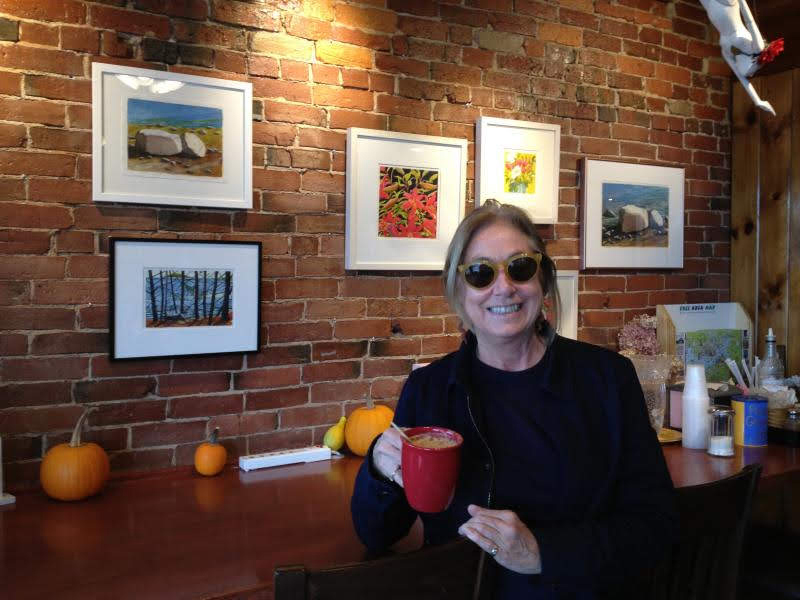 Suzi Thayer turned to her art full-time three years ago, after a career of graphic design, writing, and painting in between. (Photo courtesy Suzi Thayer)

“I mostly paint plein air, and am inspired by the ocean, woods, trees, flowers, clouds, the sky, marshes, and all the natural beauty that abounds in my home state,” she said. 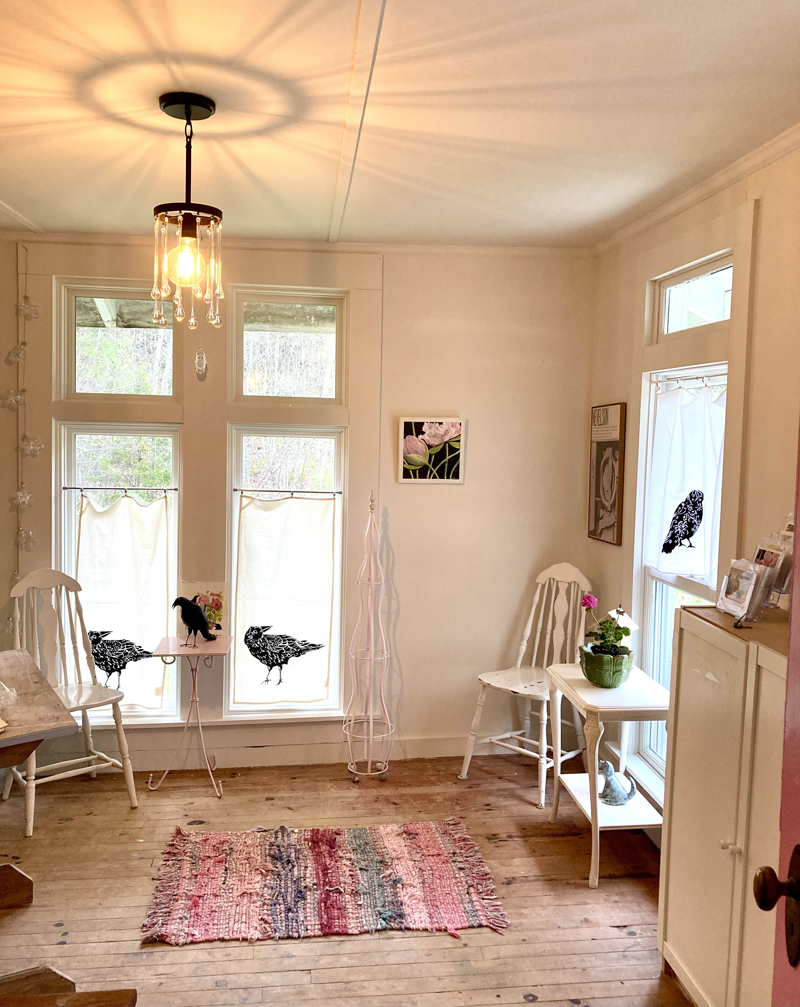 In one watercolor, titled “Edgecomb Marsh,” trees cut into clouds, a sky seafoam, then a washed gemstone kind of blue. The scene is reflected in low crystalline waters below, marsh grasses, yellow and brown, frame work.

“I painted in oils, and then acrylics, on large canvases,” she said. But Thayer is perhaps most recognized for her watercolors. She described her switch to the watery medium as “abrupt.” But after much trial and error, it became her paint of choice.

“Over the years since I’ve continued to paint watercolors,” she said.

But painting was never in full focus for Thayer. She worked as a freelancer, writing articles and columns for local publications, including The Lincoln County News.

“In 1985, I … took a job as a graphic designer at a newspaper – the Kennebec Journal in Augusta, and I continued to work for newspapers until three years ago, after switching from graphics to writing,” she said.

She did pen and ink drawings of people’s homes on commission. She wrote features stories, some hard news, and a food column.

That changed three years ago.

“I decided it was time to focus, full time, on painting,” Thayer said. So she has. She paints. And sells cards and prints on Etsy and local art events, all bearing her watercolors.

“I was greatly influenced during my teenage years by artists in Cushing, where my family’s summer cottage was,” she said, listing friends of her parents who had influenced her work, along with the environs. “The cottage was just down a dirt road from Christina’s World (or, the Olson House), where Andrew Wyeth was a regular visitor.”

Though she has only turned full time to painting in the past three years, the exhibition in Southport will feature work from the last two decades, from both Cushing and Edgecomb. Cards and mounted prints will also be available for sale at the Southport Memorial Library show.

For more information about Thayer, go to sthayerart.com.

The Southport Memorial Library is located at 1032 Hendricks Hill Road on Southport Island. For more information, call 633-2741 or find the library on Facebook.