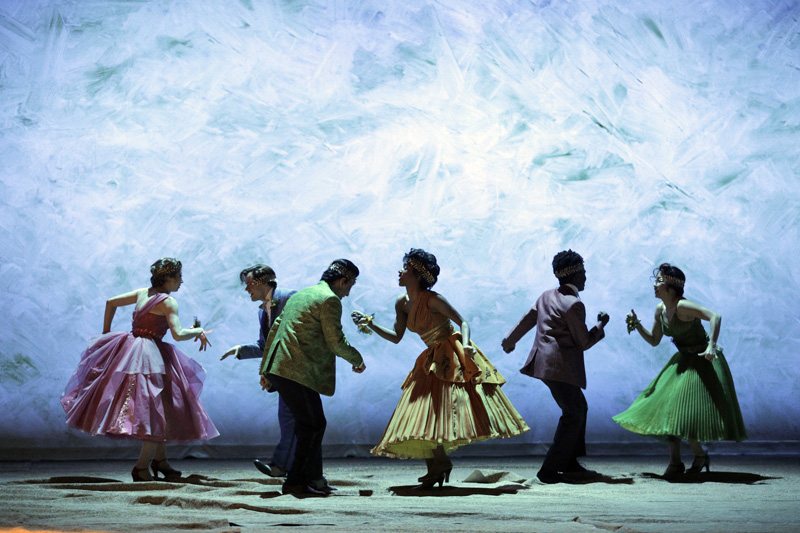 A still from “Eurydice.” (Courtesy image)

The myth of Orpheus and Eurydice has captivated imaginations for millennia, and now you can experience it through The Met Live in HD’s premiere broadcast of “Eurydice,” coming to the big screen at Damariscotta’s Lincoln Theater, at 1 p.m. on Saturday, Dec. 4.

Orpheus is almost the archetypical operatic tale, and composers throughout history have adapted it for the operatic stage. But in his evocative new opera, celebrated American composer Matthew Aucoin reimagines the story from Eurydice’s point of view and imbues these familiar characters with surprising new dimensions.

Orpheus, the archetypical musician, marries Eurydice, who then dies on their wedding day. Orpheus mourns so movingly that the gods allow him to descend into the Underworld and lead the shade of Eurydice back to the world of the living. There is one catch: Orpheus must not speak to Eurydice, or even look back at her, until they have completely emerged from the Underworld, or else he will lose her forever. 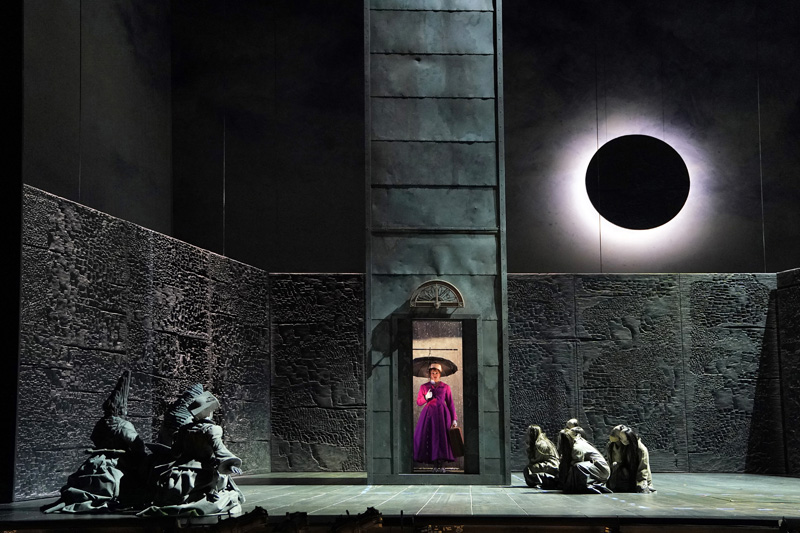 A still from “Eurydice.” (Courtesy image)

The ancient myth of Orpheus and Eurydice has struck a primal chord in human hearts and minds for thousands of years, and has particularly resonated with composers of opera since the genre’s earliest days. Now, American composer Matthew Aucoin adds to the tradition with “Eurydice,” a brilliant contemporary retelling based on Sarah Ruhl’s acclaimed play, which reimagines the myth from Eurydice’s point of view in this breathtaking production.

This season at the Met, Music Director Yannick Nézet-Séguin takes the podium to conduct the powerful new opera in an immersive staging by Mary Zimmerman, with radiant soprano Erin Morley singing the title role.

The Lincoln Theater is pleased to welcome back Dr. Morton Achter, who will give a pre-opera talk on “Eurydice” beginning at 11:45 a.m. This is the 12th season of The Met: Live in HD for which Dr. Achter will present a series of pre-opera talks prior to selected broadcasts.

A retired college professor, Dr. Achter has taught about, produced, and directed opera and related stage genres for over 60 years.

Lincoln Theater is located at 2 Theater St. in Damariscotta. Tickets: $25 adult, $23 Lincoln Theater member, and $5 youth 18 and under, available in advance through the online box office at lincolntheater.net or at the door beginning 30 minutes before showtime.