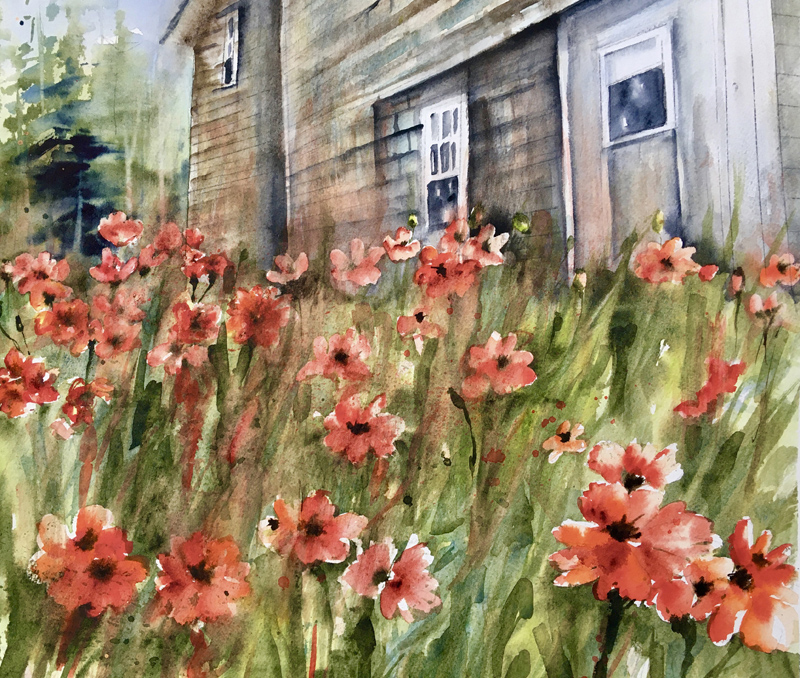 The colorful watercolors and oil paintings of New Harbor artist Peggy Farrell are on display at Bristol Area Library through early March. 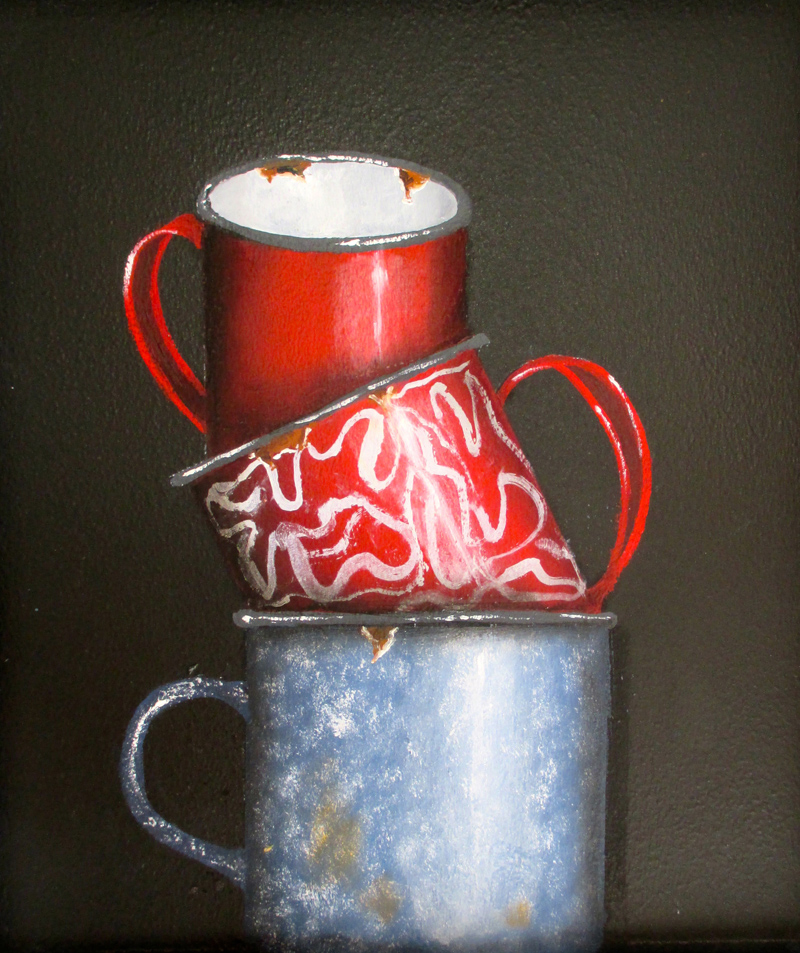 Farrell is largely self-taught and developed her talent attending local workshops and community education programs in Pennsylvania, New Jersey, Massachusetts, and Maine. She has explored mediums such as stained glass and calligraphy. She has painted in oils and spent a number of years studying decorative and tole painting techniques. But watercolor has evolved as her favorite and most natural medium.

Maine is Farrell’s primary source of inspiration. There is no shortage of artistic stimulation in the coastal harbors, the rolling farmlands, the small villages, and the changing seasons. She does most of her painting in her potting shed studio behind her home.

Farrell’s work is represented in private collections in Pennsylvania, New Jersey, New York, California, and the New England states. She is an active member of the Pemaquid Art Gallery at Pemaquid Point and has functioned as gallery manager for the last six seasons.

Farrell’s art can be viewed during library hours. The Bristol Area Library is at the corner of Bristol Road and Old County Road in Pemaquid.