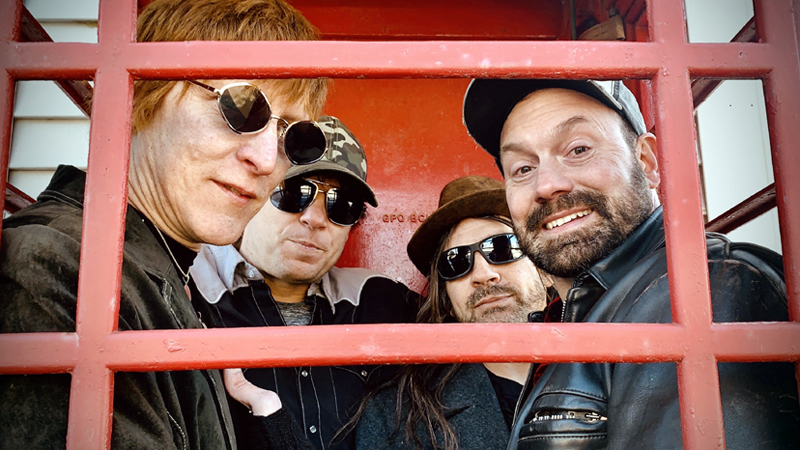 Forest City and Friends is proud to announce the March 23 release of its debut self-titled album, as well as a CD release show on May 30 at Portland House of Music.

Giordano said of the assembled band that “each player brought their unique style and sound to complete the recording, adding elements such as sax, keyboards, cajon, flute, bell, sitar and backing vocals, resulting in a harmonius gathering of minds and souls to create rhythm. We’ve been told it sounds like Tom Petty meets Coldplay!”

The CD was produced, recorded, and mixed by Anthony Gatti (along with the band) at his studio The Bulkhead in Scarborough Maine and then mastered at the world famous Gateway Mastering in Portland by Grammy Award-winning engineer Adam Ayan. Gatti has engineered several local albums, included recent releases by Muddy Ruckus, Endless Interstate, and Cosmic. The physical CD will be available exclusively at all Bull Moose stores throughout Maine, with online fulfillment through bullmoose.com, while the digital version will be available on all of the popular sites like Amazon, Google Play, Apple Music, Pandora, Spotify, and many others.

The CD release show will take place May 30 at Portland House of Music, located at 25 Temple St. in Portland. It’s a 21-plus show and opening will be Torin Muccino and guests to be announced. Tickets are $8 in advance and $10 at the door, and for more information, visit portlandhouseofmusic.com.

The first two singles from the CD, “Phone Booth” and “Companion,” are currently being played on 106.3 WHXR-FM and WCYY-FM in Portland and on 106.9 WBQX-FM in Rockland.

CDs are available March 23 at bullmoose.com.