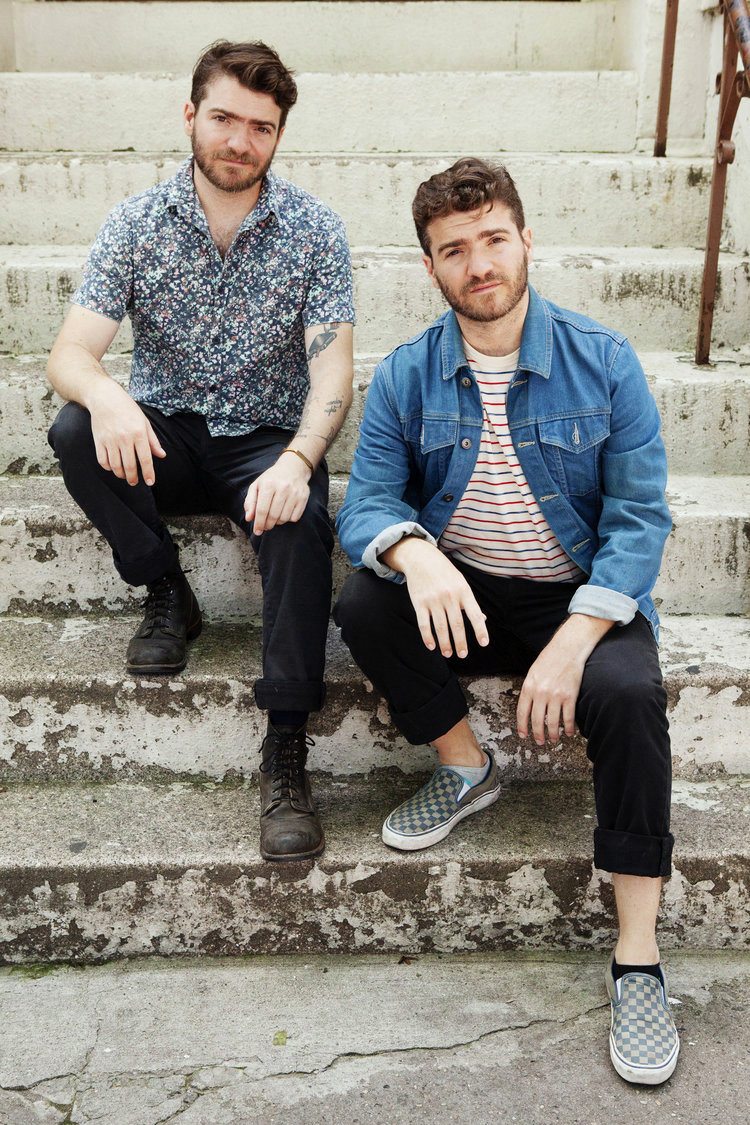 The Brother Brothers carry the folk tradition for a new generation. Identical twins David Moss and Adam Moss honor contemporary aches with the nostalgic tenderness of another time. Their stunning songcraft blends masterfully gentle guitar, cello, and five-string fiddle with the sublime sort of two-part harmonies only brothers can carry. The duo comes to The Opera House at Boothbay Harbor on Friday, June 14, and the show will open with Maine’s Oshima Brothers.

“We were singing as soon as we could talk,” said Adam Moss. “As we got older, we were listening to Simon & Garfunkel and The Kingston Trio, so we were harmonizing at an early age, too. It was very natural at first, but then we learned to invent things, and that took a little bit of work. We actually don’t write songs together. We get along pretty well, but that’s one area of contention, where we each get our own creative space.”

The show will open with a set from another set of musical brothers, the Oshima Brothers. Raised in a musical family in rural Maine, the brothers have honed a harmony-rich blend of contemporary folk and acoustic pop. On stage, Sean Oshima and Jamie Oshima create a surprisingly full sound with dynamic vocals, electric and acoustic guitars, octave bass, loops, and percussion.

Advance discounted tickets for this evening of brothers are $15 and available directly from the opera house box office at 86 Townsend Ave., Boothbay Harbor, or at 633-5159. The box office is open Tuesday-Friday from 9 a.m. to 3 p.m. Regular tickets are $20 and available on the day of the concert as well as at boothbayoperahouse.com. Doors for seating open at 7 p.m.; music starts at 7:30 p.m.