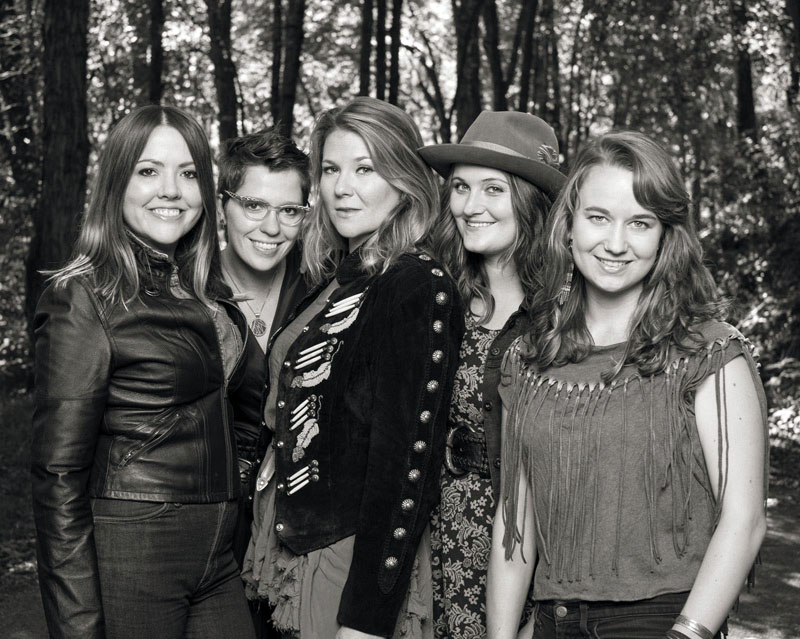 Since its formation in 2009, the Boston-bred, Nashville-based Della Mae has established a reputation as a charismatic, hard-touring live act, building a large and enthusiastic fan base while racking up massive amounts of critical acclaim with its first albums.

On Tuesday, Aug. 14, this female fivesome brings its fresh take on roots and bluegrass to the stage at the historic Opera House at Boothbay Harbor. Della Mae now finds the fivesome embracing a fresh set of musical challenges with 11 compelling new tunes that embody the musical and emotional qualities of the group’s prior output while venturing into uncharted creative territory.

Although the group maintains a busy touring schedule, the members of Della Mae have also found time to serve as cultural ambassadors in the U.S. State Department’s American Music Abroad program. In that capacity, they have undertaken a series of extended trips to Pakistan, Kazakhstan, Kyrgyzstan, Tajikistan, Turkmenistan, Uzbekistan, Brazil, Saudi Arabia, and the United Arab Emirates, playing concerts for local audiences as well as collaborating with local musicians and participating in children’s music-education programs.

Della Mae was also chosen to perform in Washington, D.C. in June 2014, as part of a special naturalization ceremony hosted by the Smithsonian’s National Museum of American History, at which new citizens from 15 countries were sworn in by former Secretary of State Hillary Clinton.

Della Mae’s efforts to use music as a unifying force are consistent with the adventurous, open-minded attitude that the group has maintained from the time that fiddler Kimber Ludiker originally assembled the group. Although they came together in Boston, the young players all brought diverse backgrounds and considerable musical experience to the project. After initially gaining a reputation for high-energy live performances in clubs and festivals around the U.S., Della Mae expanded its reputation with the self-released 2011 debut album “I Built This Heart.” 2013’s “This World Oft Can Be” proved to be a sensation with fans and critics alike, earning the group a Grammy nomination for Best Bluegrass Album.

The band is made up of Celia Woodsmith on vocals and guitar; Kimber Ludiker on fiddle and vocals; Jenni Lyn Gardner on mandolin and vocals; Courtney Hartman on guitar, banjo, and vocals; and Zoe Guigueno on bass and vocals.