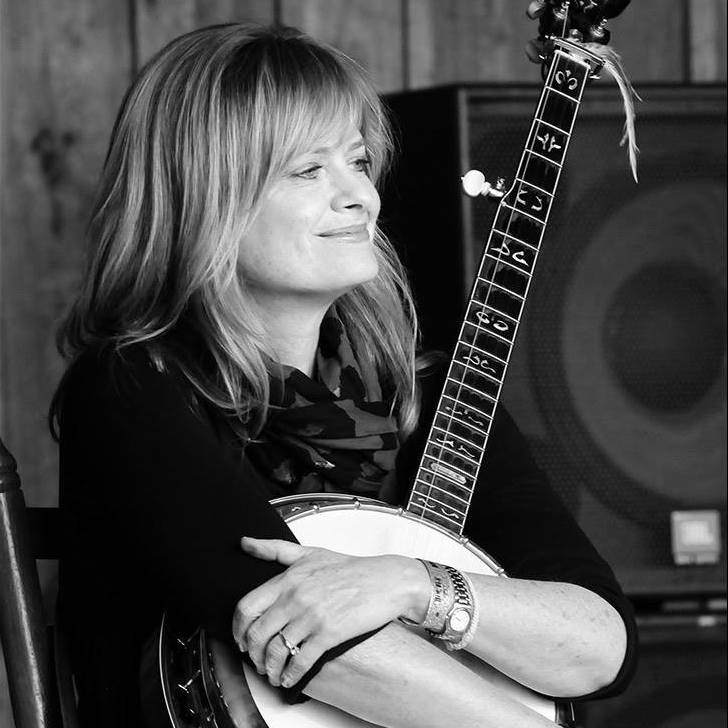 Alison Brown doesn’t play the banjo. Brown plays music on the banjo. In the instrumental food chain, the five-string banjo is one of the more dominant beasts: loud, brash, and very hard to tame. In 1945, Earl Scruggs made the biggest leap in harnessing its raw power, bringing a revolutionary precision of touch and depth of tone. Thousands of three-finger-style banjo players have since made their marks, but none has cut such a path or moved so far along it as has Brown.

Brown is acclaimed as one of today’s finest progressive banjo players, but one rarely finds her in a conventional bluegrass setting. Instead, she is known for leading an ensemble that successfully marries a broad array of roots-influenced music: folk, jazz, Celtic, and Latin.

On Saturday, June 30, this master of the banjo, joined by her band, comes to Maine to perform one concert this summer, at the Opera House at Boothbay Harbor.

With her newest release, “The Song of the Banjo,” the 2015 IBMA Distinguished Achievement Award and 2001 Grammy Award-winning musician/composer/producer/entrepreneur plants another flag in her ongoing journey of sonic exploration. As one might expect from a Harvard-educated MBA and co-founder of Compass Records, for 20 years one of the most respected bluegrass, folk, Celtic, and Americana labels, the title of Brown’s first album since 2009 was carefully considered. It comes from a poem by Rudyard Kipling, but she says the reason she chose it was that “it points to the lyrical side of the banjo, which is the side I’m drawn to.”

Although banjos typically play “tunes” or “breakdowns,” in Brown’s hands, the banjo truly sings. Part of that is the modifications she has made to her signature model Prucha five-string, muting the usual harsher overtones and extraneous noises, emphasizing the sweetness and melodicism.

But mostly, it is Brown’s unique musical vision. She never wastes a note, never launches into banjo tsunamis just because she can; she stops her precision three-finger roll to leave space for a lyric or other instrumental voice when appropriate. Make no mistake — there is plenty of jaw-dropping virtuosity on “The Song of the Banjo,” but it’s always in service to the melody at hand. The great tenor saxophonist Lester Young had to know the lyrics before he played a song, even as an instrumental. Like him, Brown always plays the words as well as the melody.

As a member of Alison Krauss’ famed Union Station, Brown has played alongside musical masters, and continues to collaborate with John Doyle, Rob Ickes, Keb Mo, Colin Hay, the Indigo Girls, Jake Shimabukuro, and Stuart Duncan, as well as dozens of others. She will bring her quartet to the opera house.

Advance discounted tickets are $25 and available only directly from the box office at 86 Townsend Ave. in Boothbay Harbor or by calling 633-5159. The box office is open Tuesday-Friday from 9 a.m. to 3 p.m. Regular-priced tickets are $30 and available online at boothbayoperahouse.com and at the door. All seats are general admission. Doors for seating open at 7 p.m. Brown goes on stage at 7:30 p.m.