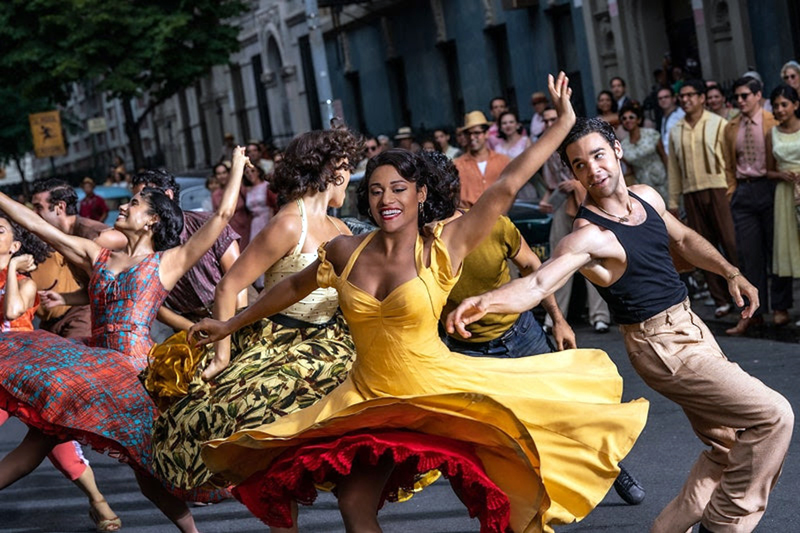 A still from the film “West Side Story.” (Courtesy image)

Happy holidays to all!

We have a couple of great movies lined up for your holiday viewing. Make us your celebration site for New Year’s Eve! We’ll be open both Friday and Saturday nights with the all-new “West Side Story,” which critics are calling “one of the best movies of the year.” Come join the fun!

“House of Gucci” is inspired by the shocking true story of the family behind the Italian fashion empire. When Patrizia Reggiani (Lady Gaga), an outsider from humble beginnings, marries into the Gucci family, her unbridled ambition begins to unravel the family legacy and triggers a reckless spiral of betrayal, decadence, revenge, and eventually murder.

Awards have already started rolling in for Lady Gaga as the New York Film Critics Circle just named her Best Actress for 2021. Gaga plays opposite Adam Drive, the one-time heir to the Gucci fortune, with Al Pacino, Jared Leto, and Jeremy Irons rounding out the Gucci family members. Directed by Ridley Scott.

Director Steven Spielberg says “West Side Story” was the first piece of popular music he ever heard, having grown up in a family of classical music. It stuck with him, and now he has joined with writer Tony Kushner (“Angels in America”) to produce a new script, keeping all the familiar songs (music by Leonard Bernstein, lyrics by Stephen Sondheim) but setting the 1957 Broadway musical in a more realistic Puerto Rican neighborhood of New York City.

Ansel Elgort and Rachel Ziegler star as Tony and Maria, the fated young teenagers who fall in love despite their different ethnic backgrounds, causing heartbreak among their families and violence in the streets of a once-peaceful neighborhood. Rita Moreno, who played Anita in the 1957 version on Broadway, now 88, plays Valentina, a new role created for her by Kushner.

Even though it does not star one of Hollywood’s most sought after leading men, nor feature a stunning blond by his side, Hitchcock’s 1951 film, “Strangers on a Train,” always appears high up in lists of the best films made by the Master of Suspense. Film critic Roger Ebert suggested that “its appeal is probably the linking of an ingenious plot with insinuating creepiness.” And creepy it is.

Two strangers discover they each have someone in their life they wish were dead, and one comes up with the “brilliant” idea that they swap murders allowing each to get away with the crime since there is no connection between the victim and the killer. The unfolding of this disturbing plan, remarkable in itself, becomes a complex visual masterpiece under Hitchcock’s brilliant direction.

We are delighted that we will once again have Dr. Jon Cavallero, chair of the Rhetoric, Film and Screen Studies Department at Bates College to provide a brief introductory video to the film. We hope that you will join us for this afternoon of doubles and double-crosses as only Alfred Hitchcock could create.