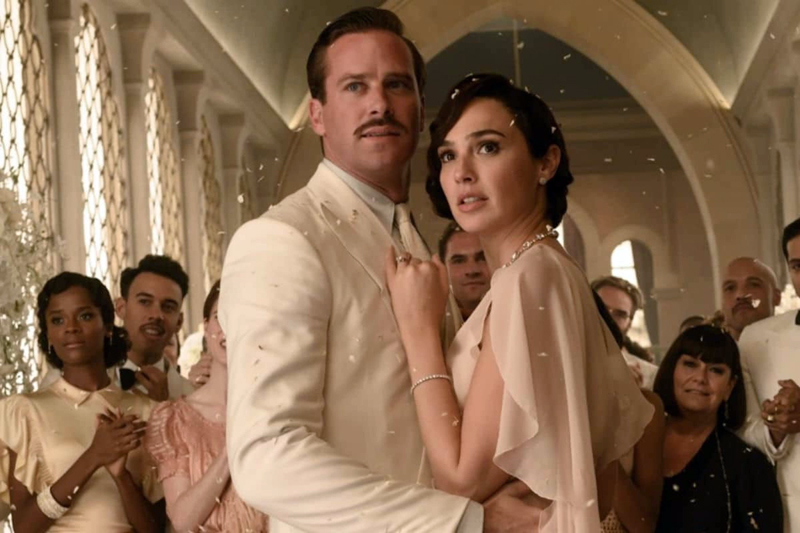 A still from Death on the Nile. (Courtesy image)

The Academy Awards nominations for Oscars are out, and “Licorice Pizza” scored in three of the top categories: best picture, best director (Paul Thomas Anderson), and best original screenplay (Paul Thomas Anderson). The New Yorker magazine named it #2 on their list of 30 best films of 2021.

Don’t miss this critically acclaimed film, Anderson’s stinging take on Hollywood in the 1970s and a coming-of-age story that features two brilliant newcomers to the screen, Alana Haim (noted singer) and Cooper Hoffman (son of the late actor Philip Seymour Hoffman). They run around the San Fernando Valley in a typical teenage romantic frenzy (but no sex– it’s the 70s), with one caveat … Hoffman plays a 15-year-old and Haim is a woman 10 years older. Sean Penn and Bradley Cooper are the Hollywood “oldies” in this far-from-typical romantic comedy.

‘Death on the Nile’

Director/actor Kenneth Branagh once again plays Belgian sleuth Hercule Poirot in this 2022 film adaptation of “Death on the Nile,” based on Agatha Christie’s 1937 crime novel, considered one of her best-loved and most famous works. Christie drew inspiration for this thriller from her travels in Egypt, picking up geographically and historical details throughout her time there. It is a sweeping mystery of love, jealously and betrayal.

Detective Poirot’s Egyptian vacation aboard a glamorous river steamer on the Nile turns into a terrifying search for a murderer when a picture-perfect couple’s idyllic honeymoon is tragically cut short. Set against an epic landscape of sweeping desert vistas and the majestic Giza pyramids, this tale of unbridled passion and incapacitating jealousy features a cosmopolitan group of stylish 1930s-dressed travelers, and enough wicked twists and turns to leave audiences guessing until the final, shocking denouement.

The final offering in this year’s “Best of Hitchcock” Classic Series, plays on Thursday, March 3 at 2 p.m. with an in-house pre-show talk by Dr. Jon Cavallero, professor of rhetoric, film and screen studies at Bates College.

Batman is back! Two years of stalking the streets as The Batman (Robert Pattinson), striking fear into the hearts of criminals, has led Bruce Wayne deep into the shadows of Gotham City. With only a few trusted allies—Alfred Pennyworth (Andy Serkis), Lt. James Gordon (Jeffrey Wright)— amongst the city’s corrupt network of officials and high‐profile figures, the lone vigilante has established himself as the sole embodiment of vengeance amongst his fellow citizens.

When a killer targets Gotham’s elite with a series of sadistic machinations, a trail of cryptic clues sends the World’s Greatest Detective on an investigation into the underworld. As the evidence begins to lead closer to home and the scale of the perpetrator’s plans becomes clear, Batman must forge new relationships, unmask the culprit, and bring justice to the abuse of power and corruption that has long plagued Gotham City.