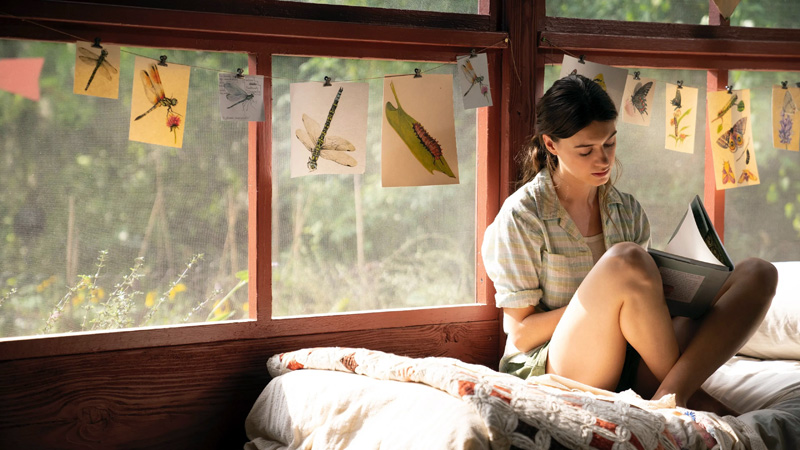 Daisy Edgar-Jones stars as Kya Clark, an abandoned girl who raised herself to adulthood in Where the Crawdads Sing, opening at the Harbor Theater Friday, July 15, at 7 p.m. (Photo courtesy Harbor Theater)

An endearing outlier, Brian lives alone in a Welsh valley, inventing oddball contraptions that seldom work. After finding a discarded mannequin head, Brian gets an idea. Three days, a washing machine, and sundry spare parts later, he’s invented Charles, an artificially intelligent robot who learns English from a dictionary and proves a charming, cheeky companion. Before long, however, Charles also develops autonomy. Intrigued by the wider world, or whatever lies beyond the cottage where Brian has hidden him away, Charles craves adventure.

‘Where The Crawdads Sing’

From the best-selling novel comes a captivating mystery. “Where the Crawdads Sing” tells the story of Kya, an abandoned girl who raised herself to adulthood in the dangerous marshlands of North Carolina.

For years, rumors of the “Marsh Girl” haunted Barkley Cove, isolating the sharp and resilient Kya from her community. Drawn to two young men from town, Kya opens herself to a new and startling world; but when one of them is found dead, she is immediately cast by the community as the main suspect. As the case unfolds, the verdict as to what actually happened becomes increasingly unclear, threatening to reveal the many secrets that lay within the marsh.

‘Where the Crawdads Sing’ post-movie discussion

On Sunday, July 24, at 2 p.m., the Harbor Theater will hold a special “Read the Book, See the Movie” screening of “Where the Crawdads Sing.” The show will include a post-viewing informal discussion led by Marion Coleman, chair of the special events committee of the Harbor Theater Board of Directors

CDC now recommends universal wearing of masks at all times when indoors. Let’s follow its advice and make this a safe place while the pandemic is still around us.