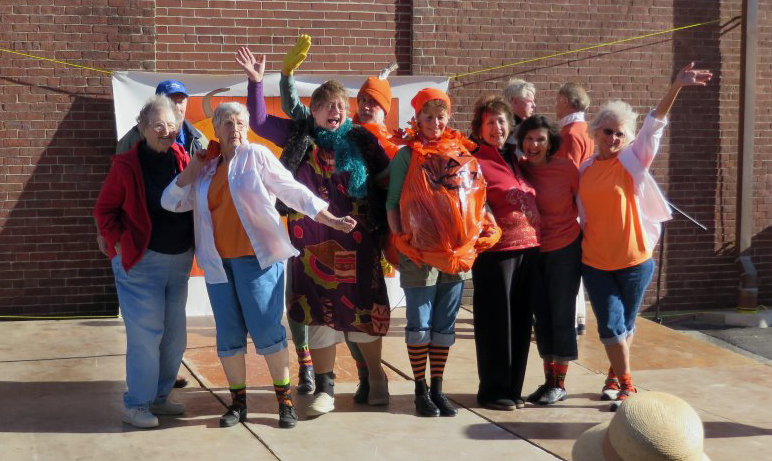 On Monday, Oct. 8 at 2 p.m., cast members of Hearts Ever Young will once again join the Buskers entertainment lineup during Damariscotta Pumpkinfest.

Hearts Ever Young, the popular local theatrical troupe of the “more senior” members of the community who perform annually at Lincoln Theater, will share their special talents of song, dance, and comedy with the Buskers street performers during Pumpkinfest. They are scheduled to appear only once on Monday, Oct. 8 from 2-2:30 p.m. on Theater Street, alongside Lincoln Theater, in Damariscotta. Hearts Ever Young will entertain with some popular fun songs, a few jazz and tap dance routines, and a hilarious comedy skit or two. The entertainment is free.