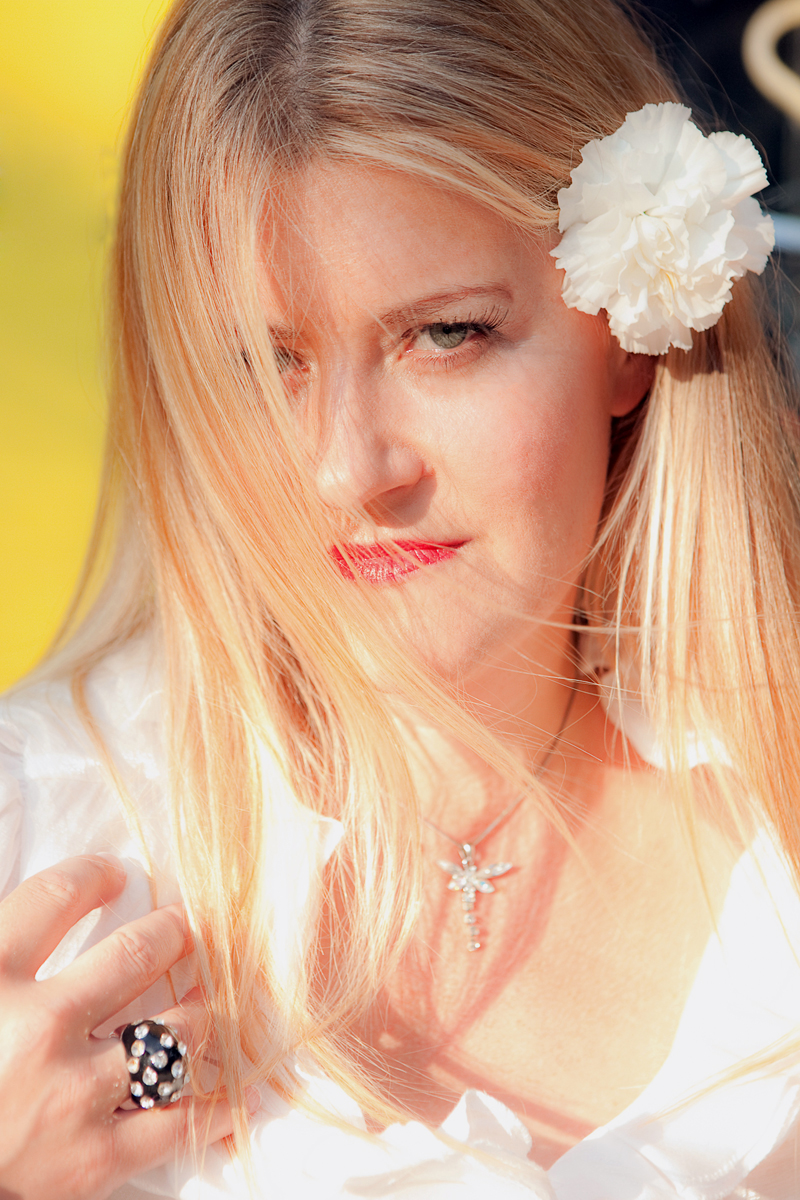 Talented Irish singer songwriter Kate McDonnell – known to her fans and followers as the one and only “Katie McD” — will be returning to Maine under the auspices of the National Library of Health and Healing in Waldoboro to perform at the Edgecomb Day celebration on Sunday, Sept. 8 at 3 p.m. at the Edgecomb Community Church, 15 Cross Point Road, Edgecomb.

McDonnell’s accolades include music for Marina Carr’s Irish play, “The Bog of Cats” and for Lindsey Pinchbeck’s “Stories of the Fairy Folk.” McDonnell also worked on the soundtrack to director Stephen Croke’s movie “The Busker.” McDonnell and Martin Butler wrote the soundtrack for an Irish movie “No Eye to Pity Her,” set in Galway City.

Steeped in the traditional old-style Irish singing, McDonnell is originally a native of Galway City. Her mother won the All-Ireland championship for piano and McDonnell learned piano with her Great-Aunt Mary, a renowned poet and avid choral singer. She later picked up the guitar and started writing self-penned songs.

McDonnell moved to Boston to study voice at the Berklee College of Music on an exceptional talent scholarship and later attained a bachelor’s degree in sociology at Tufts University. She performed with orchestras such as the Cross Border Orchestra and was the featured soloist with the Bo Winkler Orchestra at the United Nations Gala Ball.

Since her “wow” performance in Waldoboro in February, McDonnell was the featured performer at the Boston Seafood Festival and at the Irish Cultural Center Event in Canton, Mass. McDonnell loves to perform family shows and in accompaniment with her 2-year-old daughter, Kayleigh, makes the message ring through. Her nostalgic rendition of “Danny Boy” makes the Irish mothers and sons reminisce about experiences in the “old country,” wearing the biggest Irish smiles one could imagine.

McDonnell is currently writing and working on her Celtic album, which she hopes to bring out in the coming year. Those who attend the Edgecomb concert on Sept. 8 will have an opportunity to hear the songs from the upcoming album.

Under the able direction of the Rev. Kate Pinkham, the pastor of the Edgecomb Community Church, and trustee Jean Krause, and in collaboration with others, Edgecomb Day took root as a way to celebrate the life and history of the town of Edgecomb. The participants in the festivities will be treated to free apple crisp with ice cream, family games with prizes, a bounce house, face painting, and fun for all. Edgecomb Day is open to all comers.

The newly built “Labyrinth in the Field,” which provides opportunities for meditation and spiritual practice in a natural setting, will be unveiled and will be available for walking. Many find that following a path to the center stills the mind and opens the heart. Established in 1783, the Edgecomb Community Church will take this opportunity to display the newly restored church steeple.

Punyamurtula Kishore, a public health scientist who aims to bring the communities together and find indigenous solutions to local issues, founded the National Library of Health and Healing in 2016. This popular Waldoboro-based “knowledge company” branched into Massachusetts and is on track to be a regional powerhouse in community and public health, with sites due to open in Connecticut and New Hampshire.

The library serves as a community education center, a research facility, and a neutral gathering place for individuals, families, and communities to exchange ideas and to further the development of methodologies to redress the issues that come to the community’s attention.

Those interested in attending the event on Sept. 8 or a private event in Waldoboro on Sept. 7 can register and get additional information by calling or texting 617-953-8994 or emailing to psk@pmai.net or mailing a request to P.O. Box 111 Waldoboro, ME 04572. Additional background information will be sent on request.