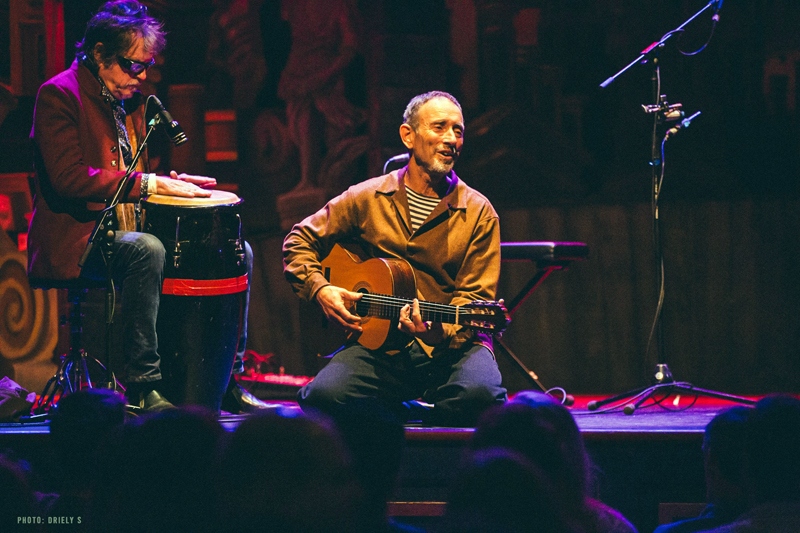 Jonathan Richman, one of Americas most unique and dynamic songwriters will be performing an intimate acoustic set with Tommy Larkins at 8 p.m. on Friday, June 10. (Courtesy photo)

The Waldo Theatre, at 916 Main St. in Waldoboro, is excited to announce that Jonathan Richman, one of America’s most unique and dynamic songwriters, will be performing an intimate acoustic set with Tommy Larkins at 8 p.m. on Friday, June 10.

Originally from Boston, Richman formed the Modern Lovers, one of the most influential bands of all time, pioneering the punk and new wave sound that formed in the 1970s. Inspired by Richman’s captivation with the Velvet Underground, they went on to influence the likes of the Sex Pistols, Violent Femmes, Joan Jett and the Blackhearts, and Weezer, among others.

Included on the “School of Rock” soundtrack, The Modern Lovers’ song “Roadrunner” has been referred to as “the first punk song” and its cultural influence is such that, for the last decade or so, the Massachusetts Legislature has been fighting to make the song the official rock song of Massachusetts. Many might also recognize Richman from his singer-narrator role in the 1998 film, “There’s Something About Mary” and as a staple on “The Tonight Show with Conan O’Brien,” performing comedic songs such as “You’re Crazy for Taking the Bus” and “Vampire Girl.”

Richman prides himself on simplicity, performing acoustically with Larkins on the drums. “The music we’re doing now works well in quiet places like theaters and performing art centers. We still don’t use a program or a set list so we don’t know what we’ll do until we do it,” he said.

The Waldo is thrilled to have Richman and Larkins take the stage in June and share music that is at once poignant, funny, innocent and uplifting.

Concessions, including beer and wine for those 21 years old and older will be available at the show. Doors open at 7 p.m. The Waldo is no longer requiring proof of vaccination, and recommends masks for all visitors in keeping with current Maine Center for Disease Control and Prevention guidelines. Capacity will be limited in order to provide space between patrons.

Tickets are $30 in advance online and $35 in person. For more information, go to waldotheatre.org/pages/music.