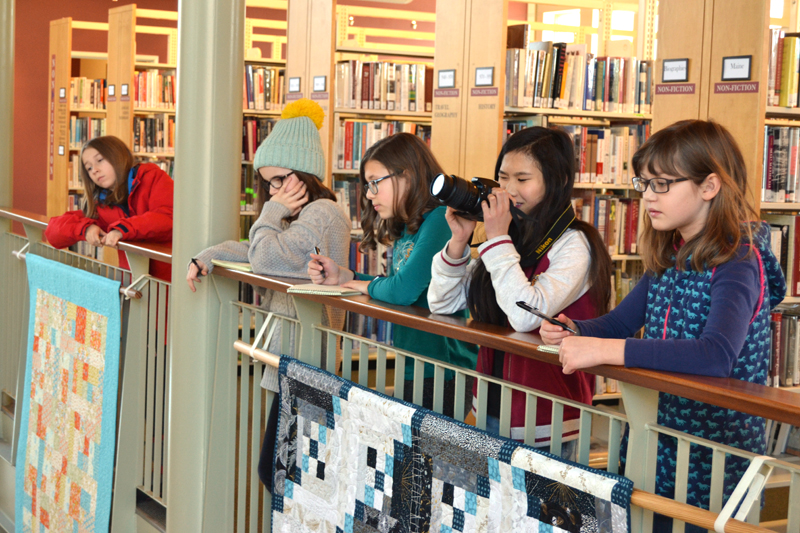 This is the second year Skidompha Library and The Lincoln County News have collaborated on the Junior Journalists program for fifth- and sixth-grade students, and once again, the program was an absolute delight.

On our first day, the students learned about what a journalist does and interviewing basics. These skills were immediately put to the test, as the students were paired up to interview one another and write an article based on what they learned.

Wednesday’s class included a visit to Lincoln County Publishing Co. to watch the printing of The Lincoln County News and meet Publisher Chris Roberts, Associate Publisher John Roberts, and LCN editor J.W. Oliver. Based on the feedback received, the trip was a highlight for students and parent chaperones alike!

Thursday was a busy day in the library, as the STEAM-uary science program was conducting its egg drop experiment in the atrium. The Junior Journalists leapt at the chance to cover the program, snapping photos and taking notes about the goings-on. Later, while I accompanied one of the students to her interview, the remaining students took it upon themselves to write follow-up questions and interview some of the students that participated in the egg drop. I heard from library staff that they conducted themselves in a professional manner and took the task at hand extremely seriously.

Our last day was a bit of a whirlwind, as the students learned about editing to put the finishing touches on their articles, which are printed below for your enjoyment.

I would like to thank the Junior Journalists for a lovely and entertaining week, their parents for their support of the program, the interview subjects themselves for agreeing to participate, and finally to the team at Skidompha for facilitating this course. Collaborating with the library on this program is an absolute joy, and I personally hope to see it continue for a long time.

Engaging our next generation of readers is a major focus of The Lincoln County News. If there are any other teachers out there who would like to arrange a field trip to the newspaper or have someone from the LCN come speak to your class, give us a call at 563-3171 or email mzewert@lcnme.com and we’ll do our best to accommodate the request. 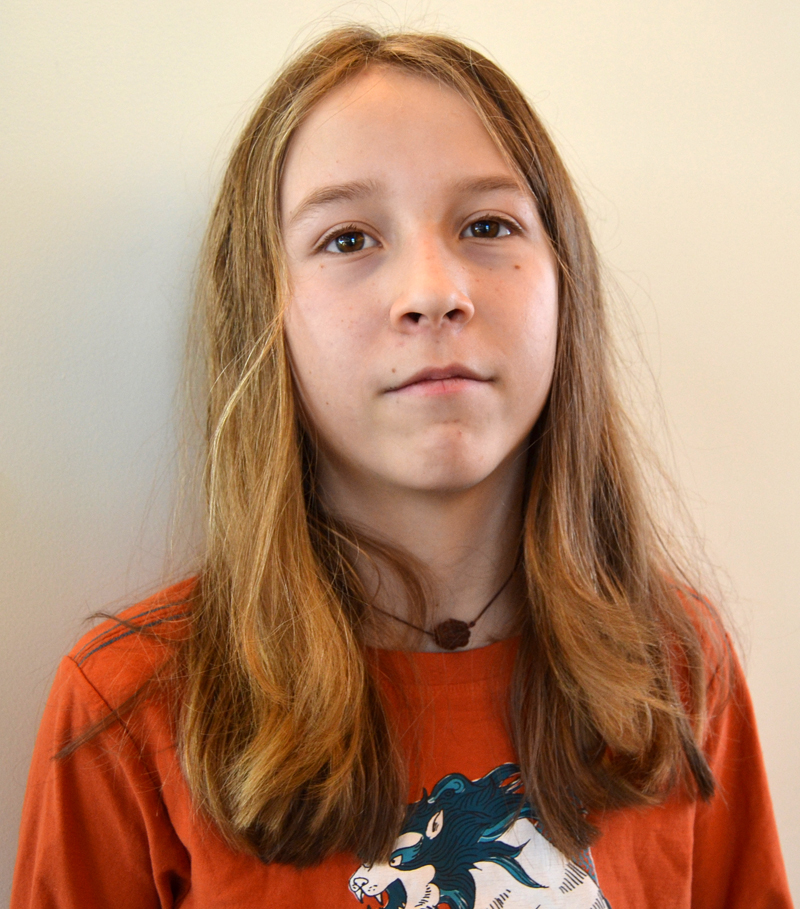 Dennis Boyd is a photographer.

Dennis first got into photography when he saw his brother’s cameras. He was then asked what he wanted as a graduation present and he said a camera. This camera was a big start to his photography career.

Dennis did not go to school for photography. He had a mentor that showed him the basic foundations, but he mostly learned on his own.

Dennis has been a photographer for 12 years and is now going from Canada to New Hampshire taking photos for a company’s project. 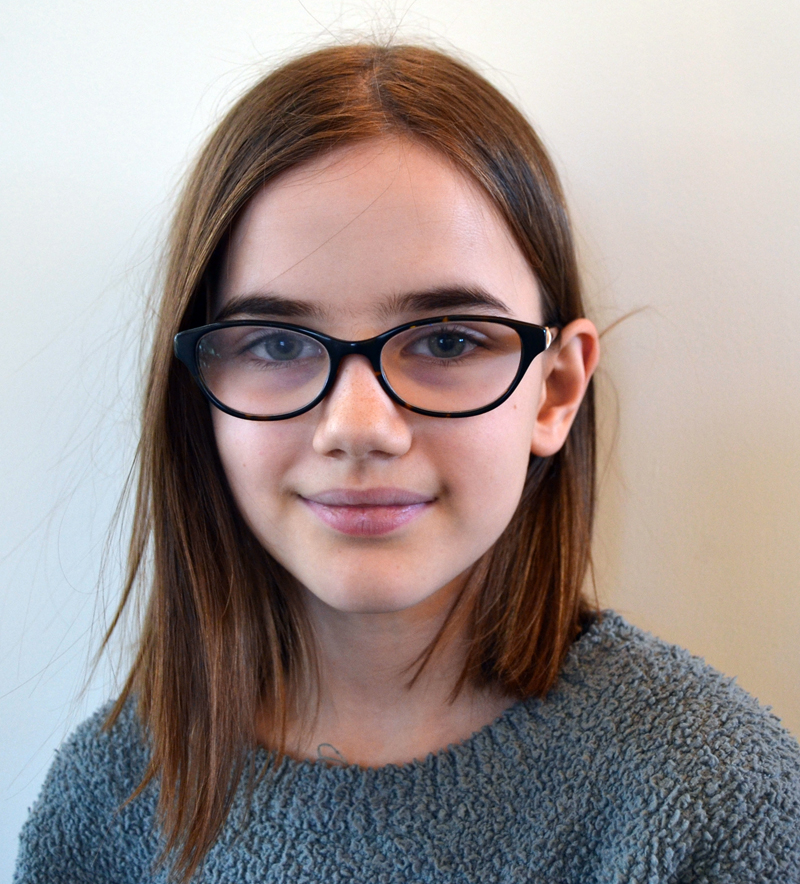 Sarah Caton turned her dream of working with animals into a reality by creating her business All Paws Pet Sitting.

Sarah has always had pets. She loves ferrets, but she has a cat named Kismet instead.  “I prefer animals over people, they understand me,” she said.

Sarah has pet-sat for many memorable animals, including an 18-year old Chihuahua that was her oldest pet she watched, and a kind, long-haired dachshund, which was the nicest.

If she’s not pet-sitting, she would be doing her other job, which is advertising assistant for The Lincoln County News.

The world of acting and directing 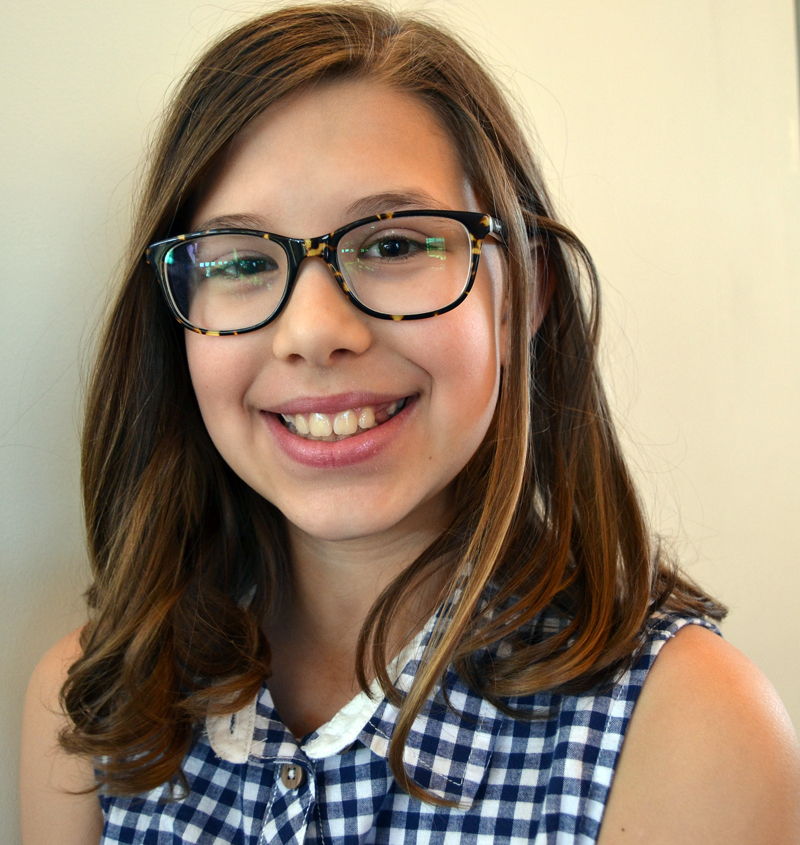 Allison Eddyblouin is an actor and director for the River Company.

She got into acting when she went to Etobicoke School of the Arts. While there, she became a drama minor. When she graduated high school she continued acting in college.

She likes directing because it gives her joy to help people discover how to play their character. Her favorite plays she likes to direct are comedies. Allison’s least favorite part about directing is when someone has not memorized their lines and when actors need strong reminders.

Allison and her husband have seven kids. She says that sometimes directing conflicts with family, but she makes dinner and puts it in the freezer before she goes to direct so that her family will have dinner.

She feels very blessed to be able to direct, perform, and enjoy watching plays in our community. 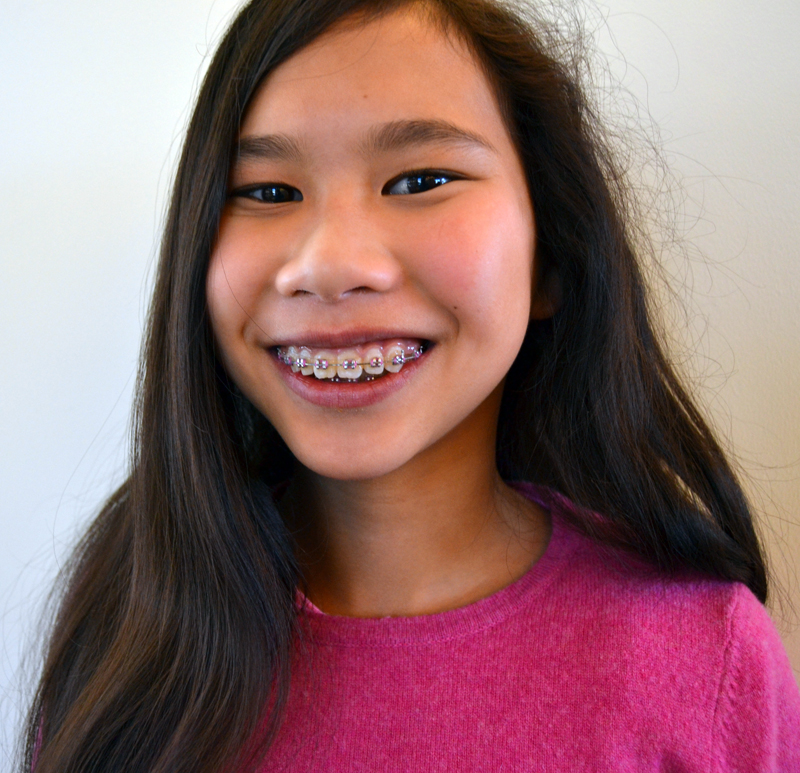 Nick Krunkkala makes pizza at Oysterhead Pizza Co. Nick was inspired to make pizza because he wanted to make something his kids would enjoy and be a part of the community.

Oysterhead Pizza Co. uses a wood fired brick oven, and they make the dough by finding the right ratio of flour and moisture. Nick gets inspiration for the pizzas from the season, so he tries to make pizza that uses seasonal veggies. Nick said his favorite topping is the housemade sausage, and his favorite pizza to make is the wild mushroom pizza. The weirdest pizza Nick has made is an oyster pizza.

Nick said the best part of his job is his customers’ reaction. What Nick dislikes about his job is that the hours are hard and he misses out on family time. 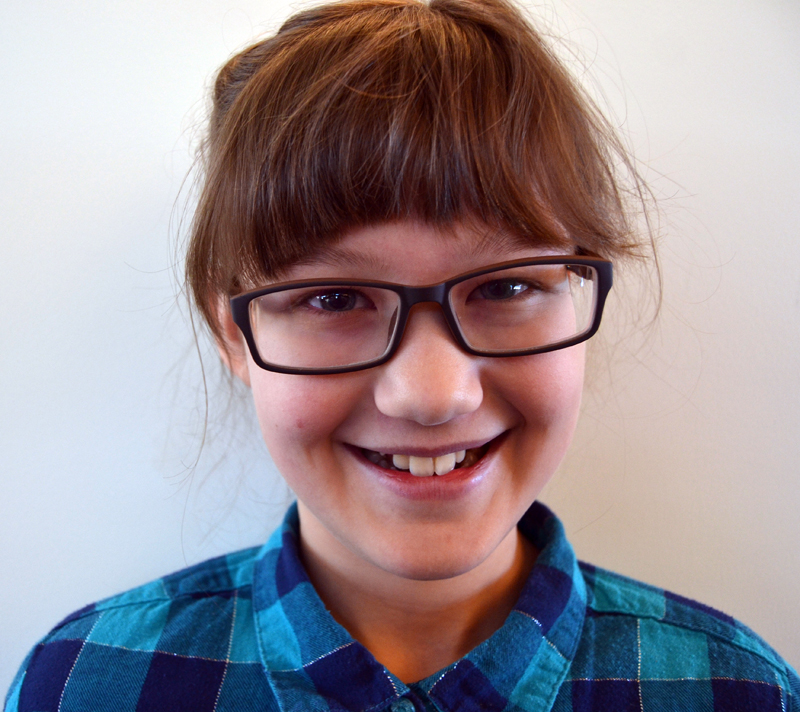 April Morrison, a sugar artist, has always loved baking and finds it relaxing baking is her happy place.

April grew up in New Harbor, and said baking has been a big part of her family. She taught herself how to make unique designs.

April’s business, SugarSpell, started small, when she delivered cakes from her house. She then bought a little cart and started going to events and selling her goods. She later got a store, which she runs by herself.

April enjoys making interesting mixes and challenging designs with the best ingredients and flavors. Her best-selling treats are strawberry rhubarb pie pops and lemon cookies; however, her favorite sweet is chocolate.

April loves her job because she is her own boss and she is doing what she loves and being creative. Her tip for future sugar artists is start small and expand.

By the 2020 Junior Journalists 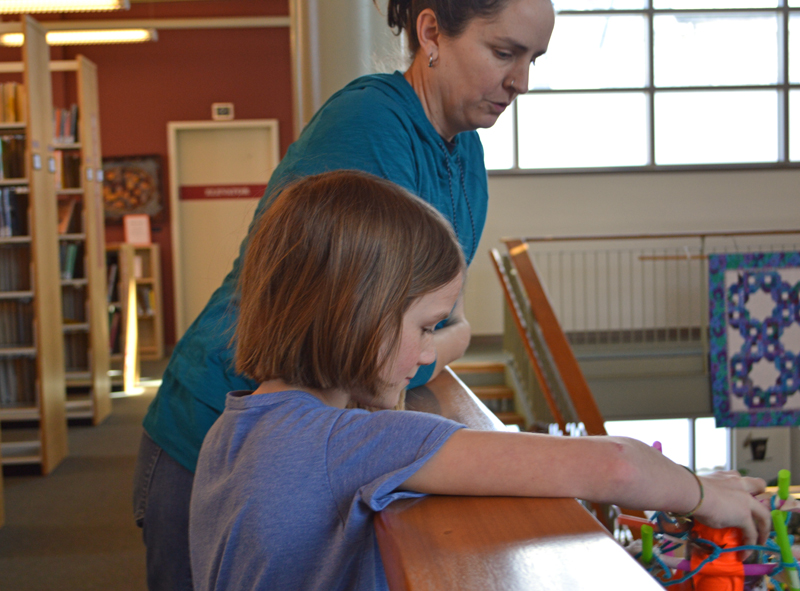 A student tests her structure to see if the egg will survive. (Lauren Lee photo) 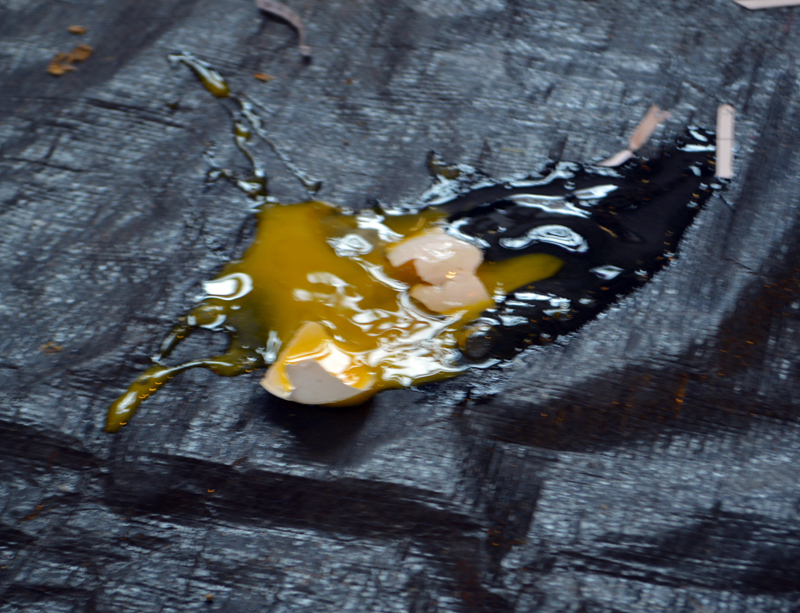 An egg that did not survive. (Sarah Vallance photo) 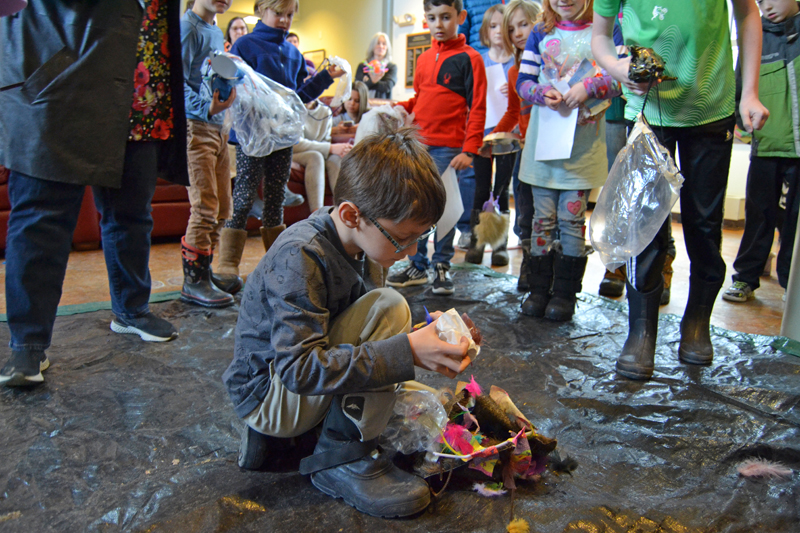 Tristan Greenleaf, 8, of Bristol, checks to see if his egg survived the drop. (Maia Zewert photo)

Skidompha Library’s STEAM-uary program did an egg drop on Thursday, Feb. 20. The kids in the program made armor for their egg to prevent it from cracking, and dropped the eggs from the top of the balcony in the adult section.

A kid named William who was participating in the egg drop dropped his egg from the balcony and it hit the floor without cracking. His contraption had been made out of balloons and cotton balls.

Another kid named Lucas dropped his egg from the balcony but when it hit the ground it sadly broke. His contraption had been made out of foam, tape, a plate, and parachute.

After the event, the journalists talked to some of the kids about the egg drop. The kids said that they really liked the experiment and would want to do it again.