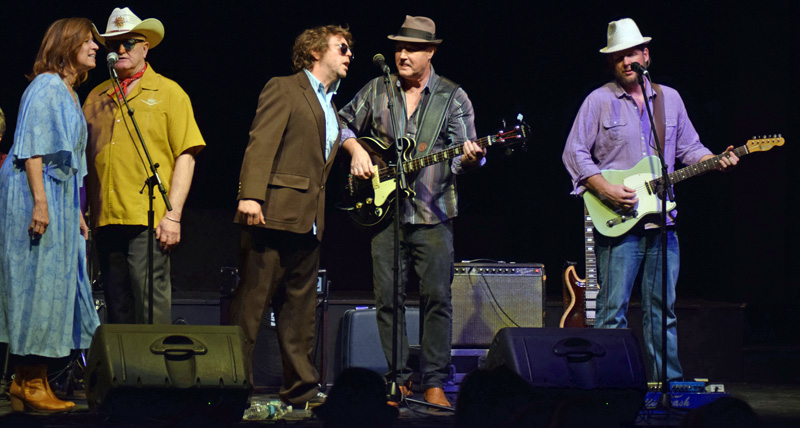 Lincoln County Television is proud to present three community concerts to help dance away the winter blues, starting Sunday, Jan. 22 at 2 p.m. with Bobby Colwell and friends. Local musicians will produce the classic sounds of The Band’s farewell concert in a recreation of “The Last Waltz,” the beloved 1972 concert film directed by Martin Scorsese.

“At least 10 years ago, Steve Vallani and I came up with the idea of bringing local musicians together to put on ‘The Last Waltz’ over the Thanksgiving holiday,” said Colwell, adding that he and Vallani saw the film when it first came out at the old State Theater in Portland.

Along with mostly the same group of local musicians, Colwell and Vallani have performed the show once or twice a year since. These shows included LCTV’s January 2020 fundraiser concert at the Lincoln Theater in Damariscotta, just before the pandemic closed things down.

The Jan. 22 show will feature Bobby Colwell and Justin Maxwell on keyboards, Robbie Coffin and Tim Sullivan on electric guitars, Dick Hollis on drums, and Vallani on bass guitar.

Commenting on the enduring love for the film and its music, Colwell mentioned the contrasts of performers and styles: “The Last Waltz has Muddy Waters juxtaposed with Joni Mitchell, and it just works,” he said. “The sum is greater than its parts and is full of the unexpected, just like the music scene in Maine. Playing this show is always a blast; an absolute blast.”

Colwell and friends return Sunday, Feb. 26 with a Rolling Stones tribute show and the March 26 show features Maine’s own Denny Beau and the Finger Pickers Five.

“LCTV is very grateful to be partnering with The Waldo Theatre to present these $20 shows for local music lovers to get out of the house and have some fun this winter. A three-pack of tickets to all three shows is $50,” said LCTV Board President Larry Sidelinger.

Online tickets can be ordered at lctv.org. Paper tickets are available at Main Street Grocery in Damariscotta, LCTV’s studio at 29 Sheepscot Road in Newcastle, or by calling the station at 563-6338.