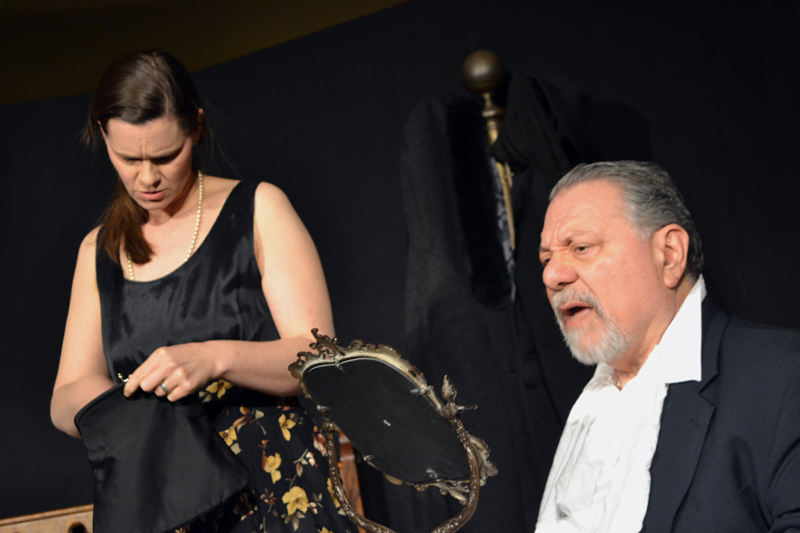 Fun, intimate community theater: I love going to River Company plays in Skidompha Library’s Porter Meeting Hall. I like to sit in the front row of the cozy, intimate space, basking in the feeling of being immersed in the story being played out mere feet away from me.

I did just that this past Sunday afternoon, when I went to see River Company’s production of the Matthew Barber play “Enchanted April,” based on the 1922 novel of the same name by Elizabeth von Arnim.

Before the show started, Mallory Adams, the director, graciously thanked a number of people and businesses, including Newcastle teahouse Samovar Tea Shop & Tasting Room for providing all of the tea consumed in the show.

Adams, who was debuting her directing skills for the first time with the production of “Enchanted April,” also expressed gratitude to her cast. “As a first-time director, I am so grateful to them,” she said earnestly. It is touches like this, viewed so closely that one gets eye contact occasionally with the person speaking (a person whom one knows personally, more likely than not) that help make community theater so refreshing. 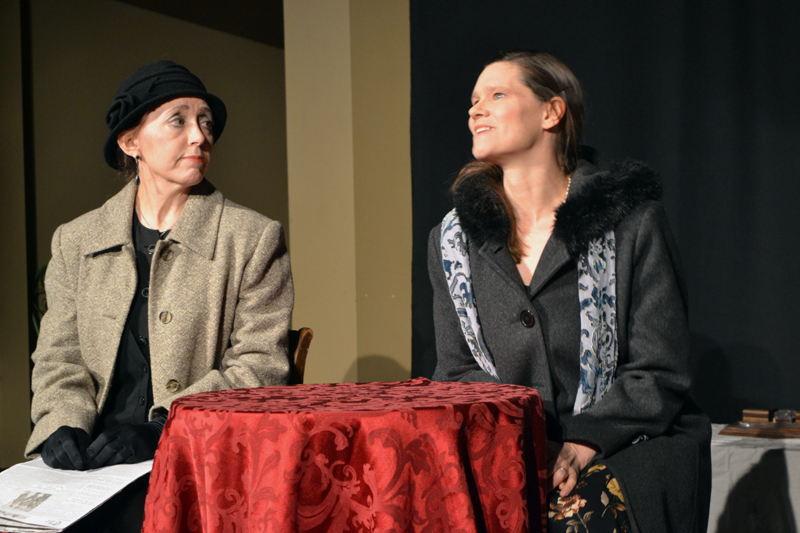 So, on to the actual production. Fun! That’s what it was.

Local theater heavyweights Christine Andersen and Allison Eddyblouin star as Rose Arnott and Lotty Wilton, respectively, in this story about four British women planning to take a holiday from London in rainy winter to sunny, flowery Genoa, Italy. Eddyblouin impressively delivers what amounts to a lengthy monologue at the beginning of the play and she provides an appropriate mix of thought-provoking seriousness and comic relief throughout.

Of course, there are complications in this romantic comedy, in the form of men – husbands, to be exact. 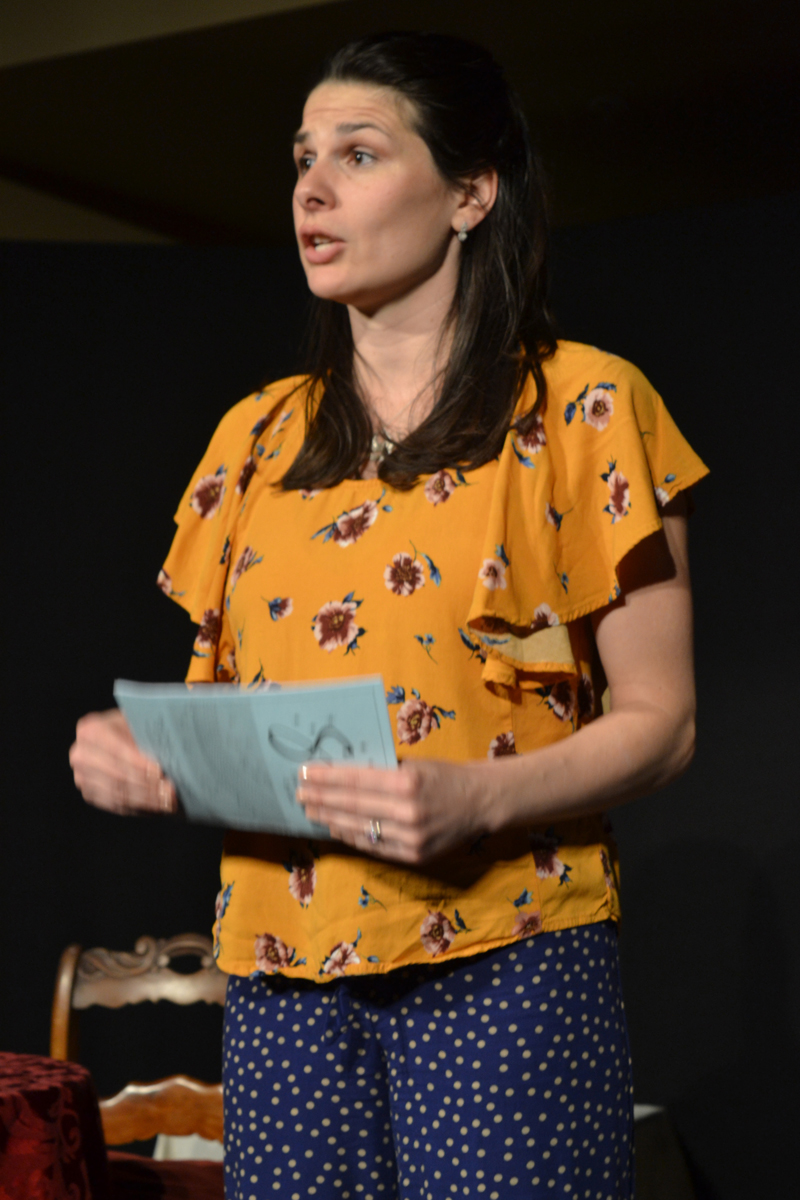 Mallory Adams, director of River Company’s production of “Enchanted April,” greets the audience prior to the performance on the afternoon of Sunday, April 28. (Christine LaPado-Breglia photo)

William Burleson plays one of those husbands, Frederick Arnott, the spouse of the very pious Rose Arnott. The formidable Nick Azzaretti, another well-known theater name in Lincoln County, appears as Mellersh Wilton, husband of Lotty. Azzaretti is perfectly cast in this role — booming, melodramatic, and hilarious. One comes to anticipate the delightfully entertaining lines and gestures; his wonderful eye-popping facial expressions take his character to another level of stage presence. His towel scene (no spoiler here) is one for the books.

Cally Green delivers admirably as Lady Caroline Bramble, a sophisticated single woman with some rather sad experiences having to do with men. (Green’s accent when she speaks Italian, by the way, is notably good.) Similarly, Kim Fletcher as the robust and animated Mrs. Graves is a pleasure.

Michael Lee is charming as Antony Wilding, the host at the Genoa retreat and a painter. His eyes literally sparkle when he speaks.

Not to be overlooked is self-professed community theater aficionado Betsy Terrell, whose program bio says, “When she’s not on stage, she can be found climbing trees or trading jokes with her grandchildren.” Suffice it to say that Terrell’s portrayal of the sometimes-beleaguered Italian-speaking housekeeper Costanza fits right in with that description: she is both fun and funny.

I love how the audience pays close attention in these small community-theater venues, in part because they can be so close. I also love how, unlike television, one hears and needs no laugh track to know when something is funny – people just laugh the right amount at the right time when something strikes them as funny. It’s an experience that everyone should have every now and then.

“Enchanted April” continues into the month of May. There are three more performances: Friday and Saturday, May 3 and 4, at 7:30 p.m., and Sunday, May 5 at 3 p.m. Tickets are $17 ($15 for River Company members). Discounts are available for students, seniors, and families.

Go to rivercompany.org to learn more.