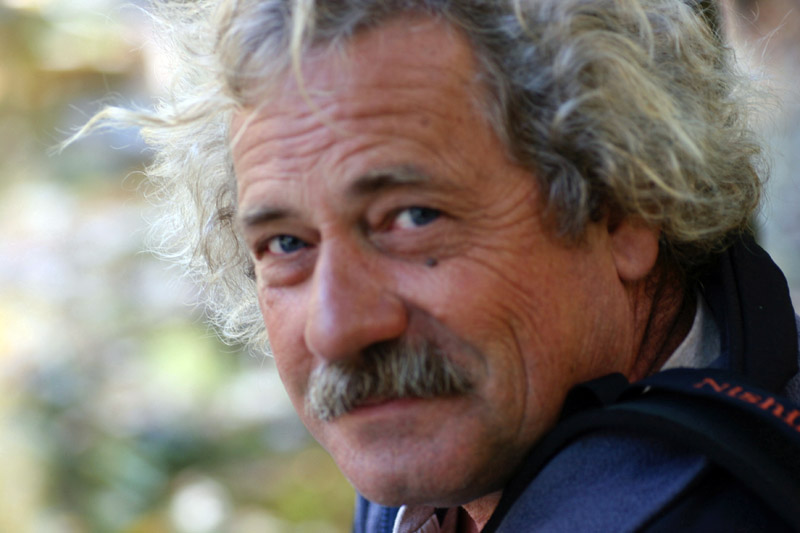 Damariscotta artist Keith Plummer is a busy guy these days. I was lucky to pin down a recent phone interview with the talented bone-and-metal sculptor as he was in the midst of reopening his landscaping business for the season, installing a show at Art Space in Rockland, and getting ready to go on vacation with his family, which includes his wife, Great Salt Bay Community School writing teacher Anne Plummer.

Keith Plummer currently has five pieces shortlisted for acceptance at the Visual Art Open in Chester, England; he will know on April 28 whether his work will be accepted as a finalist for a London show. He has two pieces in an exhibit titled “Mythology” at Ann Street Gallery in Newburgh, N.Y., and has work on display at the Boston Graduate School of Psychoanalysis in a show called “Picture Social Justice and Human Rights.” 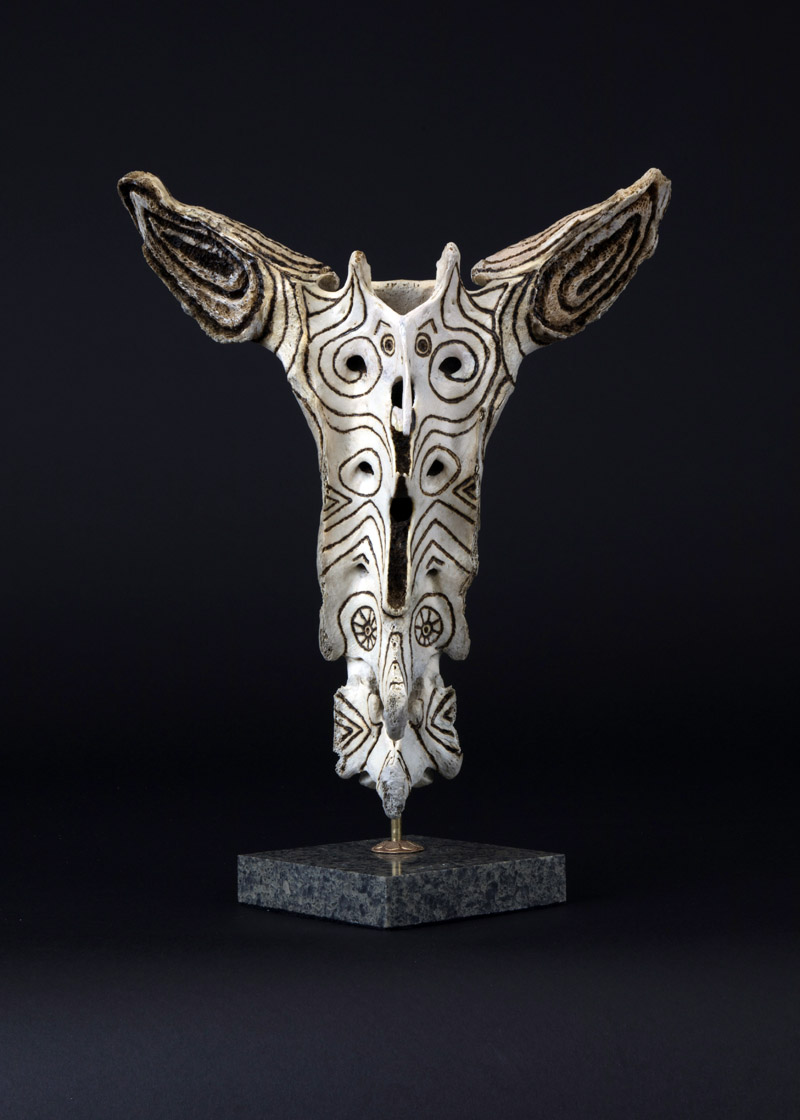 Plummer fashions many of his striking bone sculptures from the jawbones of moose, elk, bison, and cattle. “Some people give them to me; they come across the carcass in the woods,” he said of how he acquires the bones for his work. “I’ve gotten quite a few moose jawbones from Maine. They’re very long and slender; they’re beautiful.” He also buys bones on eBay.

“Sometimes they are really powerful,” Plummer said of the bones. “Especially the (bones of) horses.” Plummer recently finished a piece called “Loki,” made from the sacrum bone of a horse.

Plummer works with a variety of tools, including a dentist drill and tiny bits, so small “you have to use magnification just to see the bits,” he said. In addition to attaching meticulously crafted metal masks to his pieces (he even makes the unique rivets needed for decoration), Plummer uses his tools to create extensive, artistic scrimshaw work on the bones he turns into artwork.

“I’m working under magnification,” said Plummer. “You don’t have any peripheral vision; you’re within a few inches of what you’re working on. It kind of puts you in an altered state. When I’m in that place, I kind of let go and let the material tell me what it wants to be.” 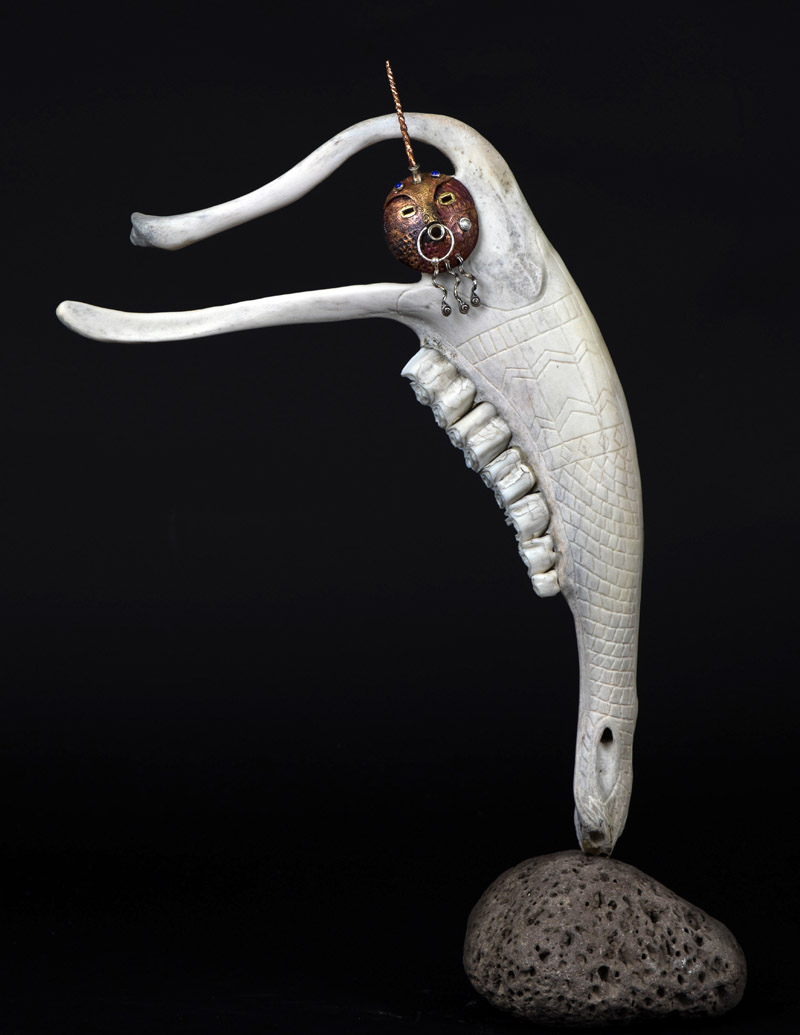 The piece he named “Loki” “turned into what it wanted to be,” he said. In order to get to the place where he can allow the material to dictate the artistic outcome, “you really have to get through a lot of fear about criticism.”

One might think, given the beauty, intricacy, and time commitment involved with his bone-and-metal work, that Plummer has been at it for a long time. Not so. He began creating his increasingly popular sculptures in March of last year. “It was just a weird coincidence,” he said of beginning to work with bone. “I just happened to have a jawbone lying on my bench.”

We can all be thankful that Plummer has developed such a great working relationship with animal bones. The results are stunning.

Learn more about Keith Plummer and his captivating artwork at keithplummersculptor.com.