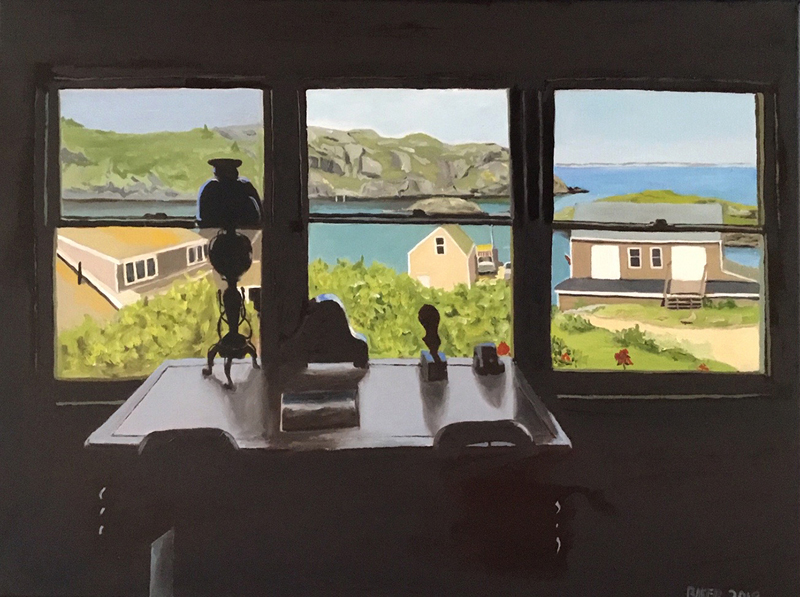 “Library View, Island Inn, Monhegan Island,” a painting by George Baker currently on exhibit in the “Monhegan and the Islands” show at Kefauver Studio & Gallery in Damariscotta. (Image courtesy Will Kefauver)

Reveling in island time at Kefauver: Last week, I reviewed Damariscotta painter Will Kefauver’s fine little solo show at Rising Tide Co-op in this newspaper. In my review, I mentioned that Kefauver has a multi-artist show called “Monhegan and the Islands” up at his gallery in Damariscotta, Kefauver Studio & Gallery.

I noted that local heavyweights Dale Dapkins, Hannah Ineson, DiTa Ondek, and Kim Traina have pieces in the “Monhegan” show. Add to that such local luminaries as Jan Kilburn, Deborah Kozak, Sally Loughridge, and Kefauver himself, among others, and you’ve got the ingredients for one heck of an interesting exhibit, which “Monhegan and the Islands” is. I know, because I checked it out. I just had to. 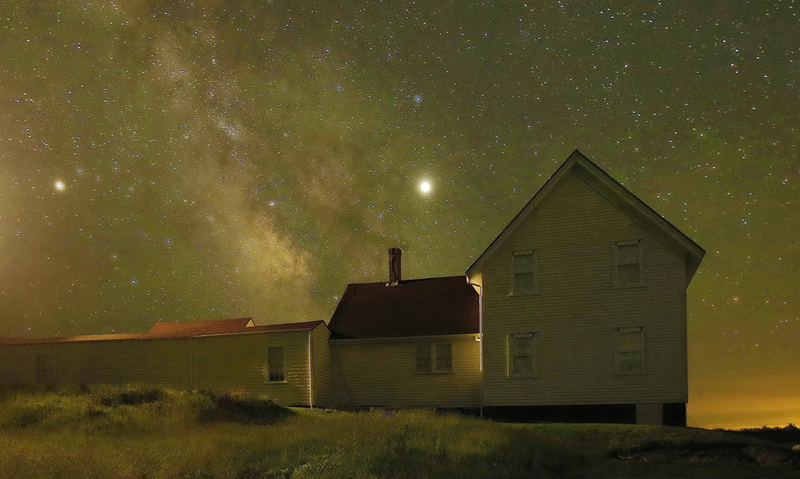 “Milky Way Over the Lighthouse Keeper’s House,” a photograph by the late Steven R. Dunn. (Image courtesy Will Kefauver)

Front and center as one enters the gallery – as it should be – is a collection of the stellar photographic work of the late Steven R. Dunn, who passed away unexpectedly this past Aug. 15 at the age of 64. Dunn’s work is remarkably beautiful. Check out his stunning photograph of the large bell on Monhegan’s Lighthouse Hill at night and his piece titled “Milky Way Over the Lighthouse Keeper’s House.” The latter, besides being so striking as to silence one with its beauty, is also a shot of the back side of the area at the Monhegan Museum of Art & History where the white boat that so many like to paint and photograph sits. Dunn has created a thing of awesome loveliness from a scene that is literally on the flip side of a popularly depicted scene. Talk about having an eye for possibility!

Another striking aspect of the “Monhegan” show is just how firmly it drives home the notion that every artist has her or his own interpretation of a scene, a place.

George Baker’s painting titled “Library View, Island Inn, Monhegan Island,” for instance, is a view from inside the Island Inn looking out onto a sunny Monhegan day, the water and Manana Island in the distance. Much of the painting is “in the dark” of the interior of the inn, though, with the outside light reflecting off of a table inside the venue, deftly captured by Baker’s expert hand. (It is always so fascinating how one portrays light with the color of paint one chooses.) 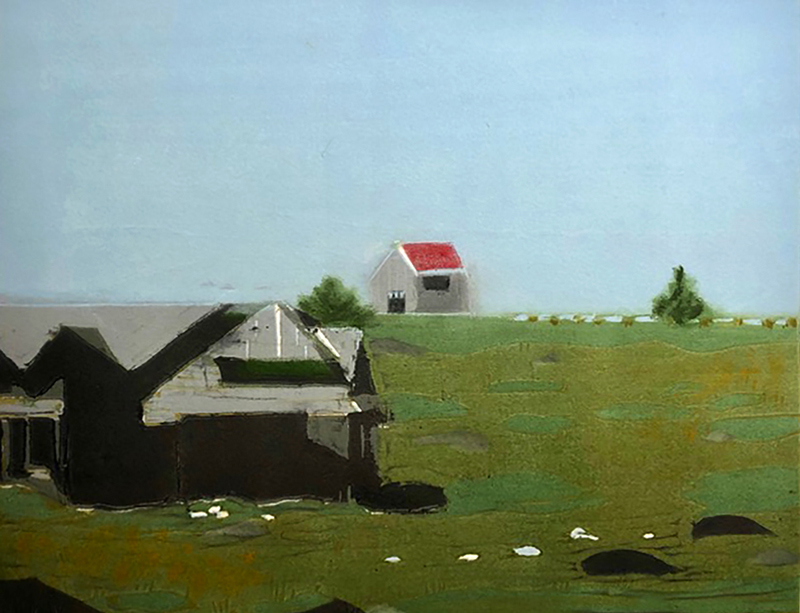 Directly opposite Baker’s piece is a watercolor painting by Kilburn, “Monhegan Harbor,” a very different treatment of a Monhegan scene. In Kilburn’s hands, Monhegan appears entirely colorful and awash in flowers and a dramatic blue-and-white sky.

Susan Pecora takes a Monhegan scene to a delightfully surreal level in her mixed-media-on-board piece titled “Shifting Realms.” Spend some time studying that one!

Other islands besides Monhegan are represented as well: see Gail Warrell’s “Islands at Cobscook” and Scott See’s “Chebeague Sunset.” 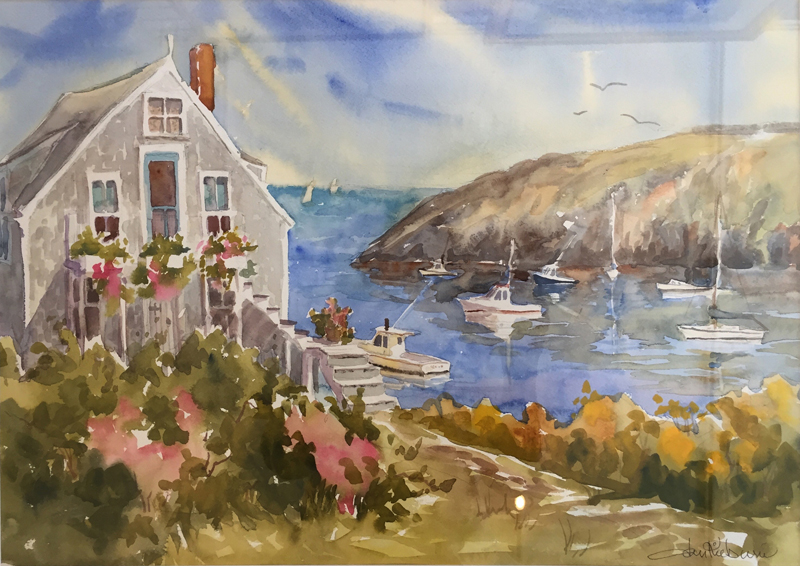 Short of one going to an actual island, the “Monhegan and the Islands” show offers an opportunity to immerse oneself in island life through the engaging art in this show. Highly recommended.

“Monhegan and the Islands” runs through Sunday, Oct. 6. Kefauver Studio & Gallery is located at 144 Bristol Road, Damariscotta, and is open daily from 10 a.m. to 6:30 p.m. It is online at kefauverstudio.com and can be reached by phone at 226-0974.