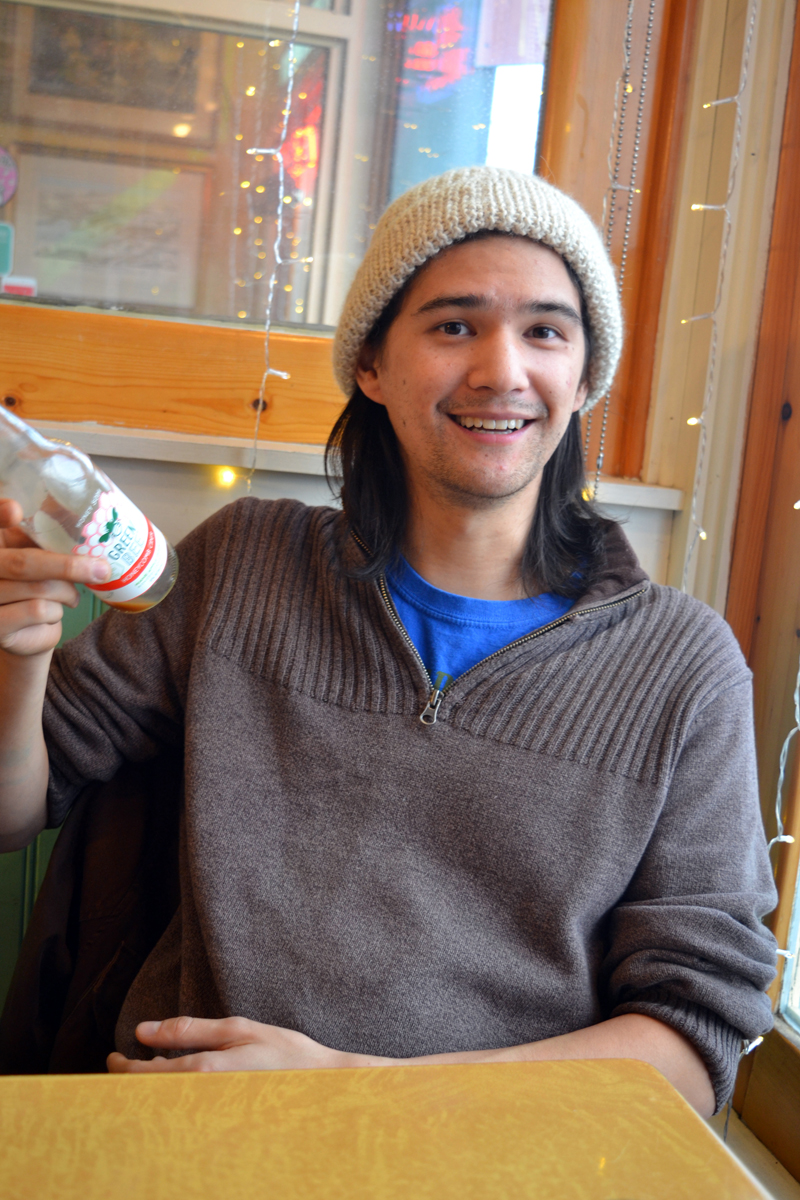 Open mic lowdown: I had the pleasure last Thursday, Jan. 23, of spending time hanging out at Fernald’s in Damariscotta with a handful of local musicians (well, four actually), one of whom recently started working at the LCN as a press assistant and newspaper delivery person. That delightful individual is Griffin Han-Lalime – electric bassist, keyboard player, and vocalist – of the Newcastle band Zesty! (with Zach Rankin, Ben “Blues” Chute, and Jackson Cromwell) and Damariscotta band The Gainers (with Graham Walton and William Fulton).

Han-Lalime rounded up local keyboardist and bassist Chuck Benson, of Damariscotta band The Gulch and Bath-based Papa Tim and the Desperate Man’s Blues Explosion; guitarist, bassist, and vocalist Corey Redonnett, also in The Gulch; and Caleb Jones, who sings and plays guitar and harmonica in Driving Charlie Home.

All four are familiar faces at the Thursday-night open mic at Newcastle Publick House, which takes place from 8-11 p.m. (and switches over to Schooner Landing in downtown Damariscotta when it opens up for the tourist season). Jones, in fact, was one of the founders of the Twin Villages open mic, now in its ninth year. It began at Schooner Landing as a small all-acoustic event, he said, and has grown and evolved into a largely “electric” open mic.

There are about 20 musicians that show up regularly at the current incarnation of the local open mic, said Benson.

Han-Lalime said there are 10 rotating musicians that take turns hosting. He and his Zesty! bandmates, Cromwell, Rankin, and Chute, host “a majority of the open mics,” he said. “Other regulars who have hosted before include Olivia DeLisle, Michael Sevon, and my bandmates in The Gainers. … Matt Peters, the head bartender at Oysterhead Lounge (at Newcastle Publick House), is always there, and has been known to sing. … He also books bands for Saturday-night performances, so he’s always got his ear to the ground for new musical acts.”

Interested open-mic participants can sign up as a band or as an act, and each band/act usually gets to perform three songs. Han-Lalime pointed out that “jams” usually get interspersed with acts.

“Most of the jams have elements of rock, funk, jazz, and/or hip-hop, but anything goes,” Han-Lalime told me later. “We’ve had people play country, metal, traditional folk, a cappella, and a bunch of other stuff. There’s a guy named Thom who comes in once in a while and brings a small set of bagpipes!”

“A lot of times a singer will want to do a tune and musicians at the open mic will know it,” said Redonnett. That song is occasionally a jazz standard (Redonnett keeps a jazz “real book” in his car, for just such occasions).

Herbie Hancock’s “Chameleon” and “Mercy, Mercy, Mercy,” by Joe Zawinul, are popular jazz songs that pop up at open mic, said Han-Lalime, “but we try to keep everything fresh by doing original jams as much as possible. You know, where someone takes a riff, either from a song or made up on the spot, and everyone else runs with it and improvises.”

Instruments available for people to use “vary a little from week to week, but for a majority of open mics, there’s drums, guitar, bass, keyboard, and, of course, a microphone or two. There’s usually a tambourine, too,” said Han-Lalime.

But people are encouraged to bring their own instruments as well, like Thom does with his bagpipes. Han-Lalime would love to see “horns and woodwinds. Like saxophones, trumpets, trombones, flutes, etc. I’ve seen jams with those instruments at other open mics and they’re always really cool, but the players who play them just don’t seem to come out around here.” 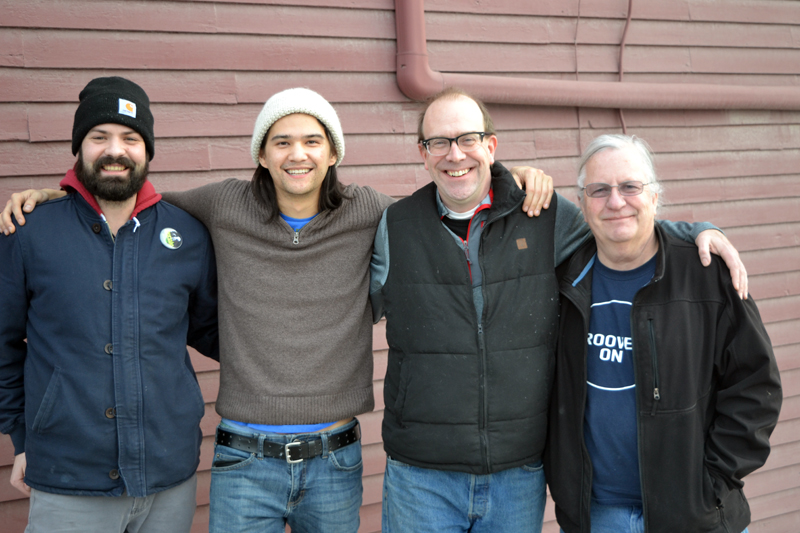 “It’s very welcoming to newcomers,” Benson stressed about the local open mic. He said he has attended a number of other open mics, including a number outside of Lincoln County, but “in the grand scheme of things, I’d say this is the best open mic I’ve run into.”

Jones said he likes that he has gotten to watch “the progression of all the musicians over time, and their attitude and energy. Everyone is getting the opportunity to get up in front of a group of people and play.”

“And it is very supportive,” Redonnett added. “Everyone’s there to see someone ‘win,’ to see someone succeed. … Even if they have a bad night, there’s a hug, there’s something for them.”

“As a result of open mic, I feel more connected to the community than in any other place I have ever lived,” said Benson.

In addition to praising open mic, Redonnett pointed out that “one of the really important things is that there is so much going (musically) in the local community,” mentioning the DaPonte String Quartet, Seacoast Community Orchestras, Tapestry Singers, Salt Bay Chamberfest, and the music program at Lincoln Academy in Newcastle as prime examples.

I asked Han-Lalime after our Fernald’s discussion what he loves about open mic. “Lots of things,” he said, “but I think my favorite moments are when I see new performers. I love the community and I love playing and all the euphoria that can come with that, but one of the things that makes open mic special is that it’s open. Anyone can get up and do a song, or a poem, or a joke, or whatever.

“Seeing new people come through and get up on stage in front of a crowd, and the electricity that can come with those moments, no matter whether they flop or blow our minds, makes open mic feel like a truly great event.”

The Gainers will perform on Friday, Feb. 7 at 8 p.m. at The Narrows Tavern, 15 Friendship St., Waldoboro. Zesty! will perform at Newcastle Publick House, 52 Main St., Newcastle, on Saturday, April 4 from 8-11 p.m.