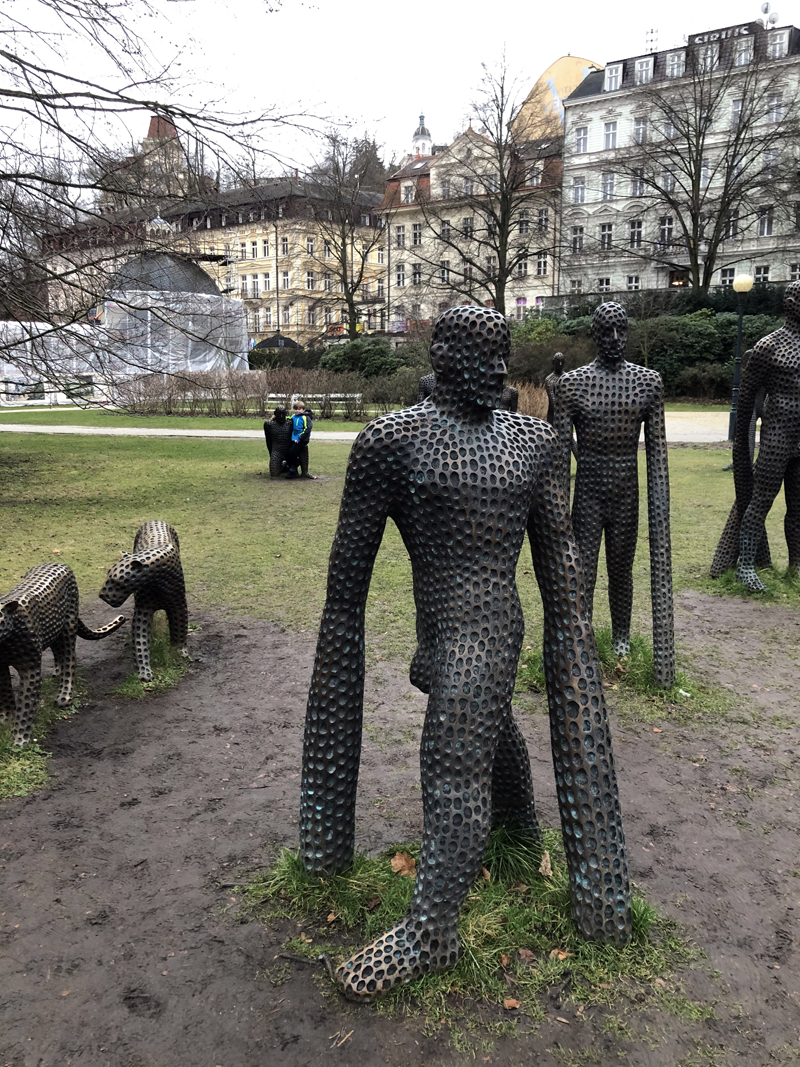 Checking out Czech Republic: As some of you know, I was out of the country recently for nine days visiting my son, Benjamin, and his family in Germany. I returned to work this past Monday – somewhat jet-lagged, but happier for the opportunity to have gone on my trip.

Now, nine days is far less time than I would have liked to stay there, so you can be sure that I packed in the fun in the short time I had, starting with basically hitting the ground skiing shortly after I got there.

On this trip, I got to go to the Czech Republic for the first time. The town in which my son lives, Weiden, is not far from the Czech border, so we all – Benjamin; my daughter-in-law, Sandra; and my always adventurous grandkids, Stella and Nick – took off on Presidents Day, Feb. 17 for the tiny town of Cheb and the widely known spa town of Karlovy Vary, where the 2006 James Bond film “Casino Royale,” starring Daniel Craig, was filmed.

Cheb is a fascinating little town. While some of its buildings are in a bit of disrepair – peeling paint, eroding plaster – all of the buildings exude an undeniable charm; many are painted in bright colors and decorated with elaborate woodwork, relief sculptures, or little stylized statues in little alcoves.

A lengthy metal timeline built into the pavement across the downtown area of Cheb starts out with the date 1061, “the first written mention of Cheb.” That makes Cheb the oldest place I have ever been to – by a lot.

The timeline also pointed out that Cheb resident Johann Widmann first used the symbols “+” and “-” there in 1489.

Other things that make Cheb so interesting: Hrad Cheb, or Cheb castle, built in 1179 by Emperor Frederick Barbarossa and featuring the striking Black Tower made of volcanic basalt, and Kramarska, or Shopkeepers Way, an impossibly narrow and compellingly charming cobblestone street barely over 5 feet wide, whose tall buildings loom over one on both sides as one walks. One building even leans slightly toward the street, posing the question, “How do they keep that thing up?”

About a 20-minute drive from Cheb, toward Prague, is Karlovy Vary, a beautiful town in western Bohemia situated along the warm-water Tepla River and featuring hundreds of hot springs. At numerous points along the town’s picturesque colonnade are spigots from which flow hot-springs water at various temperatures (all are identified according to exact temperature on signs next to each spigot).

There is a brisk trade in decorative ceramic Karlovy Vary cups with straws built into the handles for those wishing to drink the thermal mineral water for the stated healthfulness of it. Most of the people we saw – entire families included – had bought these attractive little cups and were busy filling them at the various stations and sipping from them. Stella and I each bought a little cup and tried the water, coming to the conclusion that no matter how warm or hot the water was – the hottest being 72 degrees Celsius, or 162 degrees Fahrenheit – it all tasted pretty much like hot, salty, rusty water. Stella described it as “like drinking a melted penny.”

In addition to the beauty of the architecture in Karlovy Vary, and the elaborately painted murals on some buildings, the park in the town’s center features an elaborate display of public art – numerous finely crafted bronze sculptures of leopards and humans with long arms rooted into the ground, by Prague artist Michal Gabriel. Nick, who is in the first grade, had a great time “riding” those leopards.