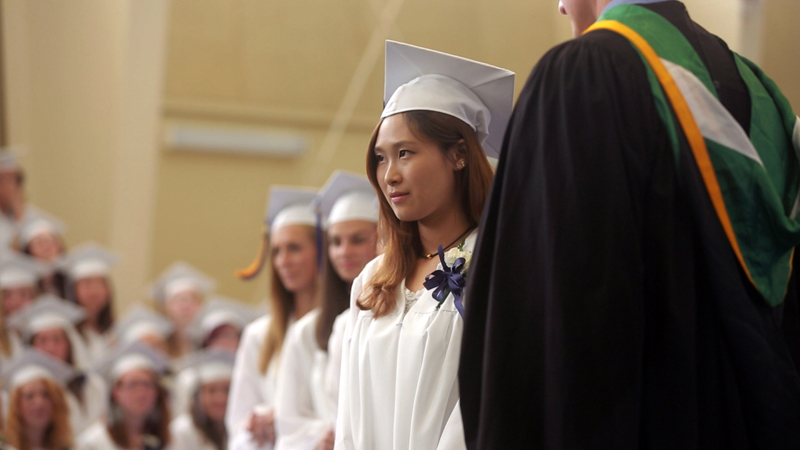 Cultural awareness: On Wednesday, Oct. 4, I attended the afternoon screening of the documentary film “Maineland” at Lincoln Theater in Damariscotta. “Maineland” follows two well-to-do, amiable Chinese high school students, Stella and Harry, as they attend boarding school at Fryeburg Academy in Fryeburg, Maine, coming of age in a culture very different from the one in which they were raised. The 90-minute 2017 movie, which took three years to film, is directed by filmmaker Miao Wang, who moved to the United States from China when she was 12.

“Maineland” should be required viewing for students at Newcastle’s Lincoln Academy (and I highly suggest it for others as well) as it offers a revealing, enlightening look at the experience of Chinese “parachute students” who attend private schools in the United States. Lincoln Academy, after all, has a significant number of such students housed in its dorms. 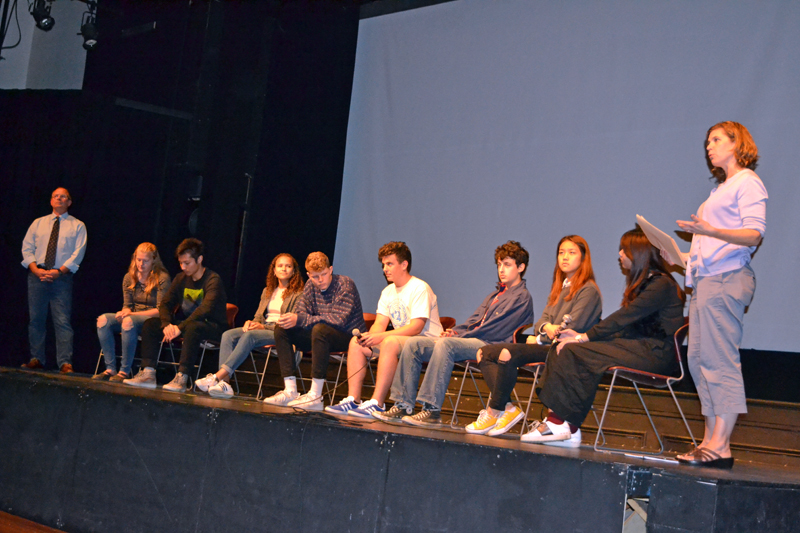 Selena, an LA junior from China who has been in the U.S. three years, said the film “really matched” her own experience. Chloe, a junior also from China, said “Maineland” was “really close to what I am experiencing right now.” At one point, Chloe, who attended a school in Oregon last year, observed that Lincoln Academy “has a really safe environment” compared to the Oregon school. “I didn’t feel too much safety over there,” she said.

The students on the panel agreed that getting involved in sports and clubs is a good way to make new friends for both residential and day students. In “Maineland,” the bubbly Stella becomes a cheerleader and makes many friends. Chloe is on the LA soccer team, which “brings so much joy in my life,” she said.

“Just be open, integrate, and have a good time,” said one student, capturing the spirit of both the discussion and the movie.

Guillerm goodness: Philippe Guillerm and his wife, Jacqueline Guillerm, own and run the wonderful Philippe Guillerm Gallery, at 882 Main St. in Waldoboro. During the upcoming ArtWalk Waldoboro on Saturday, Oct. 14 from 4-7 p.m. – the last one of 2017 – 50 percent of the gallery’s sales of sculptures and paintings (those marked with colored stars) will go to benefit hurricane victims in the Bahamas.

The Guillerms – who own a sailboat – “will sail and personally deliver” the proceeds “and donate their time and expertise to help rebuild homes and schools devastated by the (recent) hurricanes,” Jacqueline Guillerm told me in an email.

Ponder a turquoise table: In addition to writing this column and other arts-related pieces, I am also the copy editor here at The Lincoln County News, which means I read and edit a lot of press releases and columns each week, including “Ponder and Stir,” by Sharon Christian Aderman.

Reading through Aderman’s column is always a pleasure, offering sensitive, thought-provoking words and a relevant recipe that always sounds yummy.

In this week’s “Ponder and Stir,” Aderman talks about her neighbor, a woman named Mary who is taking part in a relatively new movement called The Turquoise Table, aimed at building community by putting a turquoise table and chairs in one’s front yard. It’s definitely a piece of writing worth reading.

One can learn more about The Turquoise Table at kristinschell.com.