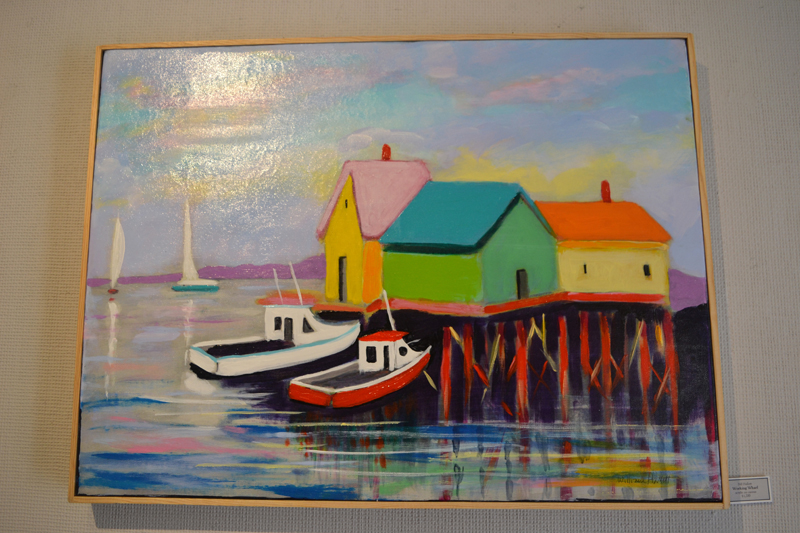 Boats!: It is definitely the time of year for boats. On the water, on boat trailers on the way to water – and at “The Boat Show” at Kefauver Studio & Gallery in Damariscotta. 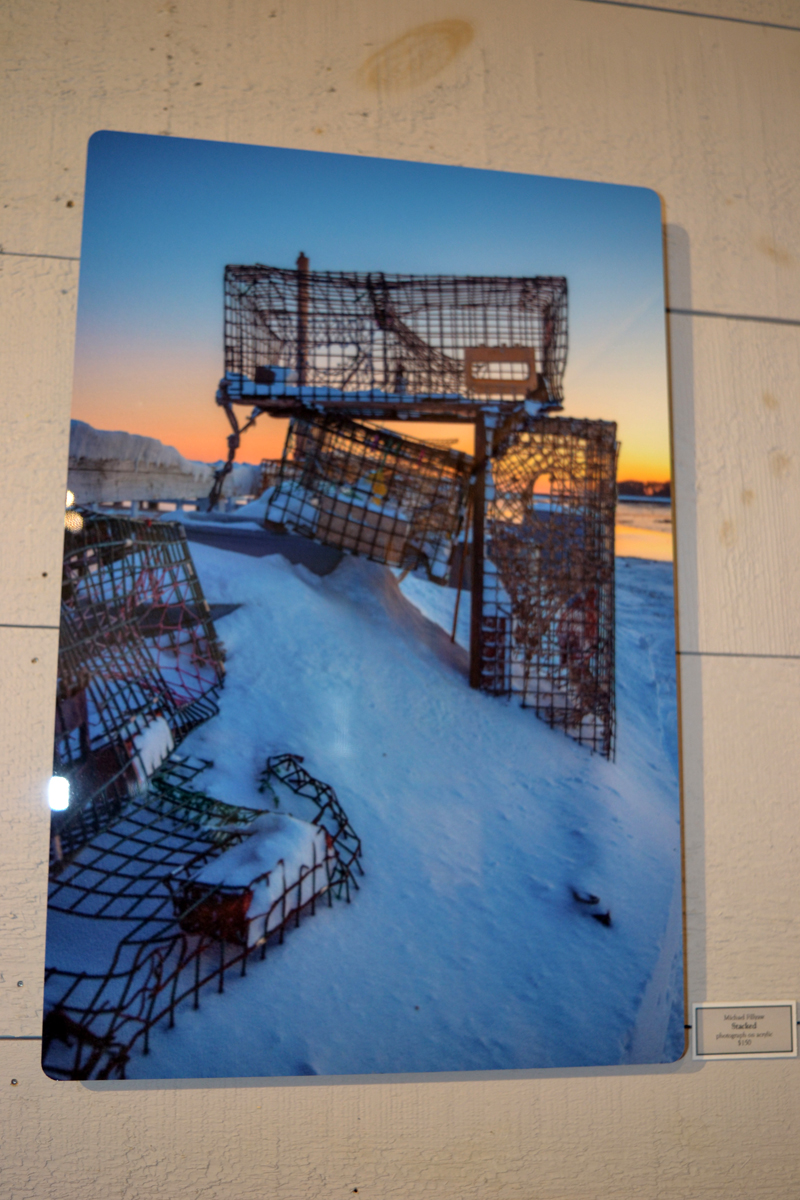 I like “The Boat Show.” I have checked out the annual show each year since I moved to the area in early 2016 and have never been disappointed. It is refreshing to be immersed in artwork representing boats and boat-related items such as lobster traps and buoys, and, of course, water — lots of water.

Gallery owner Will Kefauver assembles the juried show, this year featuring the work of 28 artists, plus that of the talented Kefauver.

Familiar names from previous Kefauver exhibits, such as painters Lydia Kaeyer and DiTa Ondek, printmaker Deborah Kozak, and photographer Jim Nyce, weigh in. Ondek offers three acrylic paintings in her signature, slightly quirky style, including two 6-by-6-inch pieces, one featuring five hanging lobster buoys and one of a beached kayak. Kaeyer has four watercolors in the current show. Two nicely capture the reflections of boats in the water – “Rowboat Reflection in Blues” and “Multicolored Reflections.”

Nyce’s “In the Fog,” of a tanker ship out to sea partially obscured by fog, and “Red Skiff,” of a sole little unmanned boat on a body of water, are particularly nice, as are the brightly colored paintings of William Hallett.

Kefauver staple Dale Dapkins returns with “From the Harbor,” a reliably wacky and cartoon-like acrylic painting featuring Dapkins’ trademark roiling clouds and waves and a few odd, entertaining details – a couple of striped, sperm-like critters wriggling in the sky; an electrical outlet with what looks like a banana slug atop it (also in the painting’s turquoise sky); and what might be a slice of pizza (also in the sky).

Gallery newcomer Wolfgang Busse, an adept painter of boats who is the co-owner of McGrory & Wolf Gallery in Waldoboro, has three paintings in “The Boat Show”: “Tugboat in the Harbor,” “Hauled for Repair,” and “Homecoming.” See his pieces at the Kefauver show, and then head to downtown Waldoboro at some point to see more of his work at his gallery, as well as that of gallery co-owner Polly McGrory, who is also a very fine painter. (Say hi to Max the gallery dog while you’re at it.)

“If you don’t like boats, this is the wrong show,” said the friendly Kefauver on the day I visited. “Go in the other room and see my barns.” The gallery room adjacent to the one housing “The Boat Show” does indeed offer paintings of such non-boat things as barns, like Kefauver’s “Cupola,” featuring the roof of a red barn with some snow and a cupola on it. 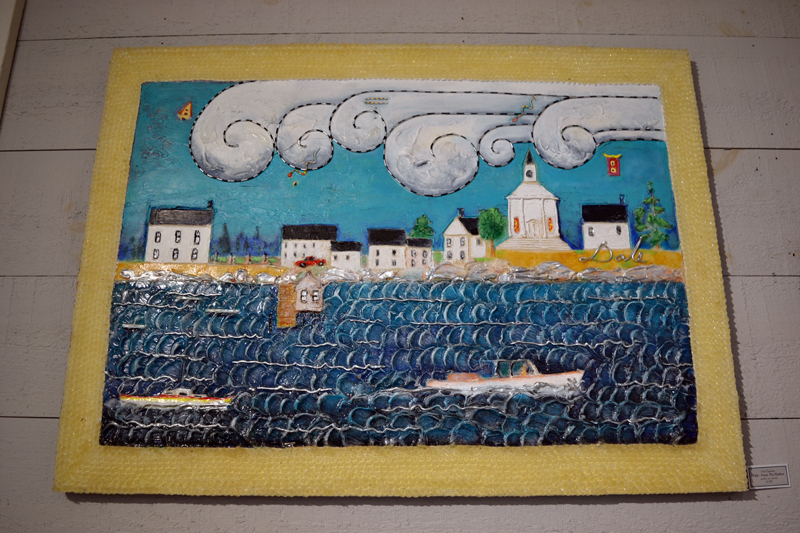 Kefauver Studio & Gallery is located at 144 Bristol Road, Damariscotta, and is online at kefauverstudio.com. “The Boat Show” runs through Sunday, Aug. 5. Call 226-0974 for more information.

Taking a week off: “Lincoln County Artsbeat” is taking a week off next week, as am I. I have family and friends in town from California, Maryland, and Germany and I want to spend some uninterrupted time with them. Have fun, everybody!