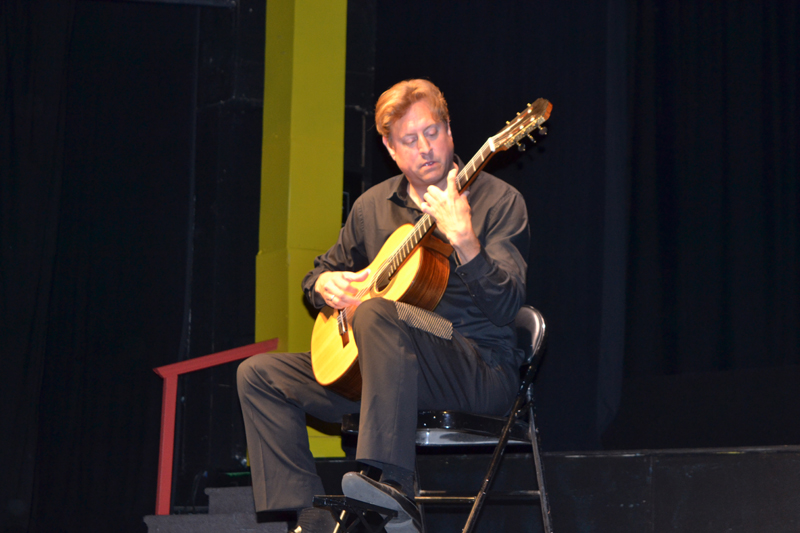 Beautiful music for lunch: I had the pleasure on Thursday, Aug. 9 of attending the noontime concert of classical guitarist Jason Vieaux at Lincoln Theater in Damariscotta, part of Salt Bay Chamberfest’s new Thursdays @ Noon series.

The Thursdays @ Noon concerts are a free addition to a vibrant festival lineup that includes the upcoming concert at Darrows Barn in Damariscotta at 7:30 p.m. on Friday, Aug. 17 featuring the Brentano String Quartet, cellist Wilhelmina Smith, and composer and electric guitarist Steven Mackey performing Mackey’s “Fusion Tune,” the world premiere of Mackey’s “Joy Rhythm Study,” and Franz Schubert’s Cello Quintet in C major, D. 956. A pre-performance talk will take place at 6:30 p.m. Tickets can be purchased at saltbaychamberfest.org.

Vieaux, a Grammy-winning artist who was called “one of the elite of today’s classical guitarists” by Gramophone magazine, altered his Aug. 9 program somewhat, opening with Fernando Bustamente’s short-but-sweet “Misionera” rather than Domenico Scarlatti’s Sonata in A major, K. 208, which he played next. The Scarlatti piece in Vieaux’s able, purposeful hands was beautiful, peaceful.

Vieaux introduced his third piece, “Variations on a Theme of Handel, Op. 107,” by giving a little history on the composer, Mauro Giuliani, who lived from 1781-1829. “He’s really a contemporary of the greatest violinist, Niccolo Paganini,” Vieaux said, adding that Giuliani was to the guitar what Paganini was to the violin.

Vieaux explained that Scarlatti, Handel, and Bach were “the most important composers of the Baroque era,” therefore it was fitting to sandwich Giuliani’s spellbinding Handel-focused piece between the Scarlatti and the following piece, Johann Sebastian Bach’s Violin Sonata No. 1 in G minor, BWV 1001.

The Bach piece was the second time that Vieaux changed his program, performing only the Adagio and the Fuga – Adagio sections of the piece. Throughout the Bach, as elsewhere in the program, Vieaux appeared subtly to enjoy himself, a gentle smile or contented look flashing across his face as his hands engaged in often complex maneuvers on his guitar. Vieaux’s ability to deliberately alter the tempo of a piece, creating subtle but effective pauses at just the right time, is notable. He is not theatrical, and perhaps that is why he gets the point of the music he is immersed in home to the audience on such a deep level.

Vieaux’s world-class performance, which also included Isaac Albeniz’s “Asturias (Leyenda),” Antonio Carlos Jobim’s “A Felicidade,” and Duke Ellington’s “In a Sentimental Mood,” was pure joy. The latter two pieces proved that Vieaux can embrace jazz with the same finesse and care as he approaches his strictly classical work. It amazes me that a performance of this caliber was actually free. 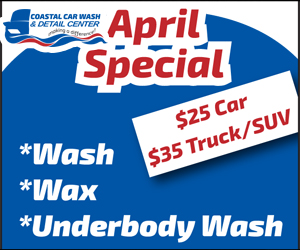