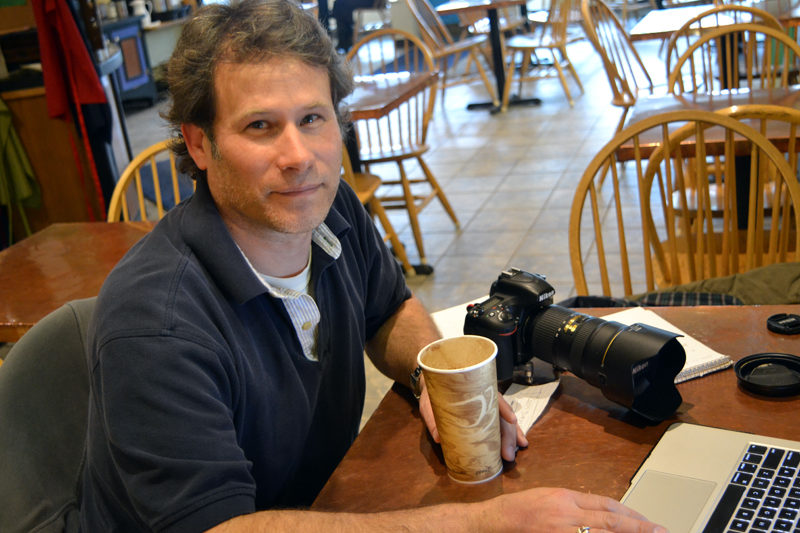 Michael Sevon is a photographer, a drummer in two local bands, and a janitor at Great Salt Bay Community School in Damariscotta. (Christine LaPado-Breglia photo)

Photographer extraordinaire: I recently had the pleasure of spending time talking with Jefferson photographer Michael Sevon. I learned about Sevon from Anne Plummer, who teaches writing at Great Salt Bay Community School in Damariscotta and also oversees the GSB Online Gallery of Arts and Literature. Sevon’s truly fine work is featured in the GSB Alumni Gallery section of the site.

Besides praising his photographic work, Plummer also told me that Sevon, who works full-time as a janitor at GSB, donated a framed 20-by-30-inch version of a striking color photograph of New Harbor to a recent fundraiser for GSB student Alice Skiff, who is recovering from a successful surgery to remove a brain tumor. The piece raised a little more than $400, Sevon said.

“The fundraiser came up and I just said I’ll frame it and donate it,” said Sevon of the photograph that he “took on a break when Bristol Rock was playing at Shaw’s Wharf.” Bristol Rock is one of two local bands that Sevon, an accomplished drummer, plays in; the other is Misery Gulch.

Sevon is a youthful-looking 48-year-old, happy to be back in his native Maine, close to family, after living for 15 years in Southern California, where he worked as a professional drummer. He said he carries his camera with him everywhere he goes, always ready to capture a landscape shot in just the right light or a photo such as the remarkable one he showed me of a mother robin with her baby birds, mouths wide open for food. 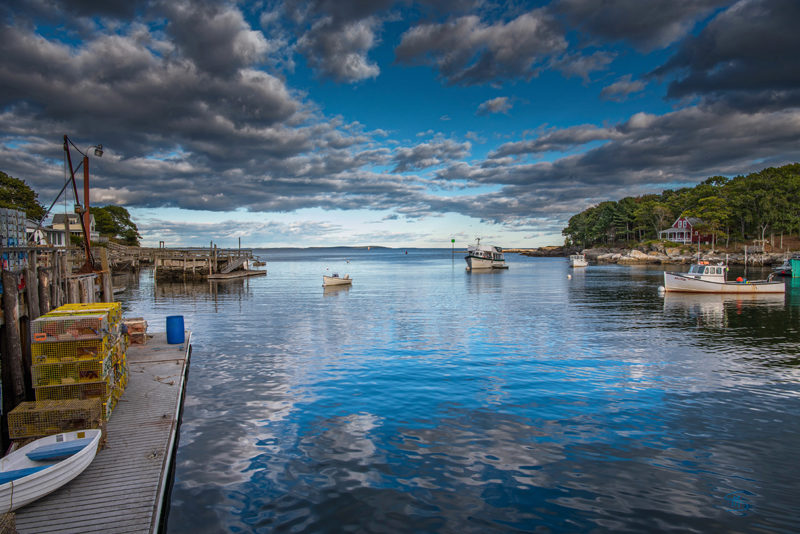 The photo of the robins came about “just by chance,” he said. “I didn’t spend hours out there looking for it. My dad just said ‘Hey, there’s a robin’s nest out there’” and he went outside and got the shot.

Sevon said he takes most of his photos in Lincoln County, especially near his home in Jefferson. A particularly lovely overhead photograph of trees in all their colorful autumn splendor was taken with a drone, part of his small arsenal of top-notch photographic equipment.

Sevon, who took his first and only photography course just “a little over a year ago,” has not yet entered a contest or exhibited his photographs in a show. “I’m getting there,” he said humbly. “I wanted to get to a certain level.”

Thanks for the mail: I recently received two pieces of mail, one a thick letter (and poems) from retired Midcoast teacher and published poet Arden G. Thompson, and the other a postcard from Susan and Bob Bradford advising me of the large painting recently acquired by Wiscasset Public Library – a 5-by-5-foot oil painting called “Popham at Night.” “Stunning! Museum quality!” they wrote. I will definitely check it out.

Here is one of Thompson’s poems:

all that I am,

Use your red pencil

Email me at clbreglia@lcnme.com or write me an actual letter, as Thompson and the Bradfords did, in care of The Lincoln County News, P.O. Box 36, Damariscotta, ME 04543.