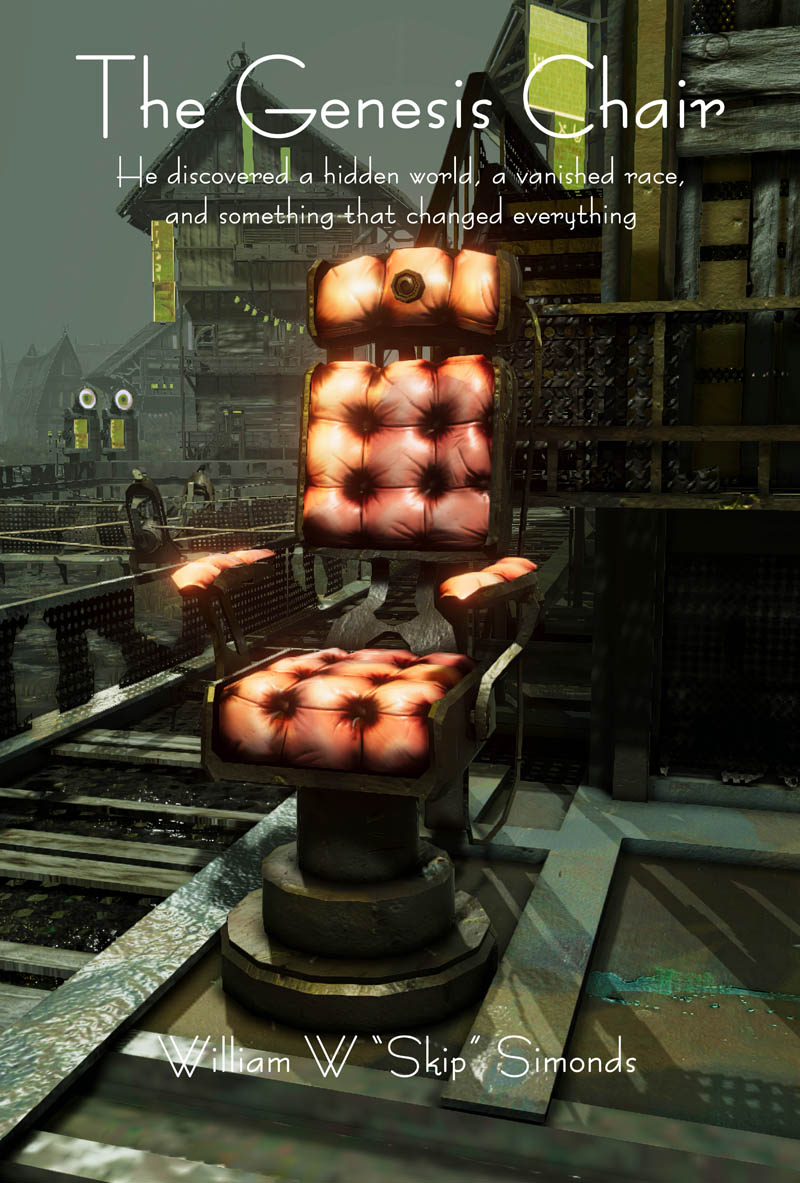 The cover for Skip Simonds’ new book “The Genesis Chair.”

What can be done when the partisan divide of the evening TV news finds its way into the day-to-day flow of life? There are two choices: escape or tackle it head on. What if it was possible to do both at the same time?

Local author Skip Simonds has released his sixth book, “The Genesis Chair,” that does just that. Simonds, a science fiction buff from his youth, has written a classic sci-fi yarn that serves up escapist adventure wrapped in an allegory that is critical for present times: how to transcend the self-centeredness of the now.

“I wanted to write a work reminiscent of the classic sci-fi golden age of the 50s and 60s,” Simonds said. “Sci-fi can be way more than just ray guns and space ships. The best has always had the power to get us to step outside of our daily lives and consider ideas and concepts we might never otherwise even see. That was my goal in writing ‘The Genesis Chair.’”

Simonds acknowledges that science fiction is a tough genre to sell, but reported that he has several friends who don’t even like the genre but who read and loved advance copies of the book

“I think it is the universal appeal of the underlying message of transcending the anger and separation of the day. That appeals to way more than just sci-fi fans,” Simonds said.

The book tells the story of Deke Sandborn, the executive officer on a cargo ship bound for deep space. He thinks it’s just a regular run, but that was before they lost propulsion, had to land on an alien planet, and he killed his captain. Now he’s been told by an alien mystic that he has to invent a time-travel machine, go back in time, and talk a stranger into writing a book that will change civilization.

“The Genesis Chair” is available in paperback at the Southport General Store, where Simonds will autograph copies. The book is also available at amazon.com. In addition, there is a Kindle e-version as well as an audible book narrated by Simonds on audible.com.