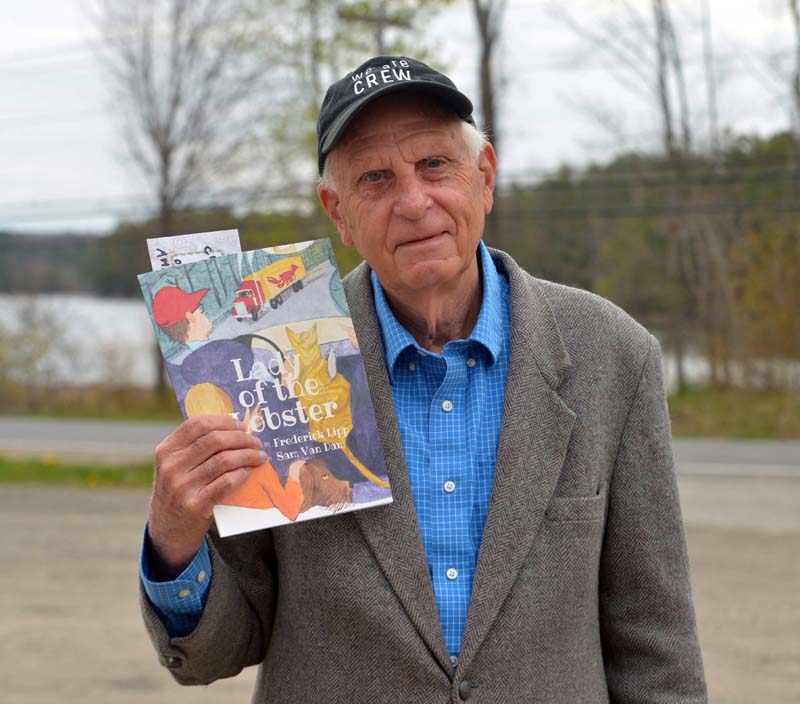 The Rev. Frederick Lipp holds a copy of his newest children’s book, “Lady of the Lobster.” (Paula Roberts photo)

The Rev. Frederick Lipp grew up listening to his father tell him stories. One of those stories inspired his new children’s book, “Lady of the Lobster,” illustrated by Sam Van Dam.

“This is a story never told,” Lipp said. “In every lobster there is a sack. Inside is a lady sitting on a throne with hair, arms, and a robe.”

Lipp lives on the Alna-Whitefield line with his wife, Kitty. “Lady of the Lobster” is his 11th book.

A retired Unitarian Universalist minister, Lipp worked in the U.S. and the U.K. His stories are set in countries around the world. Lipp founded the Cambodian Arts and Scholarship Foundation, a nongovernmental organization that helps educate girls in Cambodia.

“Lady of the Lobster” is set in Round Pond. It is a story Lipp has retold at least 1,000 times since 1944. The story is about the fun of summer gatherings, lobsters, and surprises in unexplored places.

The story follows a little girl from New Jersey named Ellie who visits her grandfather in Round Pond. Every year they eat lobster. One year, Grandpa tells Ellie a secret about lobsters that his father told him when he was a little boy. 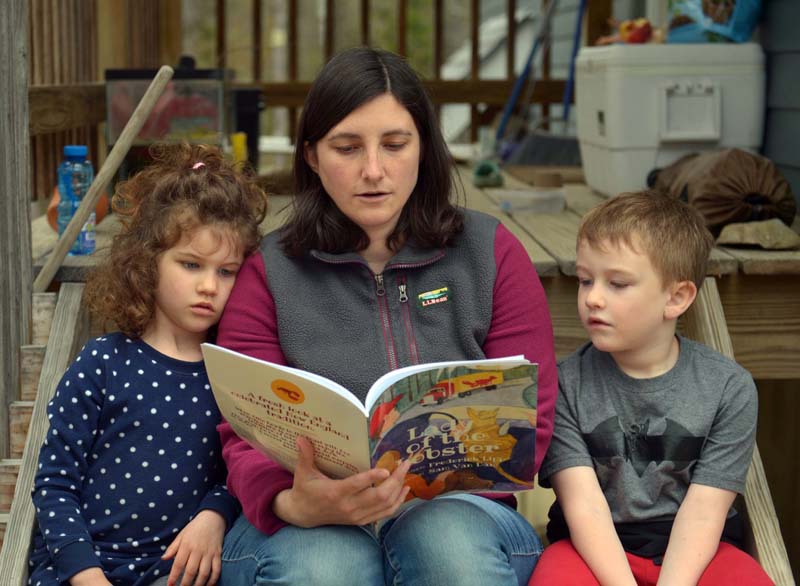 They eat their lobster as Ellie peppers her grandfather with questions about the Lady. By now, everyone in the restaurant is moving closer to learn of the mysterious Lady. Finally the grandfather reveals the secret and points out the Lady on her throne, located in the head of the lobster.

Lipp was first told the story by his father, Lewis, in 1944, when he was 6 years old. Lewis was on a short leave from the Navy and took Lipp and his mother to Rockport, Mass. for a daytrip. They couldn’t afford to buy whole lobsters, so they bought a dozen lobster bodies for a dollar. As they sat on the rocks enjoying their lobster, Lewis shared the story of the Lady, which was told to him by his father on Cape Cod.

“She shines bright as a star for all those who look for beauty in unexplored places,” Frederick Lipp said in notes at the end of his book.

“Lady of the Lobster” is available from Amazon.