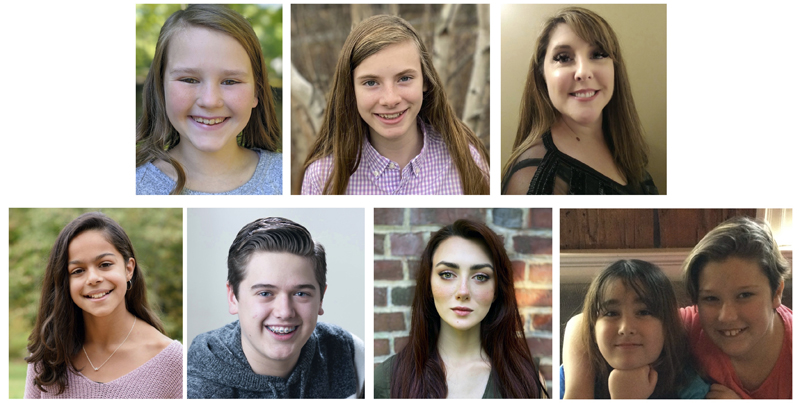 On Nov. 14, eight students from the voice studio of Beth Preston participated in the Maine National Association of Teachers of Singing musical theater auditions. In the past, the auditions have been live in front of judges at Bates College. This year, the students submitted video recordings for judges to review.

Each student was required to record two songs of contrasting styles from stage or movie musicals. One of their selections needed to have been published prior to 1985. They were also required to demonstrate belt and “legit” style.

All of the students were judged on tone production, breathing, articulation, musicality, style, interpretation, diction, artistry, and full characterization of the lyrics. After the preliminary round, the judges for each division chose their top three singers to advance to the finals, where they were scored by different judges.

The Heartwood Voice Studio is proud to announce that five of the eight participants placed in the finals: Junior Division, second place, Sophia Mansfield; Division I, first place, Sophia Scott, and second place, Violet Holbrook; Division II, second place, Harrison Pierpan; and Avocational Division, third place, Kelly-Ann Walker. They will receive cash awards and certificates. The video submissions of all the performers can be viewed at facebook.com/mainenats.