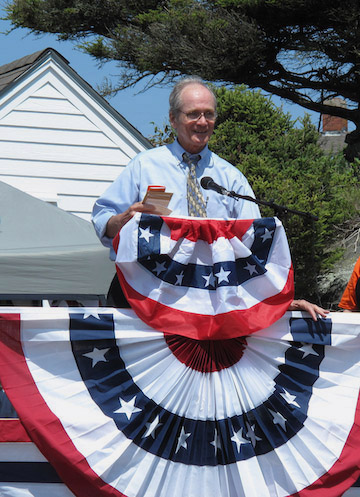 The museum’s chief curator, Jennifer Pye, and Robert Stahl, the associate director and director of the James Fitzgerald Legacy, will take over as co-directors of the museum.

In 1983, Deci became a trustee of the Monhegan Associates, the island’s land trust, which at the time owned the Monhegan Museum, which had an annual budget of $200. Deci was instrumental in leading the formation of the museum as a separate new nonprofit organization, which later became the Monhegan Museum of Art & History. Deci was then elected both director and president of the new museum.

• More than $3.5 million raised toward a capital campaign goal of $8 million, launched in 2013. In 2018, the Wyeth Foundation, through Jamie and Phyllis Wyeth, donated $1 million as a challenge grant for the campaign.

• Acquisition of the Monhegan Light Tower from the Coast Guard in 1998, which still functions as an important navigational aid in Muscongus Bay, and a complete restoration of the lighthouse in 2009.

• Also in 1998, construction of a replica Assistant Keeper’s House (razed in the 1920s) to serve as gallery space for art exhibitions, provide curator’s offices, and furnish a climate-controlled vault.

• Acquisition of the James Fitzgerald estate in 2004 from Fitzgerald’s heir, Anne M. Hubert, which includes his house and studio on Monhegan (both built by Rockwell Kent) and more than 600 works of art by Fitzgerald.

• A $300,000 grant from the National Endowment for the Humanities to fund environmentally friendly climate control for museum buildings.

• In 2018, acceptance of the Kent-Fitzgerald properties into the Historic Artists’ Homes and Studios program of the National Trust for Historic Preservation.

• Also in 2018, celebration of the museum’s 50th anniversary with a special exhibition of highlights from its collection, along with a commemorative book. 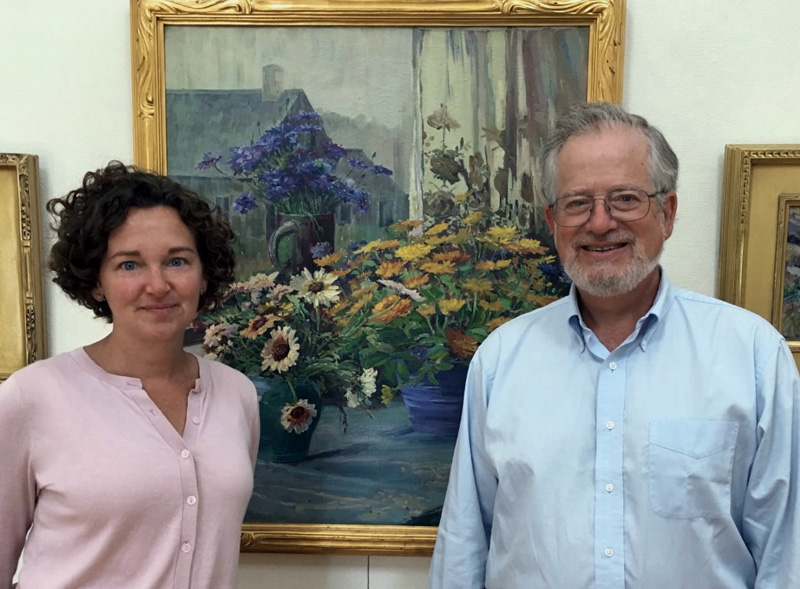 New co-directors Pye and Stahl both have substantial experience with the museum. Pye has been with the museum for 20 years, beginning as an intern in 1999. In 2003, she was appointed curator of collections, and she was promoted to chief curator in 2015. In addition to her curatorial responsibilities, she has managed the museum offices and has been responsible for cataloguing the collection. Most significantly, she wrote and served as project director for the successful $300,000 grant application to the National Endowment for the Humanities that funded innovative and sustainable approaches to improving the collections environment.

Since 2013, Pye has been on the board of Maine Archives & Museums, serving as its treasurer from 2015 to 2018. Pye has served on boards and committees of a number of Monhegan’s associations, including its library, the sustainable community association, and the Quadricentennial Celebration Committee.

Stahl has been associate director of the Monhegan Museum of Art & History since 2008 and director of the Fitzgerald Legacy since 2004. During Stahl’s 15 years at the museum, he managed the restoration of the Monhegan Light Tower, shepherded the Kent-Fitzgerald properties’ acceptance into the Historic Artists’ Homes and Studios program, co-curated this year’s Maud Briggs Knowlton exhibition and the 2015 Lamar Dodd exhibition, served as the museum’s treasurer from 2008 to 2019, directed the James Fitzgerald Catalogue Raisonne project, and managed and edited the production of multiple exhibition and collection catalogs. He is the author of “James Fitzgerald, The Drawings and Sketches: Selections from the Catalogue Raisonne, Vol. 1.”

Stahl will co-direct the museum with Pye through 2021, when Pye will become the director of the museum.

About the Monhegan Museum of Art & History

The Monhegan Museum of Art & History is located in the historic Monhegan Island Light Station, 12 nautical miles off the coast of Maine, and is a member of the Maine Art Museum Trail. Its mission is to steward and showcase art and artifacts that represent the collective values of the community and to communicate their meaning. The Lighthouse Keeper’s House contains exhibits of Monhegan’s history, and in the Assistant Keeper’s House an art gallery displays an annual art exhibition featuring the museum’s art collection, which spans more than 160 years.

Additionally, the Rockwell Kent/James Fitzgerald Home and Studio, a member site of the National Trust for Historic Preservation’s Historic Artists’ Homes and Studios program, presents a collection of works by Fitzgerald.