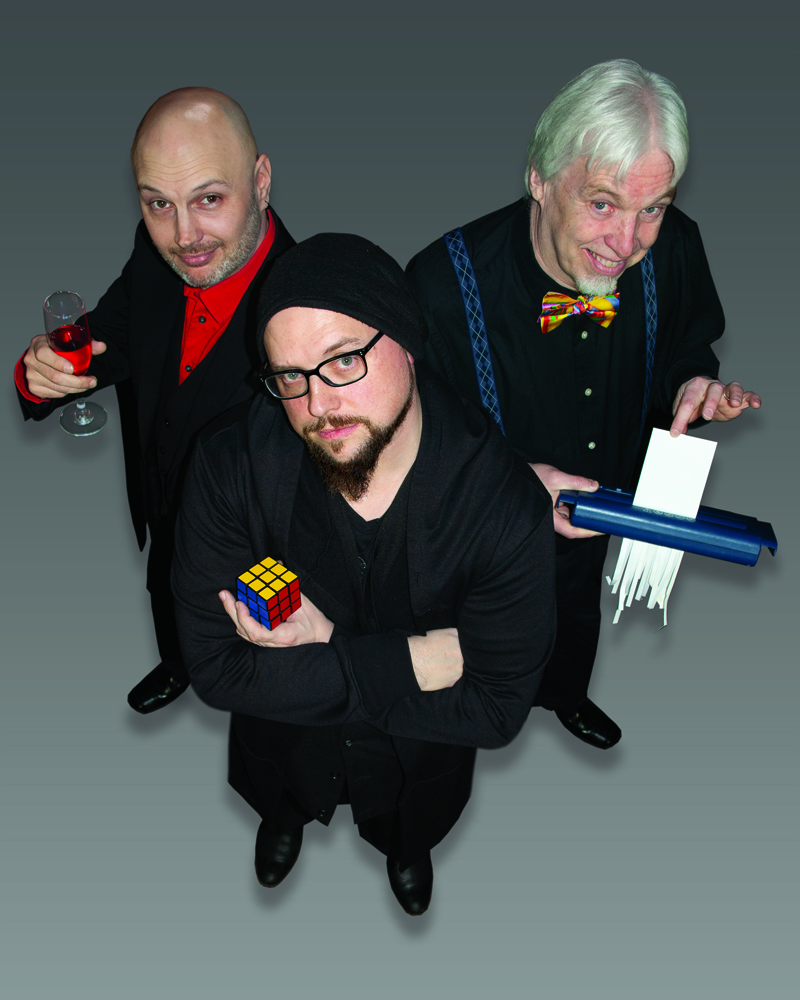 Three of the U.S.’s greatest magicians will be gathered on one stage in Midcoast Maine this September, when the Magic Beyond Imagination team arrives to amaze the audience at The Opera House at Boothbay Harbor on Thursday, Sept. 19. The group’s Mental Madness Show will feature Garrett Thomas, Kozmo, and Joe Maxwell.

Thomas is a magic creator, a technician, and an artist, as well as the TV consultant to David Blaine. Blaine says that, “Garrett is simply the greatest close-up magician alive today.” His magic defies logic and understanding, changing the things one thought were possible. Thomas recently returned from London, where he performed for an exclusive gathering at Madonna’s home.

Kozmo is a legendary street performer who has thrilled audiences from Bourbon Street to the Great Wall of China with his hilarious brand of magic. Kozmo has appeared on “The Tonight Show,” in addition to performing on the street and on stages around the world.

Maxwell serves as master of ceremonies for the Mental Madness Show and stuns audiences with his predictions.

With help from the audience, these incredible magicians will take the audience to moments beyond their wildest imagination. They have performed for Willie Nelson, Paul McCartney, Martina McBride, Scarlett Johansson, Seth Rogan, Jay Leno, Trace Adkins, Johnny Depp, David Copperfield, and Olivia Wilde — and now for the opera house audience.

Doors open at 6:30 p.m. on the night of the show, with the magic beginning at 7 p.m. Refreshments will be available.

The evening is not recommended for young children. The magicians ask that all audience members be at least 11 years old and accompanied by an adult.