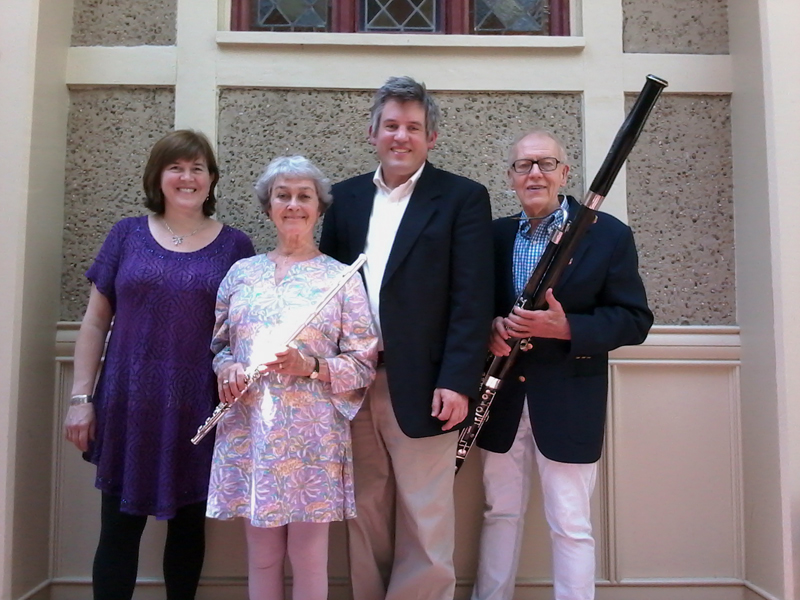 Back by popular demand, Maine Friends of Music, a professional chamber ensemble composed of renowned soprano Mary Sullivan, flutist Linda Brunner, bassoonist David DeBolt, and keyboardist Sean Fleming, will perform at the Knox Museum in Thomaston on Sunday, July 21 at 7 p.m. and the Union Church of South Bristol on Sunday, July 28 at 4 p.m. For more information, call David DeBolt at 644-8579 or visit mainefriendsofmusic.com.

The program will feature music by Couperin, Donizetti, Gershwin, Quantz, and more, including an arrangement of Rachmaninoff’s famous “Vocalise.” As a special treat, several new works will be performed, including the Maine premieres of DeBolt’s “House of Dreams” and Matthew Jackfert’s “A Train Through Snowy Thurmond.” And several song settings by mathematician and composer Steven Finch of Christina Rossetti and Joyce Carol Oates poems will be featured.

Maine Friends of Music specializes in quick-paced programs that create interesting listening experiences, with a variety of tone, colors, and styles. Much of the ensemble’s repertoire features a mixture of classic 18th-century Baroque selections, including works by Bach, Mozart, and Beethoven, as well as 20th century composers such as Debussy, Hindemith, Vaughan Williams, and Koechlin. New music written for the Maine Friends of Music concerts by crossover classical-jazz composer Bill Douglas, as well as material composed by Bernard Garfield, Sean Fleming, and David DeBolt expands the ensemble’s repertoire further.