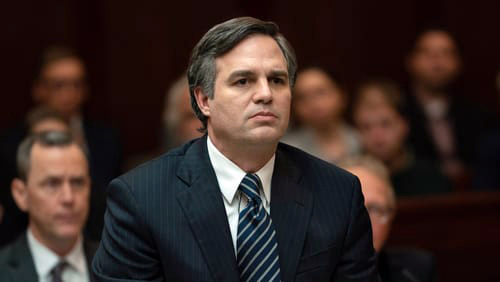 The film “Dark Waters,” coming to Harbor Theater on Friday, Jan. 10 through Thursday, Jan. 16, will have a special speaker for the screening on Saturday, Jan. 11 at 7 p.m.

In the film, Mark Ruffalo, who was nominated for Best Actor in “Spotlight,” the film that won the Oscar for Best Picture in 2015, plays the West Virginia attorney Rob Bilott, who uncovers that secret and exposes the company to litigation.

Ruffalo has a family connection to the Boothbay region. His mother, Marie Rose Ruffalo, an artist, and his stepfather, Jerry Hull, live in Boothbay Harbor year-round. Hull has agreed to introduce the film that night, and tell the audience a little about his stepson, the crusader who has stood up to corporations destroying the environment, not only in film but in his own life.

“Dark Waters” tells the shocking story of the DuPont chemical company, the giant corporation that hid a dark secret about its successful product Teflon after it found that the chemicals used in that product caused a growing number of unexplained deaths.

When Ruffalo bought a home in Calicoon, a small town in the New York Catskills, he discovered that across the border in Pennsylvania, a large corporation was doing oil fracking. He immediately jumped in to oppose such action. When he got involved with the film “Dark Waters,” he discovered that PFAS chemicals are a family of thousands of highly toxic “forever” chemicals that don’t break down and can stay in people’s bodies and in the environment for decades.

Ruffalo and the other producers of the film have launched a campaign called Fight Forever Chemicals, to fight for stronger environmental protection against corporate malfeasance.

Hull will tell attendees more about that campaign and why his stepson has always risen to the call when he finds an environmental problem.

Doors open at 6:15 p.m. and Eventide Specialties will present a wine-and-cheese reception before the introduction to the film, which starts at 6:45 p.m.

“It’s a perfect movie, and not the least of its power is due to Ruffalo’s flawless performance,” said Rex Reed, of the Observer.