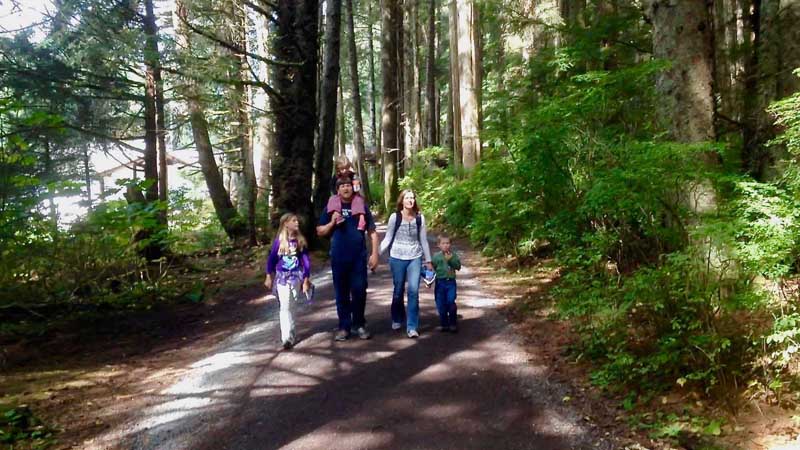 A scene from “Dragging 235 Pounds Uphill Both Ways.”

What do an Inuit father and son, a coastal Madagascar community, and a frustrated mom trying to wean her four kids off of their screens have in common? They are all subjects of short films that will be shown as part of the Wild and Scenic Film Festival hosted by Midcoast Conservancy on Sunday, Nov. 11.

In all, nine films about various environmental issues will be screened at the Crosby Center in Belfast. Topics include author Wallace Stegner’s famous 1960 letter to Congress about the importance of wilderness; biomimicry, the practice of looking deeply into nature for solutions to engineering, design, and other challenges; and a multicultural band of warriors in Canada and their successful fight to prevent a natural gas company from fracking in their community.

The Wild and Scenic Film Festival is a festival by activists and for activists; it is organized and produced by the South Yuba River Citizens League, which was founded in 1983 as a community effort to protect and restore the rivers of the league’s California home watershed, from source to sea.

At the festival, one can witness how individuals and communities across the globe are taking action and becoming part of the solution on issues ranging from energy, food systems, biodiversity, and climate change to the protection and restoration of wild lands and wild waters. One can explore the issues and movements with leading environmental activists and professionals, filmmakers, and celebrities.

The goal is to leave audience members inspired and motivated to go and make changes locally. After the screening, all are invited to stay for refreshments and conversation about the films. To see the full film schedule, for more information, or to purchase tickets, go to midcoastconservancy.org/events/wild-and-scenic-film-festival or call Midcoast Conservancy at 389-5150.